Backstory: Journalists as Witnesses Have Become Easy Targets for Murder 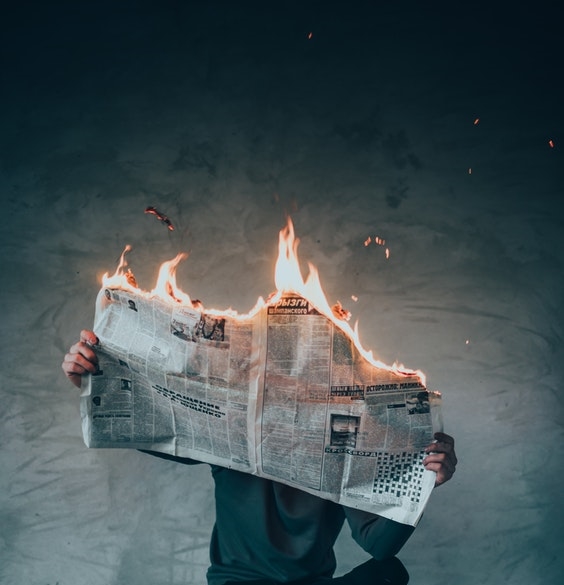 For 31 long years, it was the witness of a newspaper photographer that had helped to keep the possibility of justice alive for the 42 men mowed down in Hashimpura by Uttar Pradesh’s Provincial Armed Constabulary just for being Muslim in the aftermath of the Meerut riots (‘Hashimpura Conviction: Clinching Evidence was Diary With Names of Policemen on Riot Duty’, October 31).

Rebecca John, a senior advocate, who along with Vrinda Grover had represented the families of the victims, acknowledged this after the historic high court verdict of October 31, in her Facebook post:

“Sometimes, the most innocuous piece of evidence, captures the horror of the moment . Praveen Jain , the iconic photographs you took while hiding behind bushes, on 21st May 1987, showed the men of Hashimpura being taken away by the PAC. These photographs were part of the court record. Praveen Jain appeared as a witness in the trial and even produced negatives of all the photographs taken. The surviving eyewitness used these photographs to identify the other victims of the crime. Thank you sir.”

This capacity of journalism to reflect inalienable truths, and keep them alive long after public amnesia has set in, is also what makes the journalist so vulnerable to attack from those who fear exposure. The pattern is becoming tragically predictable. Take the recent lynching of Chandan Tiwari, reporter for Aaj, in Chatra district, Jharkhand.

Journalists, often located in small towns, attract the hostility of powerful local mafias. They are warned to back off. At this stage, they may file a police complaint. Usually nothing concrete emerges. They carry on reporting despite feeling increasingly vulnerable. Finally, the inevitable happens, and they end up dead.

With every such death, a body of information, possibly of considerable public importance, also gets eliminated – and that ultimately is the purpose of such assassinations. Almost every incident of this kind, whether it was Saudi Arabia’s Jamal Khashoggi (‘Khashoggi’s Murder Finally Brings Attention to Plight of Arab World’s Exiled Critics’, November 3), a Saleem Shahzad in Pakistan or a Gauri Lankesh in India, is about controlling the narrative and the public’s right to know.

Every such murder comes with a long trail of fear, and in some regions more manifest than in others. The piece, ‘The Fate of Press Freedom in India Over the Years’, (November 2) notes how some media outlets in Kashmir have become targets of direct violence by soldiers with the government’s tacit consent. The Kashmir Valley in fact has emerged as a minefield for mediapersons, far more pernicious than anywhere in India (‘The Numbers Prove Kashmir Is a Highly Unsafe Place for Journalists’, November 2). Significantly, “in virtually all of these cases, there has been no proper investigation, let alone arrests and prosecutions”.

Also read: Backstory: #MeToo Is About an Individual’s Rights but Is Far Larger Than a Single Person

In this context, the value of the hashtag #TruthNeverDies cannot be emphasised enough, as The Wire editorial, ‘#TruthNeverDies: For Democracy to Survive, Attacks on Journalists Must End’ (November 2), underlines.

What is at stake here is “a space to work freely and without fear”. What is the need of the times is “to consider the multiple factors that have created conditions that make it dangerous to do a job that is critical in a democracy.” What is imperative is to “call out the forces responsible for building up the prevailing atmosphere.”

On its part, this news portal has added its voice to the International Day to End Impunity for Crimes Against Journalists, in order to “make the perpetrators understand that their crimes will not remain unpunished, that 1,000 journalists will rise when one will fall…”

Journalists everywhere in India have over the last few years come to perceive the threat of physical elimination as a major reality of their work space. There is a great deal more activism on this issue among the community than at any other time previously, with almost realtime information being put out by organisations set up for the protection of journalists and the establishment of free speech tracker hubs run by professional mediapersons (a recent example: https://freespeechcollective.in/).

Yet, despite this, the ordinary Indian – the reader, viewer, user of social media platforms or visitor of news portals – has not sufficiently grasped the crisis. “The itch to silence and control” the media (‘Voices Like Gauri Lankesh Will Not Be Allowed to Defy, That Is Why She Had to Be Killed’, November 2) impacts not just the journalist involved but the country as a whole, and there is little public acknowledgement of this simple fact. We still have a long way to go, it seems, before India too sees mass demonstrations demanding a public media that is non-partisan and free, such as those that Budapest witnessed in the wake of the re-election this April of Viktor Orban, the populist right wing demagogue.

Meanwhile, the steady undermining of the media as an institution carries on apace under a government that “regards protests and dissent as anti-national” (‘BJP Has Shown That Curbs on Freedom Come in Many Guises’, November 2).  We have reached a point where planted disinformation through once credible news outlets is being accompanied by the cranking up of the government publicity machine.  The article, ‘Modi Government Has Already Spent Double What the UPA Did on Publicity’ (October 29), cites interesting data accessed through RTI: so far, from mid-2014 to September 2018, Rs 4996.61 crore has been spent on publicising  the government’s achievements. As we careen towards another general election, there are no prizes for guessing that this amount is set to grow exponentially.

Over the last month or so, the #MeToo movement has unleashed a great number of gender insurgencies in the country, including some extremely creative ones  as The Wire piece on some of the memes that emerged (‘Meme by Meme: Some Basic Lessons from India’s #MeToo Movement’, November 2), would indicate.

It has the potential of deepening public understanding of sexual violence as part of a continuum of crimes that range from those deemed as “minor”, such as sexist comments, to something like rape and battery. It has also trained the light on the nature of “consent” in gender relations and should, for instance, have caused someone like M.J. Akbar, and his lawyers, to think twice before claiming that his relationship to a woman who has accused him of rape was actually “consensual” (‘US-Based Journalist Says M.J. Akbar Raped Her; Ex-Minister Claims Relationship Was Consensual’, November 2).

The capacity for re-thinking and introspection on such issues is linked to the empathy we are prepared to accord the victim-survivor. In many ways, “we will never be able to estimate the true cost of sexual assault. The ways in which women – even those who flourish – arrange their lives after an assault are impossible to imagine” (‘The Unimaginable Costs of Sexual Assault’, October 3). Most important of all, the #MeToo movement has underlined that being a bystander, whether in the office space or on a city street, comes with responsibilities. The piece, ‘The ‘Bystander Effect’ and Sexual Assault’ (October 8), argues: “We, as a society, should strive to become better bystanders by noticing the warning signs of a potential assault, knowing strategies to intervene, and remembering that we have a collective responsibility to prevent sexual assault.”

Dr R. Ravi Kumar, MD DM, a senior cardiologist with Gleneagles Global Hospitals, Chennai, has written this rejoinder to the piece, ‘The Seamy Underbelly of Organ Transplantation in India’ (October 14):

“The article betrays gross ignorance of ground reality. All cadaver donor-related transplants are ethically allocated and perfectly regulated by NOTTO and State organ sharing registries. Heart and lung transplants are technically challenging fields and some hospitals in Chennai have pioneered this emerging but complex medical technique in India. The number of lives so saved due to timely heart transplants in Chennai over the last six years is more than 300. Comparative numbers, of successful heart transplants in elite government hospitals like PGI, Chandigarh, or AIIMS, Delhi, are less.

“The challenges of overcoming the short window period for transplanting heart from a deceased donor to a critically ill or dying patient is no child play and requires complex logistic support otherwise the organ would surely be wasted. So one fails to understand what is the unethicality of 25% of heart transplants being done for foreign patients. The field is in its infancy in India, and government reimbursement is poor or non-existent, hence a lot of Indians are unable to access this procedure. The article quoted would have done well to suggest measures to rectify the situation, which would help cut down available hearts going to foreigners. In fact, the author should have lauded the successful TN heart transplant reimbursement scheme, in which Rs 15 lakh is given to private hospitals for heart transplant to BPL patients.

“Also, instead of welcoming this life-saving technology in India, the writer focuses on picking holes and chasing non-existent devils. It is completely untrue that, in the Salem case, the TN government found hospitals giving preference to foreigners. A government-appointed inquiry into it found no wrongdoing. A Tamil Nadu minister is also on record to state that no Indians have been overlooked in the state in favour of foreigners. It is also important to note that Hospitals have no role in organ allocation. This is done by TRANSTAN or NOTTO.

“One would have expected more maturity and sagacity from the writer, who is a super specialist doctor, while analysing new treatment modalities in a developing country like India. Such pieces run the risk of pushing back important advances in medicine by several years.”

I have been receiving mail from readers wanting to know the status of the external inquiry into the sexual harassment allegations against Mr Vinod Dua. I am informed that the external committee is looking into the matter currently and that no statement or comment by either party or anybody else on the subject matter of the allegations will be carried until termination of the inquiry proceedings.

The Wire desk generally does a careful job on handling typos, but this one jumped out of the screen because it was in a headline: ‘Tejashwi Yadav’s Posters With Rape-Accused RJD Leader Spraks Controversy’ (October 31).