Here is a person who is acknowledged as the most eminent scholar and public intellectual of Assam. But not a single newspaper from the state wants to publish his articles. 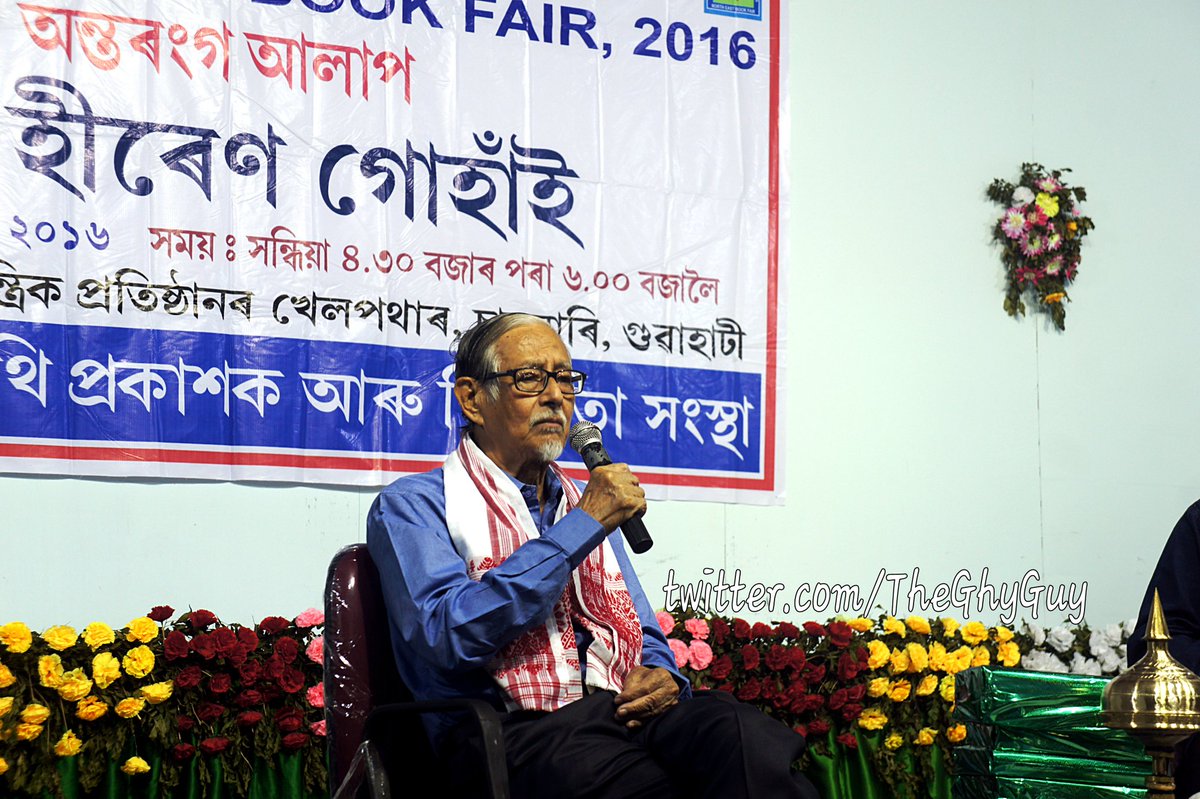 We are yet to understand the significance and ramifications of a thing which has happened in the field of journalism in Assam recently. This relates t Hiren Gohain who is considered to be the foremost public intellectual and author of Assam. He had a distinguished academic career with a doctorate degree from the University of Cambridge in English literature. This was a rare feat for an Assamese in those days.

As a Marxist scholar and critic, he set a new trend in literary criticism in Assam in the 1970s. Besides, being a man of learning and formidable scholarship he has been taking an active part in the sociopolitical life of Assam since his teaching days at Gauhati University. He doesn’t mince words and always calls a spade a spade.

For his clear and bold stance on issues affecting Assam, he has earned rare recognition among the people. He is the face of Assam’s public intellectual outside the state. In the heydays of the Assam Movement, Gohain was publicly humiliated and physically assaulted by a section of the supporters of the movement for his critical views on the movement. The younger generation of today may not know why and how Hiren Gohain is revered and respected so much by the ordinary people of Assam. He hasn’t got this love and recognition from the people of Assam overnight.

Despite having an outstanding academic career, all through his life he has suffered a lot at the hands of his opponents and the powers that be for his uncompromising position on various things and issues. Hiren Gohain is not infallible. Nobody is infallible. That is not the issue.

The issue is when you think that something is not right you must have the courage to say it. Most importantly you must not be shy of taking a stand on a controversial issue for fear of criticism. Whatever may be the consequences you must have the guts to speak the truth. You must speak truth to power. All through his life, Gohain has been doing that. That is why people have conceded him that much respect. Of late, to speak on issues of public interest has been his vocation.

After it became public, the major opposition parties held press conferences and demanded that the government should come clean on it which is a normal and routine thing for such matters. But the news of the opposition press meet was blacked out by the mainstream media. It was neither aired nor published by them.

It was understood that they did it under pressure from the government which was unprecedented. This was the first chapter of the compromise and kneeling down of the mainstream media in Assam.

The second chapter of the media compromise began centring on Hiren Gohain. I have already mentioned the uncompromising nature of Gohain. Since the BJP came to power at the Centre, he has been a vocal critic of the policies of this government.

Each wrong-doing and arbitrary act of the government was exposed by him. And he was unsparing in his criticism. At this age, he led a strong anti-Citizenship Amendment Act (CAA) campaign against the government. For his critical views of the present government, one after another newspapers stopped publishing his column.

For the last few years, only one newspaper was publishing his writings. But, when Gohain wrote on the alleged land scam of the close family members of the chief minister, this newspaper paper also expressed its inability to publish his writings. Now, there is no newspaper to publish Gohain’s column.

Here is a person who is acknowledged as the most eminent scholar and public intellectual of Assam. But there is not a single newspaper from the state to publish his articles. Why aren’t they publishing him? Because of his critical views. This is the greatest irony and paradox. This is the issue for our posterity.

Time will change. One day this dispensation will go. Future historians will study the history of this period. They will delve deep into the records and archives of the period. They will collate their data. They will assess Gohain’s contribution to Assamese society as a scholar and public intellectual.

What we know now our future generation will also know that. Maybe they will know that even in more detail. The posterity will remember Hiren Gohain for his boldness and nonconformist position. And the same posterity will also remember these editors and owners of the newspapers for their cowardice. We should know that history is unsparing.

Paresh Malakar is a commentator based in Guwahati.

This article was originally published on Northeast Now.