The case is related to the deaths of interior designer Anvay Naik and his mother Kumud Naik. 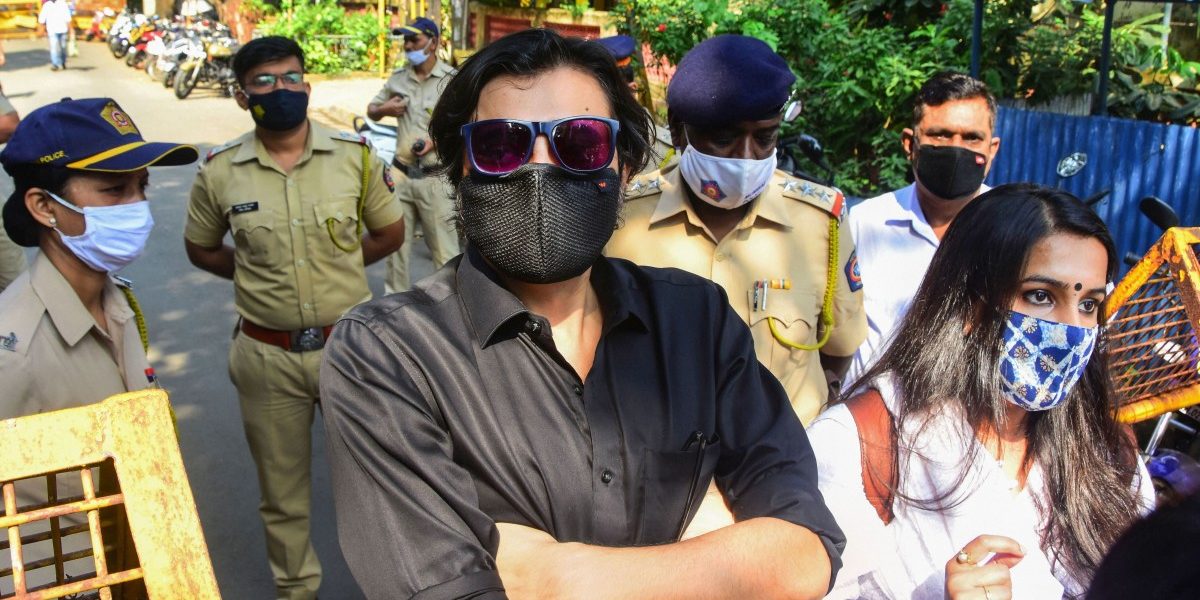 New Delhi: Republic TV editor Arnab Goswami was picked up from his Mumbai residence on Wednesday morning by the Maharashtra police, according to reports, in connection with a 2018 suicide abetment case. The case is related to the deaths of interior designer Anvay Naik and his mother Kumud Naik.

After Anvay and Kumud died by suicide in Alibaug in 2018, a suicide note was found in which Anvay alleged that Goswami and two others had not paid him Rs 5.40 crore, creating serious financial difficulties for him. The Alibaug police had registered a case then, but it was closed in 2019 by the Raigad police, Hindustan Times reported. A fresh probe was launched by Maharashtra home minister Anil Deshmukh in March, after Anvay’s daughter Adnya Naik approached him.

Adnya and her mother, Akshata Naik, have also been running a social media campaign asking for justice in the case.

Arnab Goswami is shouting for Sushant Singh Rajput’s suicide, but what about my husband and mother-in-law who suicided because of Mr. Arnab Goswami?

What is happening to my case? When will justice be granted to our family?

WHY STILL THERE IS NO ACTION? pic.twitter.com/uYtFArl1Hi

Republic TV, while reporting live on Goswami’s detention, alleged that the anchor had been “assaulted” and began a Twitter hashtag in his support. However, no footage of the alleged assault was shared by the channel.

More screenshots from Republic TV that show Arnab Goswami being forced into a police van pic.twitter.com/Eswp8V1xbD

In a statement made to Mirror Now, joint commissioner of the Mumbai police Milind Bharambe said that the operation was conducted by the Raigad police, with the Mumbai police assisting. Goswami will be taken to Raigad, he said.

The Editors Guild of India has issued a statement calling Goswami’s arrest “shocking” and “extremely distressing”.

The Editors Guild of India has issued a statement on the arrest of Arnab Goswami, editor-in-chief of Republic TV. pic.twitter.com/gL3MstVlla

Congress and its allies have shamed democracy once again.

Blatant misuse of state power against Republic TV & Arnab Goswami is an attack on individual freedom and the 4th pillar of democracy.

It reminds us of the Emergency. This attack on free press must be and WILL BE OPPOSED.

BJP leader and former MP Kirit Somaiya expressed his support for Goswami, saying the Maharashtra police was abusing its power.

BJP national general secretary B.L. Santosh too tweeted in Goswami’s support, saying the police action was an assault on freedom of expression.

This assault on @republic TV & its editor Sri Arnab Goswami is an assault on FOE . It’s nothing but MOBOCRACY at its worst by @INCIndia , MVA Govt & Mumbai Police Commissioner . They will have to answer to Nation for their sinful deed . #IndiaWithArnab

Several other BJP leaders too expressed their support for the Republic TV editor, leading many journalists and social media users to question why the party was not similarly shocked when journalists were targeted in BJP-ruled states.

Goswami’s arrest comes at a time when his channel, Republic TV, is also being probed by the Maharashtra police in an alleged TRP scam case.

Hours after Goswami was arrested, Naik’s wife Akshata and daughter Adnya addressed the media in Mumbai. Akshata welcomed the Raigad police’s decision to arrest Goswami in the 2018 suicide case of her husband. Adnya recalled how Naik’s final days, saying, “My father had put all his energy into finishing his last project and only because of Arnab Goswami my father lost everything… even his life.”

Akshata also questioned the previous ruling dispensation for hushing up her complaint and not taking any action in the series of complaints that she made after Naik’s death by suicide. “A common man would want to trust the police. When we approach them with our grievances, we expect them to act upon it. But the way the police behaved in the past had made us lose all our faith in them,” Akshata said.

“We do not want to make the issue political. I have lost two family members due to this issue. We want people to understand how powerful people like Arnab Goswami get away with such things. The arrest should have been made much earlier,” Adnya said.

In January 2010, the Supreme Court had held that for a case of abetment to be made out, there must be mens rea or intention – so the accused must have intended for the person to die by suicide. Given that, a suicide note is not enough to file abetment charges, several legal experts have held.

“The Supreme Court, in several rulings on abetment of suicide cases, has held that there must be a clear case of instigation by direct or indirect acts. The deceased may have blamed someone but that doesn’t constitute abetment. Here, his intention is the key,” advocate Aabad Ponda told the Times of India with respect to a different case. “It is not as innocuous as it seems. The test is to see whether the instigation, if any, is such that it can drive a prudent person to commit suicide, or if the note is left by an emotionally troubled mind.”