The fact that the university's mess remained closed in the afternoon during Ramzan was the truth, but that this was done to force non-Muslims to fast was post-truth. 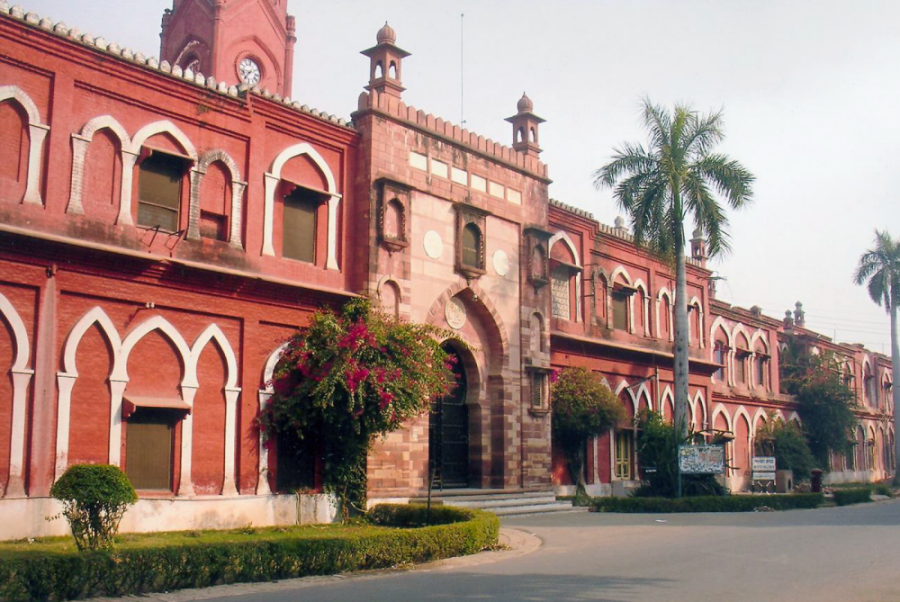 Post-truth – a term that has recently seen a spike in usage in political context. Many believe that the concept is yet another fraudulent notion originating from the West, just like post-modernism, post-Marxism or post-feminism. But post-truth is a reality today which is bound to have a decisive impact on the times to come.

Post-truth is anything that is not the truth despite being true and not a lie despite being false. Borders blur between truth and lies. Post-truth has a peculiar way of interpreting truth so that it may neither be true nor be a lie.

Media presents a certain interpretation as the truth and forces us to believe it as such. There is nothing one can do to prove it otherwise. To assign an arbitrary meaning to an incident and propagate it as the truth among the masses is post-truth.

Post-truth allows the media to construct pious truths around those in power despite their sins. It allows the media to form governments and run the system of their own accord. The struggle to convert truth into post-truth has gone on for a long time but in an era where mass media runs the show, it has become easier. If the British colonial rulers had access to such means, Bhagat Singh would have easily been portrayed as an enemy of the Indian masses and a dreaded terrorist.

Recently, several bizarre instances of post-truths have been propagated in India. When Kashmir witnessed a decline in stone-pelting incidents last November, Prime Minister Narendra Modi’s demonetisation move was hailed for it. It is common knowledge that the winter season is a relatively peaceful time in the unrest-hit state every year. But this year, it was linked to the effects of demonetisation, which supposedly acted as a deterrent for the Pakistani-handlers who were paying money in Rs 500 denominations to the stone pelters.

After an incident of sloganeering at Jawaharlal Nehru University (JNU) last year, the university is still labelled a hub of anti-nationals and terrorists despite the details of the incident being unclear. There is no definite information about those who shouted anti-India slogans and the purpose behind it. According to a world ranking of institutions of higher education, JNU is one of the top universities in India. Yet it could not escape the harm post-truth caused to its image.

The target is now AMU

Currently, Aligarh Muslim University (AMU) is in the crosshairs of this culture of post-truth. ‘Ghanti Bajao,’ which is telecast on ABP News, is aimed at creating awareness around several so-called social issues. In one of its episodes telecast on May 30, it claimed to have carried out an investigation on a rumour circulating on social media alleging that non-Muslim students were being forced to fast in AMU during the month of Ramzan.

Mindless rumours circulate on social media every other day but with no consequence. The country has been through several ups and downs in the past, but AMU has not witnessed any communal tension. It is true that during the Muslim holy month of Ramzan, the timings of the mess change. Breakfast is served with sehri, the pre-dawn meal, and lunch is served at the time of iftar, or the breaking of the fast. But during the course of the day, there is no restriction on eating.

In fact, not every Muslim student of AMU fasts. Other canteens in the neighbourhood or dhabas serve food throughout the day with curtains drawn in front of them. The only purpose the curtain serves is to let those who wish to eat do so freely without causing any discomfort to the ones who are fasting.

I know this from personal experience, having spent 12 years in the university. The month of Ramzan is a month of great peace and harmony. Non-Muslims are invited to iftar parties, who in turn organise such parties for their Muslim friends. Some even fast once or twice during the month out of their own willingness and interest.

Religious harmony abounds during Ramzan, and giving a communal tenor to the holy month is the work of a mind that cannot imagine a place where Muslims and Hindus can peacefully co-exist. Behind the ABP story, such a mind was at work.

The moment this allegation came to light, the AMU administration decided to break its conventional schedule and started serving food to non-Muslim students. This further strengthened the allegation made by the channel.

The fact that the mess remained closed in the afternoon during the month of Ramzan was the truth, but that it was done with the intention to force Hindus to fast was post-truth. And such a post-truth turned the atmosphere of harmony and peace into one of tension.

The channel took credit for the administration’s decision to change the mess timings and presented it as the result of a ‘struggle’ which never existed in the first place. But for the channel and millions of its viewers, this post-truth has become the actual truth about AMU. It does not matter how many times the Hindu students of AMU deny it, their denial will only be perceived as coming under pressure.

For instance, a law student, Rashmi, residing in the Begum Sultan Jahan hostel, made fun of such senseless allegations in a Facebook post. She clarified, “In Ramzan, non-Muslims get to enjoy sehri and iftar in addition to usual meals of the day. As the number of students having lunch is less, the mess is serving a light lunch.”

How does the channel profit from such deceptive reports? It gets to provoke the Hindutva sentiment which tends to get hurt easily. Besides, in this age of Hindu solidarity, such reports rake in views and boost TRP ratings. It also helps them further polarise the two communities and strengthens communal politics.

The Akhil Bhartiya Vidyarthi Parishad staged a protest against AMU for allegedly forcing Islam on its Hindu students. Post-truth journalism has done its job. For truth to now find its lost identity will be challenging beyond words.

Ashutosh Kumar is a professor in Delhi University.