After the NDTV Raids, It Cannot Be Journalism as Usual for the Indian Media

The Emergency, imposed 42 years ago this month, holds lessons for the Indian media. 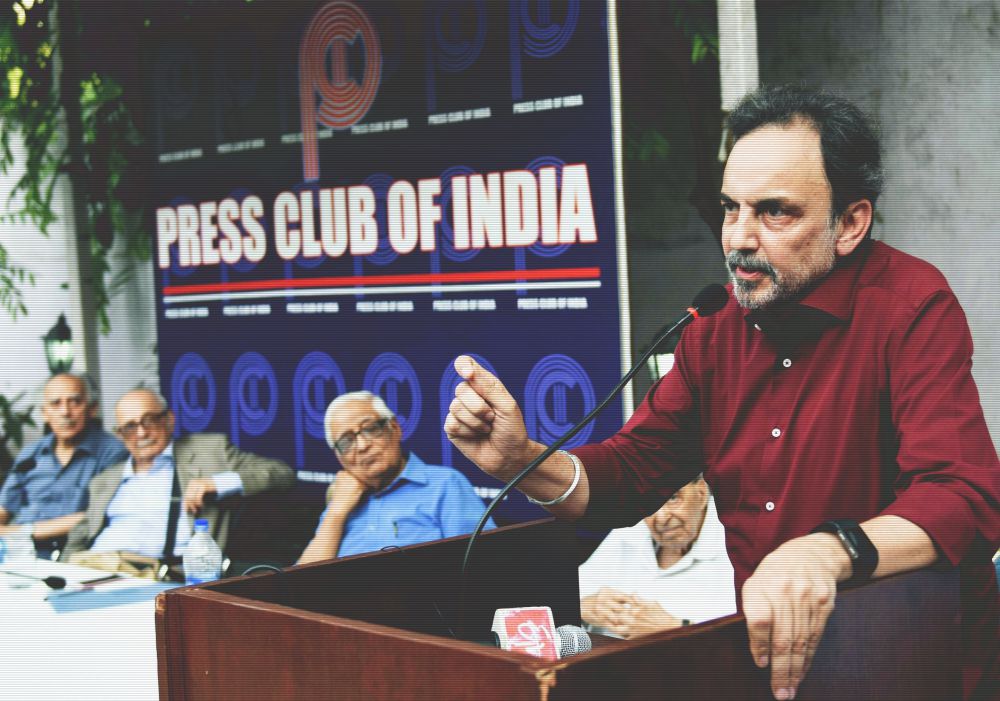 The year 1971 was a landmark one for Indira Gandhi. Buffeted by political opposition from within the party, the relatively new prime minister took a risk and called for mid-term elections at the beginning of the year, which she won handsomely, riding on the slogan of ‘garibi hatao‘. The rest of the year was spent in dealing with the refugee crisis in East Pakistan and some adroit diplomacy in the face of hostility from the US. In December, India won the war with Pakistan and helped create Bangladesh. Not to be forgotten are the two back-to-back victories in away test series against the West Indies and England. The country was in an ebullient mood.

The euphoria soon began to unravel. In 1973, student riots and the sudden oil price shock rattled the government. A year later, the railways strike led by George Fernandes, though unsuccessful, set off a wave of unrest. With the opposition uniting under Jayaprakash Narayan, who eventually gave a call to the armed forces to lay down their arms and a judgement that held her guilty of election malpractice, Gandhi saw a conspiracy against her and imposed an internal Emergency in June 1975.

Emergency is a word that is being bandied about a lot exactly 42 years later. The recent raids on the residence of Prannoy and Radhika Roy, founders of NDTV, have brought back memories of those dark days when the press was censored by the government, and in his speech at the Press Club of India last week, Arun Shourie invoked the Emergency. We are in a soft, undeclared Emergency, it is often said.

It would certainly seem so. Dissent is seen as anti-national and seditious and a vast majority of the media, especially the bigger players, have gone tame. Rarely, if ever, is the prime minister criticised and even the questions raised about government policies are done with utmost caution and equivalence. All this without any overt pressure from the government – the media went down on its knees without even being asked to bend.

Even this does not seem to please the government. The bogus fig leaf of there being allegations of fraud against the Roys does not hide for a moment the real intention of the government – to further intimidate the media. The well attended meeting at the Press Club and the tone of the speeches indicate that media professionals were quick to grasp this. The lack of strong editorials against the raid is an ironical reiteration of the fact that some have taken the government’s action to heart and decided that it is best not to ruffle any feathers.

Also read: A Free Press Must Be Defended

Yet, are we really in an Emergency-like situation? There was much more to it than just censoring and intimidating the media. Politicians and unionists (and journalists) were jailed, civil rights were suspended, the courts fell in line with the government’s wishes and excesses, such as mass sterilisations, were carried out and remained unreported. It is also important to note that the Emergency was imposed with due legal process. No one has yet been jailed and citizens still have their civil rights. And the lynchings by cow vigilantes are duly reported.

This is not a technical quibble. The damage caused by the promulgation of the Emergency was real and played havoc with people’s lives. The climate of fear too was tangible and with the press being muzzled (and showing little or no resistance), there was no outlet for any dissent. If large sections of the media today are being timid, it is their fault and there are enough avenues for self-expression and disagreement. The social media, much maligned though it is, provides a platform to question and expose the powers that be.

In some ways though, there is a sense of déjà vu of the run up to the Emergency in 1976. The euphoria of 2014 has dissipated, ‘acche din‘ have turned out to be a mirage, farmers are protesting and Dalits are uniting as a political force around the country. How soon before the besieged minorities too come together? For the BJP, this may be irrelevant since it continues to win elections, but there is no getting away from the fact that there is unease and unrest in the air. Friendly television channels may attack the opposition parties, but most others do write about farmers’ strikes. The world is getting not stories about investment opportunities but images of poor men being lynched and old women being beaten up. And of an economy that is not doing as well as had been hoped.

The raids on the Roys could thus be a way to ensure that the media – compliant as well as independent-minded – doesn’t get too critical. NDTV is one of the more professional and balanced channels, but it did drop an interview with P. Chidambaram saying it would “not air any remarks that risk security for political advantage.” The channel ran a campaign on the prime minister’s favourite Swacch Bharat Abhiyaan. All of this did not buy it protection in the end. It is a lesson other media houses would do well to fully grasp.

In 1977, after the Emergency was lifted and Gandhi lost the elections, the media was reinvigorated. New magazines were launched, investigative journalism became popular and journalists swore they would never again succumb to government diktats. The protests in the aftermath of the NDTV raids would go to waste if a similar re-energising does not happen now. The media – the real media, that is, not the propagandists – should now swear that it will do its job professionally and not compromise on its basic dharma – that of asking questions to all those who wield political, economic and social power. That it will point out failings without fear or favour and demand accountability. That it will not indulge in self-censorship. That it will not be journalism as usual. If after this hard lesson the Indian media goes back to its old ways, perhaps it deserve what it gets.