The ministry advised against content which may contain anything affecting the "integrity of the nation." 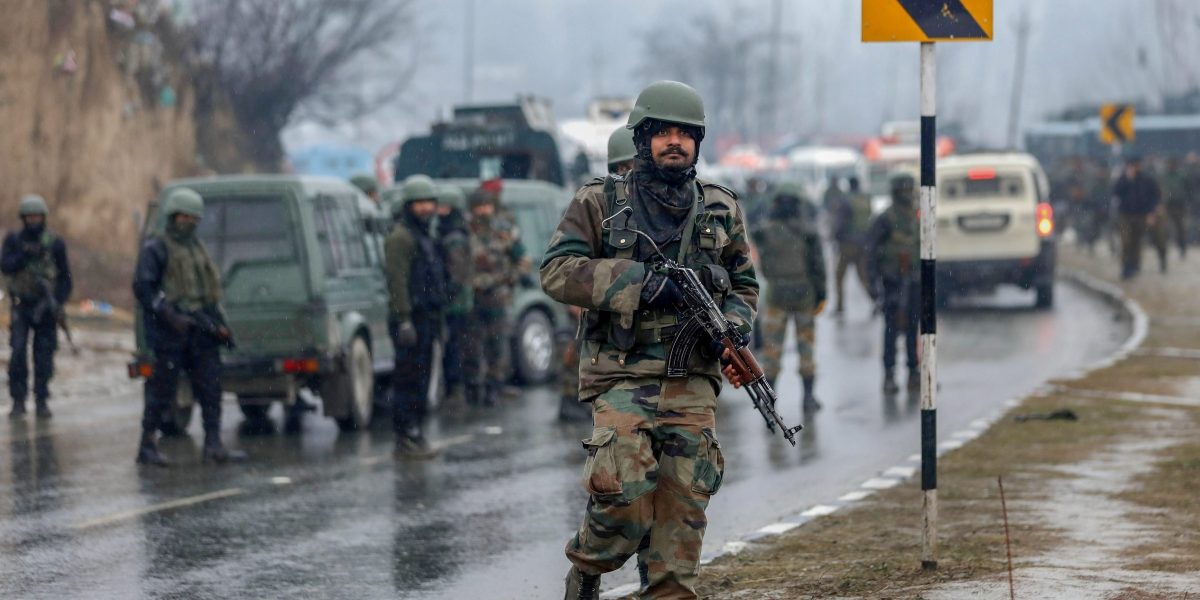 Awantipora: Army soldiers near the site of suicide bomb attack at Lathepora Awantipora in Pulwama district of south Kashmir, Thursday, February 14, 2019. At least 40 CRPF jawans were killed and dozens other injured when a CRPF convoy was attacked. Credit: PTI

New Delhi:The ministry of information and broadcasting on Thursday issued an advisory to all private satellite TV channels to be mindful of broadcasting content pertaining to the “recent terrorist attack” in Jammu and Kashmir.

The ministry advised channels to be particularly cautious with regard to any content which is likely to incite violence or “contains anything against the maintenance of law and order or which promotes anti-national attitudes.”

Furthermore, it also advised against content which may contain anything affecting the “integrity of the nation.” 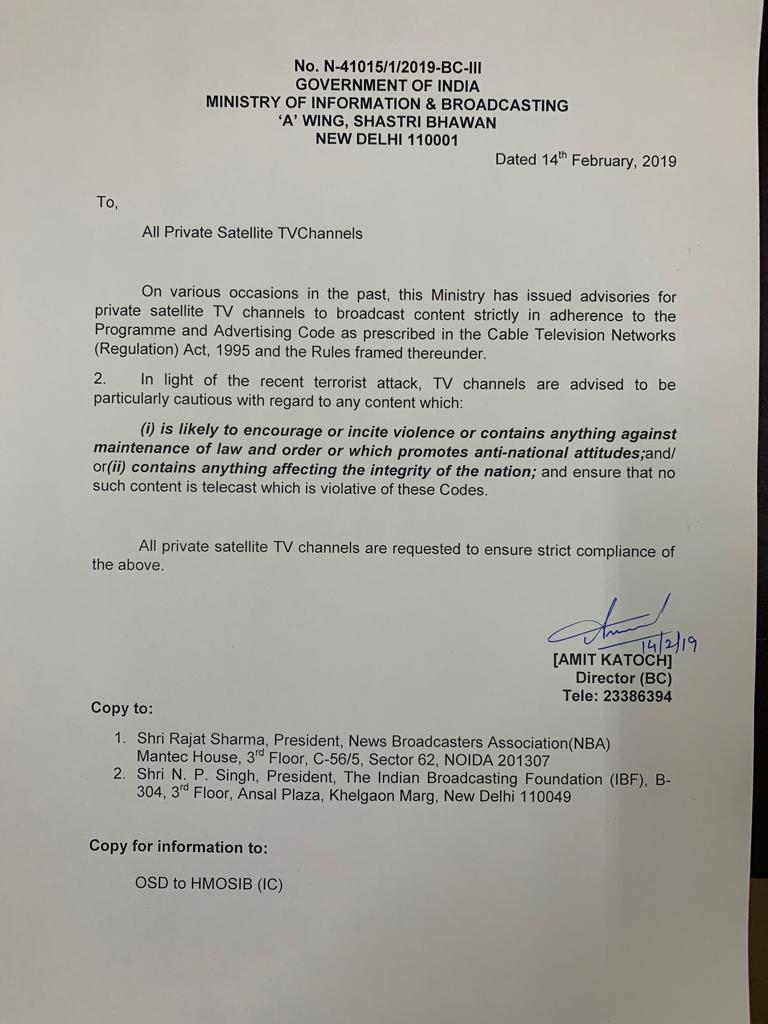 Copy of the advisory issued by the information and broadcasting ministry.

The ministry cited that on various occasions in the past, it has issued advisories for private satellite TV channels to broadcast content “strictly in adherence to the Programme and Advertising Code as prescribed in the Cable Television Networks (Regulation) Act, 1995.

The advisory was signed by Amit Katoch, director of the broadcast division. Copies were sent to the Indian Broadcasting Foundation and the News Broadcasters Association

As per latest media reports coming from Kashmir, over 30 security personnel have been killed and many injured in an IED attack by a suspected suicide bomber in Pulwama, situated about 20 km from state capital Srinagar. Pakistan-based militant outfit Jaish-e-Mohammed has claimed responsibility for the attack.

Soon after the news spread, several news channels posted on their Twitter handles the promos of prime time shows based on the attack with hashtags like #endcoverforlobby, #indiawantsrevenge

NOW: An attack as deadly as Uri. As India demands answers, lens on terror ‘apologists’. Strip security, ban from polls. Pressure on Modi to avenge

#IndiaWantsRevenge | 40 martyred in worst ever attack on our soil: Any other option but to hit back? pic.twitter.com/la1XMtgBhG