While most Asian currencies are weakening, the rupee has been among the three biggest losers, having shed over 5% of its value between February and June 2018. 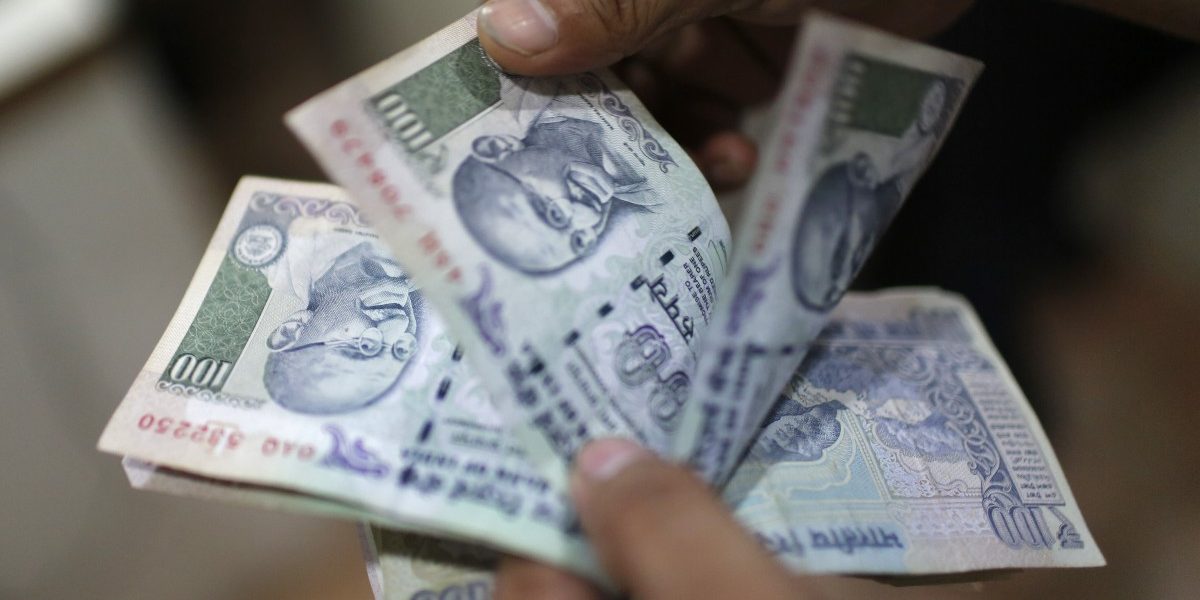 What is adding to the pressure on the Indian rupee right now is the current meltdown in the Turkish lira. Credit: Reuters

New Delhi: The rupee plunged to historic lows of 70.1 per dollar on Tuesday, and erased early gains, as global concerns about Turkey’s economic woes persisted.

The rupee was last at 69.99 to the dollar, compared with its previous close of 69.95 per dollar. The ten-year benchmark bond yield inched up to 7.82% after staying muted in early trade.

As The Wire reported yesterday, the rupee has been under pressure since the beginning of 2018, as rising global oil prices pointed towards a few warning signs in India’s macroeconomic situation. In June, global currency forecasters estimated that the 70-level mark will be breached before the end of 2018.

According to Bloomberg data, while most Asian currencies are weakening, the rupee has been among the three biggest losers, having shed over 5% of its value between February and June 2018.

Some of this was because foreign institutional investors pulled money debt and equity for the first time in a decade in the first six months of this calendar year.

Why are Turkey’s woes complicating things?

What is adding to the pressure on the Indian rupee right now is the current meltdown in the Turkish lira.

Global markets fear that the Turkish economy is over-heating – the International Monetary Fund (IMF) noted in April 2018 that the country now faces “clear signs of overheating: a positive output gap, inflation well above target, and a wider current account deficit”. If the situation doesn’t improve, it may have to approach the IMF for a bailout.

For the first time Rupee has hit Rs.70 to a dollar mark. Post Turkey, contagion risks for EM economies have gone up. RBI Guv has said we are at the beginning of a currency war. China’s real economy and currency movement most critical indicators to be watched.

Turkish President Recep Tayyip Erdogan, however, believes that nothing is wrong and has implied that it is a conspiracy that is being plotted against his country.

“If they have their dollars, we have our people, our God,” Erdogan recently said.

What does this have to do with India though? The question is whether the Turkey contagion will spread to other emerging markets. As a few economic commentators have noted, some emerging market countries are “more vulnerable than others”. For instance, last week the Brazilian real lost 4% while the South African rand fell 5.5%.

As The Wire has analysed in the past, while India’s macroeconomic position is certainly more solid than it was in 2013, the Modi government should not be complacent either.

The Reserve Bank of India also plays a crucial role by intervening in the market to protect the rupee. There is evidence that it has stepped in multiple times over the last week, using the country’s foreign exchange reserves of $400 billion to stem the rupee’s fall.

“Let us not forget that 2017 was a very good year for the rupee where we outperformed all currencies. Even today after all the depreciation, our real effective exchange rate shows we are 15% overvalued which means we have more room to correct,” Ananth Narayan, associate professor at SP Jain, told The Economic Times recently.

Other experts like Peter Brandt, a well-known currency forecaster and CEO of Factor LLC, has noted that the worst is not over for the Indian rupee and sees the currency falling to “80 per dollar if it breaches the crucial level of 71”.