Recognising the Challenge of Income Inequality in India

While India may have moved closer to the more advanced countries on aggregate per capita income, Indians have moved away from one another on the same income measure. 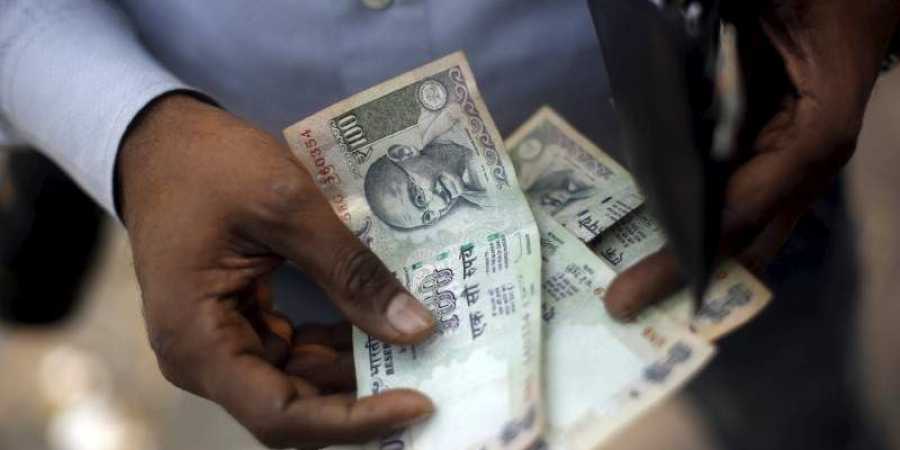 The recent proposal (NYAY) to provide Rs 6,000 per month to all households earning less than the monthly figure of Rs 12,000 and belonging to the poorest 20% of the population, and the controversy over India’s growth rates under the UPA vs NDA regimes are apparently unrelated.

But both have a connection with inequality, though different aspects of it.

While NYAY seeks to reduce inequality within the country by increasing the incomes of the poor, high growth rates by China and India tend to reduce international inequality between countries based on per capita incomes.

Branko Milanovic, a former World Bank economist, has shown that inequality within and between countries has not always moved in the same direction. While on per capita income, countries have moved towards one another, residents in a country have moved away from one another.

As we argue below, nowhere is this truer than in India which has witnessed high growth rates in the past two decades, notwithstanding disagreements over their precise magnitudes. According to the World Inequality Report, 2018, India is one of the most unequal countries in the world, with the national income share of the top 10% of households in 2016 far exceeding that in any other country. That income share in India recorded the steepest increase among all countries in the new millennium (2000-15) putting India in 2016 in the top spot – way above the richer countries like the US and Canada and comfortably ahead of China.

What is striking from the Report is that in the earlier years, when India was recording slower growth rates, the top 10%‘s income share placed India in the middle of the pack, but the situation has drastically changed since then. Interestingly, while we constantly compare ourselves with China on growth rates, what is lost sight of is the feature that the top 10%‘s income share in China has stayed well below that of India.

In this piece, I wish to share, with the readers, results from a study that my student, Parvin Singh, and I have just completed on global inequality focussing on the past two decades (1995-2011), and based on a global data base assembled by us from household surveys covering more than 80% of the world’s population. While the complete set of results are available on request, I will focus on the results for India and will try to put it in the global/regional context.

Elsewhere, in a paper with Kompal Sinha published in 2015 in the Journal of Human Development and Capabilities, we showed that China has done much better than India on non-money metric indicators as well. What is also revealing is that while China and India account for 36% of the world’s population, the share of their combined income is only 10% of world income. Even with their status as the fastest growing countries in the world over the past two decades, China and India command a relatively small share of the world income.

The Gini inequality measure lies between 0 and 1 with 0 denoting complete equality, and 1 extreme inequality, and higher values denoting greater inequality. Based on GDP size (in PPP), China, India and the USA are the three largest economies of the world. India is the only one out of the three that recorded a continuous increase in the Gini income inequality index, increasing from 0.312 in 1995 to 0.349 in 2011.

The fact that India’s Gini inequality is still behind that of China in 2011, while on the top 10%’s income share India occupies the top spot globally, suggests that much of India’s inequality and its increase over 1995-2011 can be attributed to the most affluent households pulling ahead of the rest in a manner that makes the Indian experience unique. In other words, if the inequality is decomposed between income groups, the contribution of the top 10% to total inequality in India is among the highest globally.

We will return to the policy implication of this feature before concluding this essay. And all this occurred when, thanks to what has been described as ‘first generation’ and ‘second generation’ reforms in India, the country was transformed from a poor growth performer to one of the fastest growing countries in the world. Within South Asia, India is second only to Sri Lanka in 2011 on Gini inequality and well ahead of her neighbours, Pakistan (0.295), Bangladesh (0.319), and Nepal (0.326).

India’s performance at the household level

Let me now move beyond inequality and assess India’s performance at the household level in comparison with the rest of Asia. We are able to do so since our analysis is based on unit records from household surveys from around 80 countries. Arranging households in ascending order of per capita income, we partition the households into 20 income classes of 5 percentiles each (0-5 %, 6-10%, ….,96-100%).

How did the regional composition of the income classes alter over the period 1995-2011?

This comparative picture between Africa and the Asia Pacific region is qualitatively the same until the 50% plus income percentiles when the movement goes in the reverse direction. Clearly, the movement of Asian households up the income ladder contrasts sharply with that of African households down the ladder in the global income distribution.

Focussing now exclusively on Asia, China and India contributed 8.33% each to households in the first two income classes (0-5%, 6- 10%) in 1995. At the end of our period in 2011, while there was no Chinese presence in the poorest income percentile, 25 % of such households resided in India, a clear worsening for the latter. Moving up the Asian income ladder, while there was a significant upward relocation of Chinese households towards the middle income classes over our period, the Indian presence continued to be significant only in the lower percentiles.

There is little evidence of significant upward relocation of Indian households in the Asian income distribution. On this criterion, the most impressive performance has been that of Indonesia, far outstripping that of India. India’s performance looks more dismal if we recall that Asian households (as a group) have been moving up the global ladder.

Tax progressivity must be considered

This brings me to the point I started this essay on, namely, the role of programs like NYAY and UBI in improving the plight of the poorest households.

Given that the Indian households in the top 10% enjoyed the highest income growth rates in the world, it is imperative for the resources needed for NYAY and UBI to be met by such households via a highly progressive tax system. As the World Inequality Report says, ‘Tax progressivity is a proven tool to combat rising income and wealth inequality at the top’ (p. 19).

Inequality is one of the most pressing issues in India today. While India may have moved closer to the more advanced countries on aggregate per capita income, Indians have moved away from one another on the same income measure. Cash transfers of the sort mooted recently accompanied by significant redistribution can play a big part in removing this contradiction. Otherwise, ‘sabka sath sabka vikas’ will remain a mere slogan.

Ranjan Ray is professor of economics at Monash University.