According to the source, India imported 30 tonnes of gold in August, down from 111.47 tonnes a year ago. 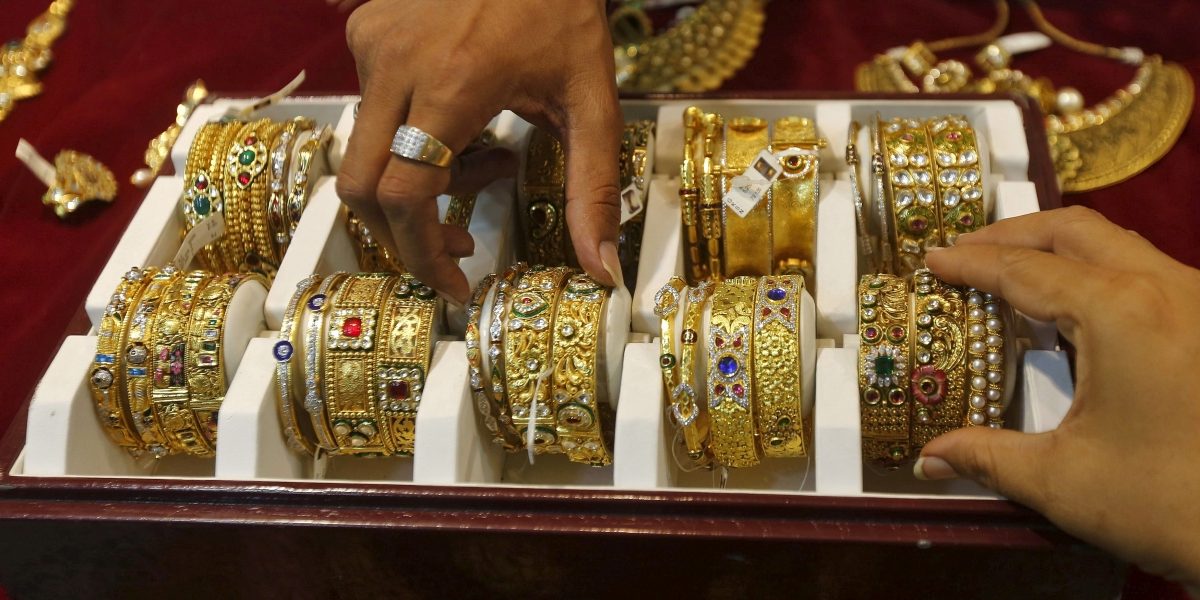 A salesman helps a customer (R) to select gold bangles at a jewelry showroom in Mumbai, May 21, 2015. Photo: Reuters/Shailesh Andrade/File Photo

New Delhi/Mumbai: India’s gold imports plunged 73% in August from a year ago to the lowest level in three years as a rally in local prices to a record high and a hike in import duty discouraged retail buying, a government source said on Wednesday.

Lower imports by the world’s second biggest consumer could cap gains in global prices that are trading near six-year highs, but would help the south Asian country bring down its trade deficit and support the rupee.

India imported 30 tonnes of gold in August, down from 111.47 tonnes a year ago, said the source, who asked not be named as he was not authorised to speak to media. In value terms, August‘s imports fell 62% to $1.37 billion, the lowest since August 2016.

Retail demand has been subdued for the past few weeks due to the price rise, said Ashok Jain, proprietor of Mumbai-based gold wholesaler Chenaji Narsinghji.

“A few consumers are selling gold. Scrap supplies have risen substantially,” he said.

In August, dealers were offering a discount of up to $37 an ounce from official domestic prices, the biggest since August 2016. The domestic price includes a 12.5% import tax and 3% sales tax.

“Legal imports are falling due to smuggling. The price rise and duty hike has been increasing smuggling,” said a Mumbai-based dealer with a bullion importing bank.

Indian customs officials seized 1,197.7 kg of smuggled gold in the April-June quarter, up 23% from a year ago, a government official said on Monday.

India’s gold imports in September could be less than 35 tonnes, down from last year‘s 81.71 tonnes, the dealer said.