India's economy grew at an annual rate of 5.0% last quarter, its slowest in more than six years. 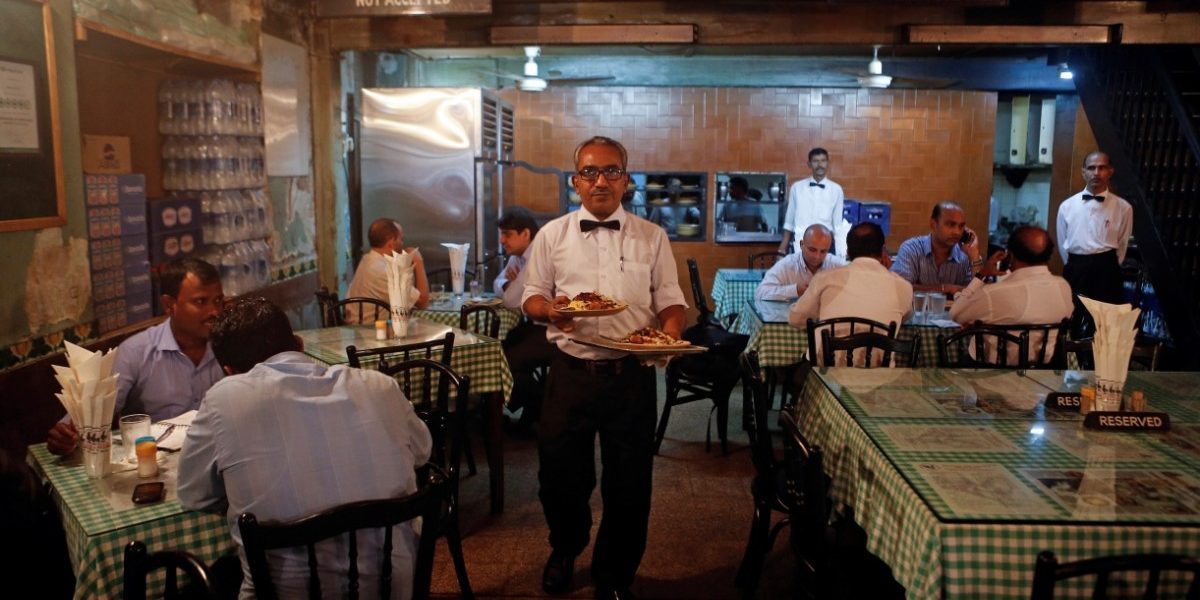 A waiter carries plates of food for customers at a restaurant in Mumbai, September 19, 2013. Photo: Reuters/Danish Siddiqui/File Photo

Bengaluru: Activity in India‘s dominant services industry expanded at a slower pace in August as demand softened, according to a business survey on Wednesday, although business optimism hit a one-year high.

The IHS Markit Services Purchasing Managers’ Index declined to 52.4 in August from July’s year high of 53.8, still comfortably above the 50-mark separating growth from contraction and higher than the 51.9 in a Reuters poll of analysts.

But that fall, alongside manufacturing growth at a 15-month low, pushed a composite index down to 52.6 in August from 53.9.

India‘s economy grew at an annual rate of 5.0% last quarter, its slowest in more than six years and significantly lower than 5.7% predicted in a Reuters poll.

Painting a downbeat picture for this quarter a new business sub-index that measures overall demand in the services industry fell sharply from a near three-year high in July of 53.9 to 51.0 last month, leading firms to increase hiring at a slower rate.

Demand weakened as firms increased their prices at the fastest pace since March 2018 despite a decline in input price inflation.

Overall inflation, which has remained below the Reserve Bank of India‘s medium-term target of 4% for 12 consecutive months, is not predicted to rise above that goal until early next year.

Muted price pressures and an economic slowdown are expected to prompt further easing by the RBI next month. The central bank has already cut a cumulative 110 basis points this year.

“Both manufacturers and service providers believe that supportive public policies can help shift growth momentum into a higher gear in the coming 12 months,” added De Lima.