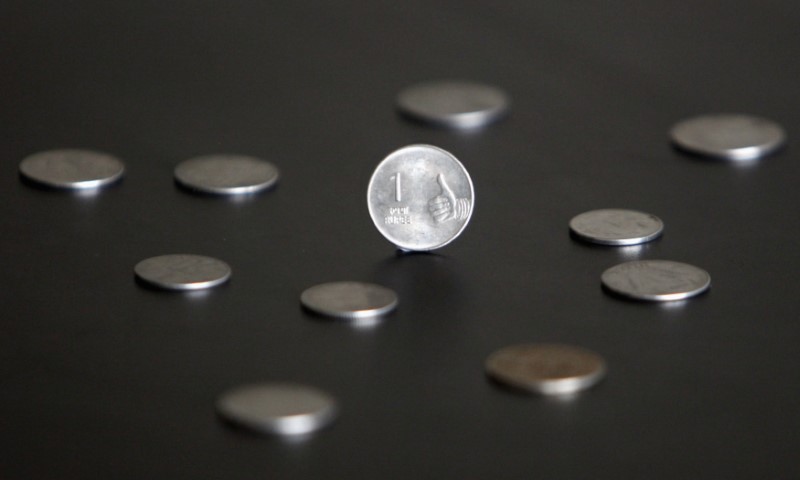 New Delhi: The Narendra Modi government could fail to meet its fiscal deficit target in 2018-19 for a third year in a row, according India Ratings and Research, a credit rating agency.

The rating agency has projected that the Centre’s revenue spending could shoot up due to various factors including  implementation of the Ayushman Bharat scheme and a steep hike in the minimum support price (MSP) of kharif crops.

This spending – combined with a potential revenue shortfall – could force the government to cut capital expenditure in order to balance its budget.

Finance minister Arun Jaitley has budgeted a fiscal deficit of Rs 6.24 lakh crore, or 3.3% of the GDP, for this year.

But current fiscal trends show the deficit could balloon to Rs 6.67 lakh crore, or 3.5% of the GDP, India Ratings said on Monday.

The Finance Bill 2018 said, “Central government shall take appropriate measures to limit the fiscal deficit up to 3% of GDP by 31 March 2021.”

“The central government shall prescribe the annual targets for reduction of fiscal deficit for the period beginning from the date of commencement of Part XV of Chapter VIII of the Finance Act, 2018, and ending on 31 March 2021, provided that exceeding annual fiscal deficit target due to ground or grounds of national security, act of war, national calamity, collapse of agriculture severely affecting farm output and incomes, structural reforms in the economy with unanticipated fiscal implications, decline in real output growth of a quarter by at least 3% points below its average of the previous four quarters, may be allowed for the purposes of this section.”

However, nothing extraordinary has happened so far this year that would justify a breach of budgeted fiscal deficit target.

But the government is still staring at the prospect of overshooting the fiscal deficit set for this year, Devendra Pant, chief economist, India Ratings and Research, said, flagging concern over the precarious state of Centre’s finances.

The rating agency has forecast revenue shortfall of Rs 22,400 crore, mainly arising from newly introduced Goods and Services Tax (GST) regime. As The Wire has reported, other estimates by think-tanks and rating agencies place the revenue shortfall even higher, at anywhere between Rs 50,000 crore to Rs 1 lakh crore.

Although the introduction of e-way bills has helped the government plug leakages in GST collection, aggregate indirect tax collections (union excise duties, customs, service tax and GST) grew only 4.3% during April-September 2018 as against the budgeted growth of 22.2% for the full fiscal.

Non-tax revenue collections are also likely to be Rs 16,200 crore less than the budgeted target of Rs 2.45 lakh crore.

The shortfall in non-tax revenue is feared due to lower than budgeted dividend payouts by the central bank, state-owned banks and financial institutions; lower revenue receipts from communication services; and shortfall in divestment proceeds.

On Sunday, in an interview with a television channel, Jaitley stated that the Centre did not need any “extra funds” from the Reserve Bank of India or any other institution to meet its fiscal deficit target.