As Inequality Rises, So Does the Relevance of A.B. Atkinson’s Work

Atkinson’s work, for one, provides a very convenient framework for assessing the GST tax rates in India. The name of the economist Anthony (Tony) Barnes Atkinson will mean little to most readers. He didn’t write on India or in popular outlets and was not known to be a ‘development economist’ in the conventional sense of the term.

Yet, he was an outstanding economist whose work on inequality, poverty, public economics, intergenerational economic mobility and a whole range of social welfare issues that impact the lives of billions the world over has influenced policy analysis.

Atkinson’s life was cut short in 2017. September 2019 marks his 75th birth anniversary and is a good time to remind ourselves of his contemporary relevance. 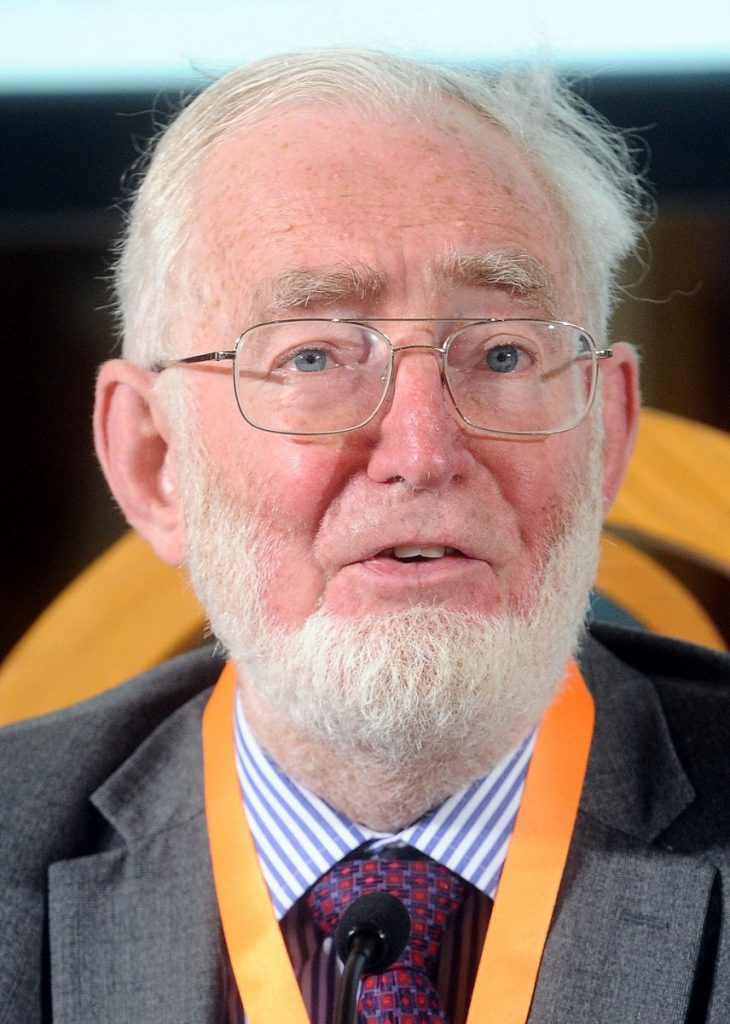 Though Atkinson’s empirical work is focussed on the OECD countries, many of his contributions have direct relevance to the issues dealt with in India in recent years. He had a deep sensitivity to social issues and was a rare example of an economist who was not only skilled in rigorous economic theory, a student of Frank Hahn in Cambridge no less, but could use that knowledge to develop methodologies that have helped to devise effective policy strategies.

To add to this rarity, he was associated with several path breaking empirical studies, such as the Luxembourg Income Study (LIS) – which is the largest available income database of harmonised microdata collected from about 50 countries in Europe, North America, Latin America, Africa, Asia, and Australasia spanning five decades.

One sees a parallel here with the early work of Indian Statistical Institute-based researchers in setting up the National Sample Survey database that has proved indispensable for analysing the lives of the poor.

Atkinson’s most influential work has been in the area of inequality and poverty, which he saw as related topics. His 1969 study, Poverty in Britain and the Reform of Social Security, continued the tradition started by the English sociologist, Seebohm Rowntree and is considered a landmark study on poverty.

The next year, in 1970, Atkinson made his most influential contribution with his article, On the Measurement of Inequality. Very few publications can rival this contribution on the impact it had in economics and beyond. Inequality is one of the oldest areas of enquiry, going back to the work of American economist Max Lorenz in the early part of the 20th century, but the economic analysis was largely ‘positive’ based on the Lorenz curve and the calculation of the Gini measure of inequality.

Subsequent researchers such as John Weymark have demonstrated that under certain conditions Atkinson’s social welfare-based ordering of inequality distributions can be used to rationalise the earlier inequality judgements based on non-intersecting Lorenz curves.

This transformed the topic of inequality measurement to a ‘normative’ one that lent itself to policy analysis. It led to investigations such as the distributional impact of relative price changes that was not possible in the pre-Atkinson era.

Prices have figured prominently in the Indian literature, especially in poverty line specification and in temporal and spatial poverty comparisons. Indian poverty line revisions have mostly involved cost of living adjustments based on the overall price index with little attention paid to relative price changes both between households and over time. Atkinson’s contribution therefore had a huge potential for the Indian investigations with several applications of Atkinson’s 1970 paper already appearing in the Indian literature.

Other significant contributions by Atkinson, in conjunction with Francois Bourguignon and others, in inequality related areas include

(a) intergenerational economic mobility (or lack of it),

(b) viewing inequality as a multidimensional concept that goes beyond income and considers deprivations in non-money metric dimensions, and

(c) a ‘needs’ based approach to inequality that allows simultaneous consideration of income and needs when assessing inequality.

Also read: The Unrealistic Optimism of Indians on Prospects of Upward Social Mobility

In an earlier piece for The Wire, I have argued that lack of social mobility within and between generations poses a significant challenge in a caste driven society such as India. The framework of intergenerational income mobility proposed by Atkinson, which can be extended to include social mobility, can serve as a basis for empirical work that will help to devise effective strategies in reducing persistent marginalisation of communities.

Atkinson’s work drew attention to the need to recognise that deprivation can occur in a variety of dimensions such as nutrition, housing, health care, quality education, etc. His early work with Bourguignon on multidimensional deprivation was influential in generating a large literature that ultimately led to the multidimensional poverty index that is now routinely used to rank countries. 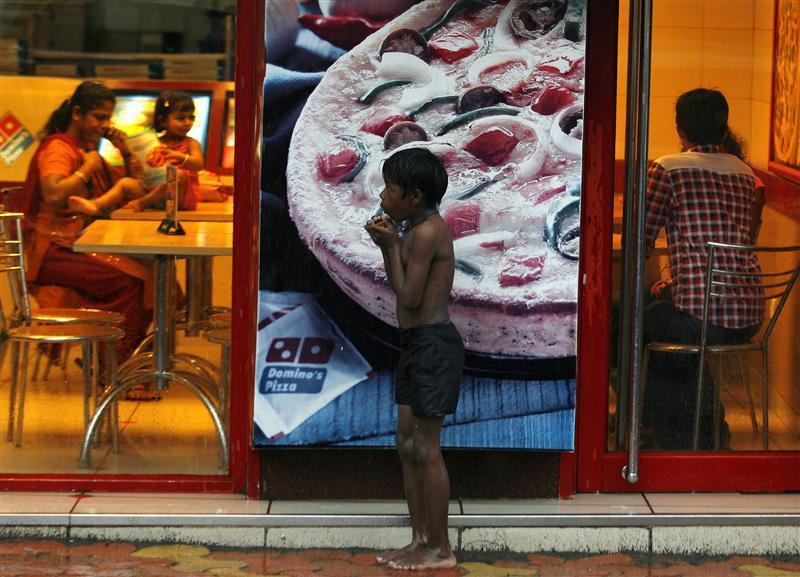 A homeless boy holds biscuits that he received as alms as he takes shelter from rain in front of a fast food shop in Mumbai November 11, 2009. Photo:/Arko Datta

Finally, Atkinson’s approach recognised the importance of taking needs into account in considering income transfers, a point that has also been made by Amartya Sen in his writings on inequality. In the context of the global poverty calculations, which has witnessed a debate on absolute vs relative poverty in the poverty line specification, Atkinson proposed a needs based compromise that embraced both approaches by suggesting that the poverty line should be the higher of the absolute poverty line (typically, the ‘international poverty line’ of $1.90 a day), and the relative poverty line that is set at a fraction of the median per capita income in the country.

The other major contribution of Atkinson in conjunction with Joseph Stiglitz has been in the area of public economics. His work transformed what was historically viewed as ‘public finance’ centred exclusively on taxes and transfers –and which can be traced to Musgrave, Pigou and Ramsey – into ‘public economics’, that allowed analysis of a more diverse set of issues.

Also read: Recognising the Challenge of Income Inequality in India

As with inequality, Atkinson transformed a ‘positive subject’ into a ‘normative’ one and brought it closer to policy application. At the centre of this transformation was, once again, his concern for inequality and recognition of heterogeneity of individuals. The so called Ramsey rule that ‘necessities’ should be taxed higher than ‘luxuries’ was so violative of equity that Atkinson argued that this efficiency driven rule should be modified by introducing distributional considerations via adoption of a social welfare function. This work has been influential in the areas of tax design and tax reform.

For example, Atkinson’s work provides a very convenient framework for assessing the GST tax rates in India. More than his influential contributions in the area of public economics, Atkinson along with Nicolas Stern started the Journal of Public Economics that is now considered the top ranked journal in the area.

It is to the credit of Kaushik Basu that, as the then chief economist of the World Bank, he invited Tony Atkinson to chair the Global Poverty Commission (GPC) to look at the way the Bank views and measures global poverty.

Given his unique mix of skills only some of which have been mentioned above, no one was as well suited to the task as Tony Atkinson. It was still more creditable on Atkinson’s part to take on this assignment even though his terminal illness had started. The report, ‘Monitoring Global Poverty’, which was written up almost entirely by Atkinson himself and is a masterly document, will be a permanent reminder of his contribution to making this world a better place to live in for us all.

At a time when we have unprecedented affluence at one end alongside severe deprivation at the other, and nowhere is this truer than in India, Tony Atkinson has left behind a rich legacy of ideas to draw on.