The difficulties of transgender persons around the country are mostly in the blindspots of India’s state governments. 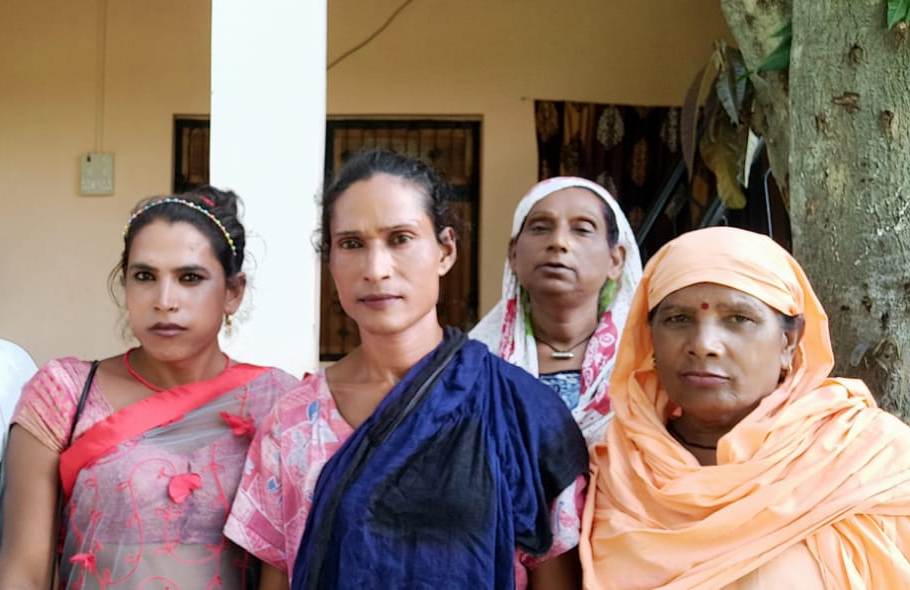 Patna (Bihar): The COVID-19 pandemic has hit all sections of human society, but among the worst affected are transgender people. Their plight has not drawn as much attention as its debilitating effects on the community warrant. There are some social media posts that describe incidents of protest, harassment and violence, but broadly both the Indian state and society have ignored the inhuman treatment of their fellow citizens, apparently simply because they are transgender people.

The new pandemic and the extant social discrimination hit the transgender community in a double whammy on May 10 in Gopalganj, Bihar. Restrictions on mobility and an indefinite ban on ceremonial events involving singing and dancing deprived transgender people of their daily earnings, and they were in dire need of immediate financial compensation in order to survive.

However, their ordeal didn’t reach the mainstream media headlines, and remained invisible. To make sure they were being heard, they gathered at Thawe police station demanding assistance while the restrictions lasted.

However, Reshma Prasad, a Patna-based transgender activist and member of the National Council of Transgender Persons, said the district administration booked them.

According to Veera Yadav, another transgender rights activist in Patna, despite their dire straits, Bihar’s transgender people have only become the subject of more derision, and invisibilisation, during the pandemic, and preexisting biases deepened their impoverishment. The Bihar government provided some aid in the form of shelter for them, but most transgender persons have yet to benefit from the scheme. 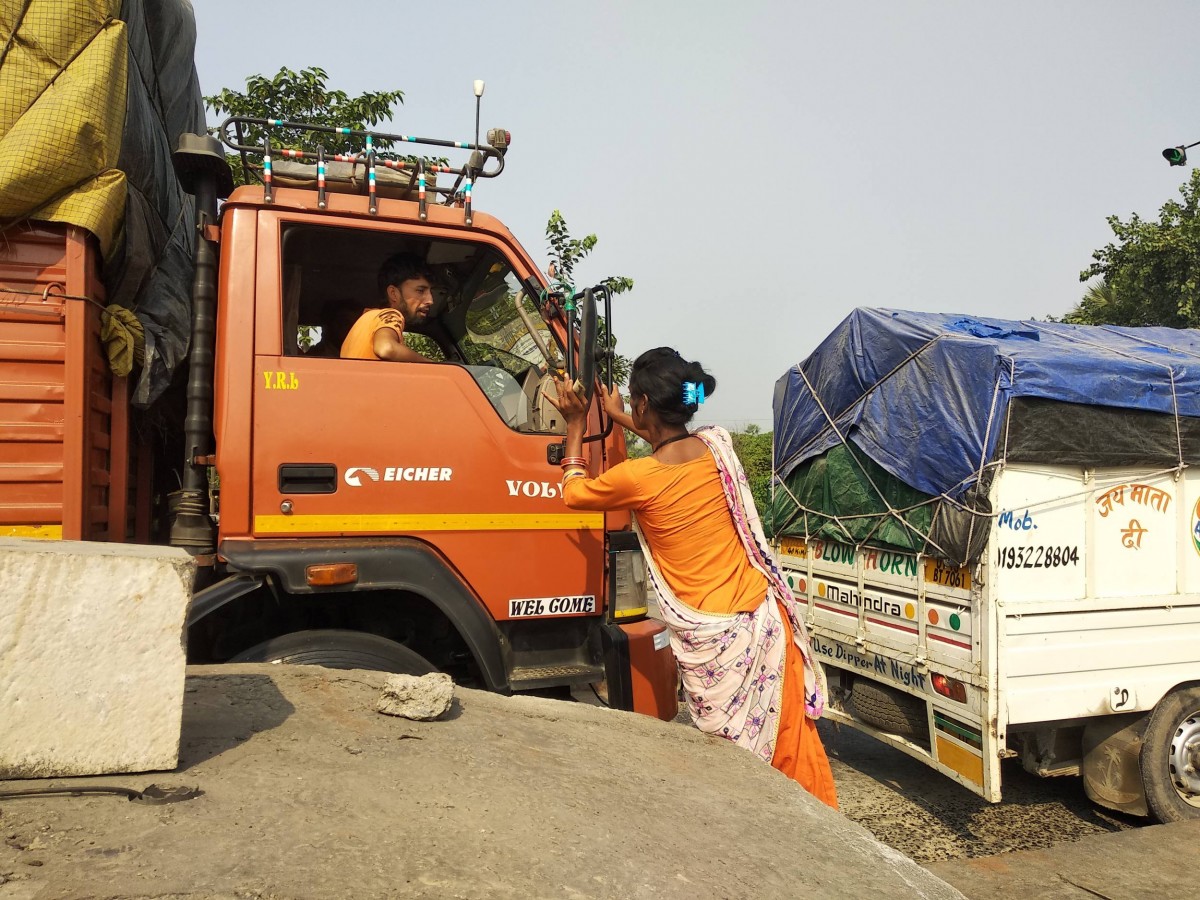 A transgender woman begs on the highway. Photo: Author provided

Especially during the second wave, as the COVID-19 outbreak around the country reached horrific depths, even begging in cities and on the highways became impossible. Many transgender persons suddenly confronted a reality in which they had no food, no money and no shelter.

Sunita, a transgender woman   National Highway 28, near the Muzaffarpur-Samastipur border, called her struggle during the lockdown a nightmare the sort of which her community hadn’t faced in two decades.

She used to earn Rs 200 a day, but after the lockdown, this sum dropped to zero. “I was forcibly evicted from my rented room and had to seek shelter at my folks’ room, which was some relief,” Sunita said in anguish.

The situation was worse in neighbouring Uttar Pradesh. This is India’s most populous state, and also accounts for 28.18% of India’s transgender persons – the highest among all states.

Also read: Our COVID-19 Response Restricted Women’s Access to Food and Health – but Needn’t Have

In Lucknow, LGBTQ rights activist Arif Jafar said that the state government didn’t provide any aid to the transgender community. After the second wave began, transgender persons were left homeless and hungry because all their sources of income had evaporated. Jafar told The Wire, “A few NGOs came to their rescue, by distributing rations, but it was not sufficient for the larger, dispersed transgender population living on the margins of society.”

Arif is a leading voice of transgender persons community. He was jailed for 47 days allegedly for promoting homosexual sex in 2001. Later, he was one of the petitioners in the Delhi high court, and subsequently Supreme Court, hearings to repeal Section 377, thus legalising consensual homosexual activities. He had the help of the NGO with which he was affiliated, the Naz Foundation.

Jafar singled out the efforts of the international NGO ActionAid, which helped arrange to provide rations to transgender persons in Unnao, Barabanki, Kanpur and Lucknow.

According to the head of ActionAid UP, Khalid Choudhary, India’s COVID-19 epidemic has crushed the livelihoods of transgender persons. Beyond ration, he said, they also suffered due to the shortage of cash, and had their collective crisis exacerbated by the government’s indifference. The Union ministry of social justice and empowerment issued an advisory in March 2021. Here, it said the National Backward Classes Finance and Development Corporation (NBCFDC) would disburse a subsistence allowance of Rs 1,500 per person into the bank accounts of 5,711 transgender persons rendered jobless by the lockdown.

But Shiladityo Megh Ghosh, a transgender rights activist in Siliguri, West Bengal, called this an eye wash. She said not a single transgender person has received this emolument. More importantly, most transgender persons who can benefit from state aid lack basic documentation, including Aadhaar, ration and voter ID cards. They also don’t have bank accounts on their self-identified names and genders, and are typically – and systematically – excluded from government social security schemes. Without addressing this gap, they can’t benefit from direct benefit transfer schemes.

Ghosh runs an NGO called the Northern Black Rose Society, with more than 3,000 members but limited resources to be able to serve the needs of so many transgender persons in the middle of a health crisis. It welcomed the West Bengal government’s efforts to provide rice and potatoes, but also deemed them insufficient.

Many members of the community have been trained to be beauticians, but the pandemic put paid to matrimonial ceremonies, Ghosh said, leaving their skills useless.

In all, the difficulties of transgender persons around the country are mostly in the blindspots of India’s state governments. Indian society’s transphobia continues unchecked as well. As a result, they are more in need of state aid during a crisis but at the same time are more neglected as well.

During India’s first COVID-19 wave, a housing society in Hyderabad stuck posters near its gate warning people to speak to transgender persons, apparently for the former’s safety. One of the posters read (translated from Telugu): “Do not allow Kojja and Hijras near the shops. If you talk to them or have sex with them, you will be infected with Corona Virus. Beat and drive them away or call 100 immediately. Save people from Corona Virus Hijras.”

Saurav Kumar is an independent journalist, and is interested in rural affairs and public healthcare.