In Canada, Hegazi escaped the violence of the intolerant Egyptian state but not the post-traumatic stress disorder, depression and loneliness caused by her past. 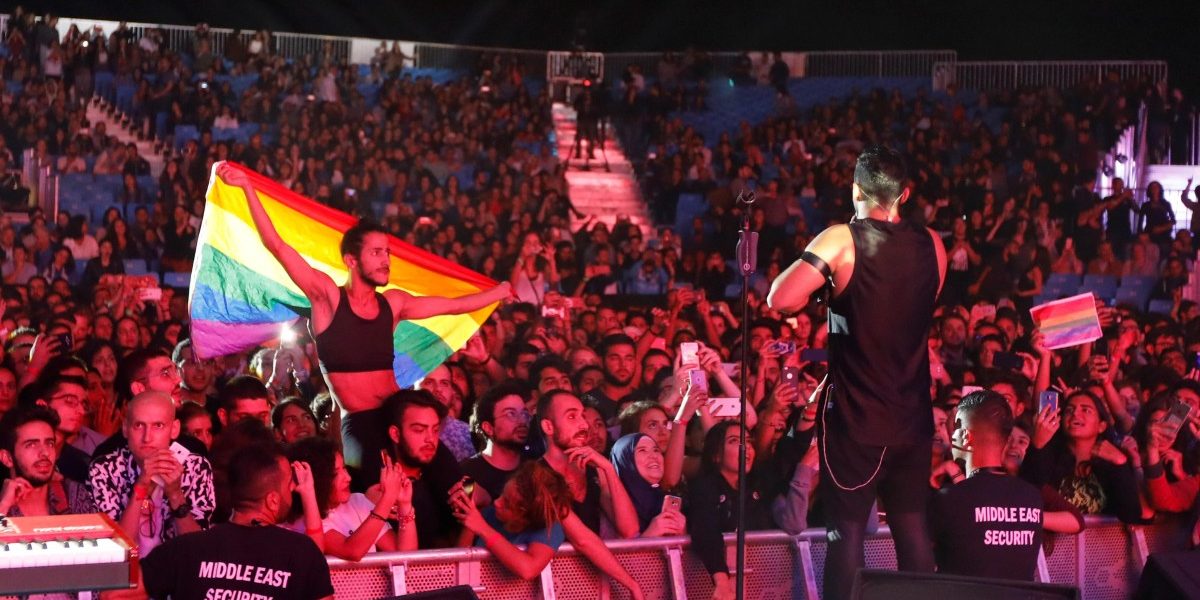 A fan of Lebanese alternative rock band Mashrou' Leila holds a rainbow flag during their concert at the Ehdeniyat International Festival in Ehden town, Lebanon on August 12, 2017. Photo:Reuters/Jamal Saidi

LGBTQ communities worldwide are mourning the death of 30-year-old Sarah Hegazi, a queer Egyptian activist who ended her life on June 14, 2020.

Hegazi, who had been jailed for promoting what the Egyptian state called “sexual deviance” after raising a rainbow flag during a concert in Cairo in 2017, was released on bail three months after her arrest.

Shortly afterwards, she sought asylum in Canada. As the only queer woman among the 57 LGBTQ individuals arrested in the concert crackdown, Hegazi became prominent in queer activism circles in Egypt and beyond.

In Canada, Hegazi escaped the violence of the Egyptian state but not, as she wrote in a 2018 essay, the post-traumatic stress disorder, depression and loneliness caused by her past. Like many queer and trans people living in exile, Hegazi felt rejected by her own people yet mourned the home she left behind.

She yearned for the land that expelled her. In one Instagram post, from August 20, 2019, Hegazi wrote that she hoped her grandmother would be alive to greet her when she got home to Egypt.

That reunion would never happen.

A queer suicide during Pride, a month dedicated to celebrating LGBTQ lives and resistance, is a painful thing to process, made harder by the coronavirus lockdown. For queer and trans Muslims in isolation, separated from their chosen communities in what may or may not be accepting family homes, mourning Hegazi’s death has been a lonely, even secretive, process.

As a queer Muslim, I feel Hegazi’s death deeply. Back in 2012, I left my home country, Afghanistan, and later sought asylum in the US. Now, I live in the United States, but I don’t truly belong anywhere.

That alienation drives my academic research on how political violence and displacement intercede in the lives of LGBTQ Muslims. I recognise Hegazi’s suicide as the tragic result of the discrimination and repudiation people like us face our entire lives.

In her suicide note, Hegazi apologised for being “too weak to resist” the freedom of death.

“To my siblings, I tried to make it, and I failed. To my friends, the experience is cruel … forgive me,” she wrote. “To the world, you were cruel to a great extent, but I forgive.” 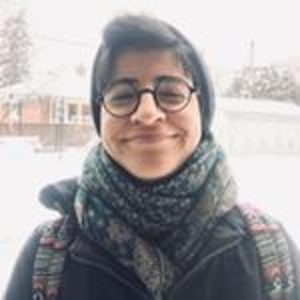 The cruelty Hegazi experienced is echoed by many of the 36 LGBTQ Muslims I interviewed for my current research project on queer and trans Muslims living as refugees in the United States. Most said they had been rejected by friends and family because of their sexuality or gender identity. However, many also chose to forgive, as Hegazi did.

“We continue to love the family that abandons us,” Hamza, a 24-year-old Afghan refugee I interviewed in 2017 in Fremont, California said. “We long for the home that pushes us into exile. We miss friends that wouldn’t even attend our funerals.”

This rejection stems from homophobia, which is rooted in both the interpretation of religious texts and in the anti-LGBTQ laws of some Southwest Asian and North African countries with colonial histories. As a result, some queer and trans Muslims and Arabs eventually try to escape the countries that criminalise their gender identity and sexual orientation.

While there are no statistics on how many LGBTQ Muslims are refugees, a 2019 United Nations High Commissioner for Refugees report says ever more LGBTQ people are fleeing persecution worldwide.

Queer Muslim refugees who make it to Western countries may find that rejection has followed them in a new form: Islamophobia. Meanwhile, in LGBTQ communities, being Muslim and queer is seen as paradoxical.

As a result, queer and trans Muslims in exile in the West become outsiders twice over.

“I was called a terrorist by a group of white gays in a bar in Washington, D.C,” Abdullah, a 30-year-old Iraqi-American, told me in 2017.

My interviews reveal that LBGTQ+ Muslim refugees are navigating two distinct and difficult spaces: the homophobia of their birthplaces and the Islamophobia in exile.

Queer Muslim exiles cross these borders on a daily basis, and it’s a complicated process. Their families are not merely a point of oppression, they tell me, nor is the queer community pure freedom. Rather, both environments pose certain constraints.

Freedom and violence are an unending dance.

Where do we belong?

For Sarah Hegazi, the violence did not end with death. Homophobic cruelty continues on social media, with some commentators telling people not to pray for Hegazi because being queer and committing suicide are both “kabã’ir,” or major sins, in strict interpretations of Islamic law.

Hegazi’s own last post on social media was on June 12, two days before her death. Under a photo of her lying peacefully on her back in lush grass, smiling to a blue sky, Hegazi wrote on Instagram that, “The sky is more beautiful than the earth. And I want the sky, not the earth.”

I have heard versions of Hegazi’s pained laments before, in my own head. I have felt them in my own exiled body, lying in bed.

For queer and trans Muslims and Arabs, belonging is but a dream. Mostly we are just trying to survive.

Ahmad Qais Munhazim is an assistant professor of global studies at the Thomas Jefferson University.

Note: If you know someone – friend or family member – at risk of suicide, please reach out to them. The Suicide Prevention India Foundation maintains a list of telephone numbers (www.spif.in/seek-help/) they can call to speak in confidence. You could also refer them to the nearest hospital.)