A spokesman for United Nations Secretary-General Antonio Guterres, who is a devout Catholic, described the pope's remarks as "a very positive move." 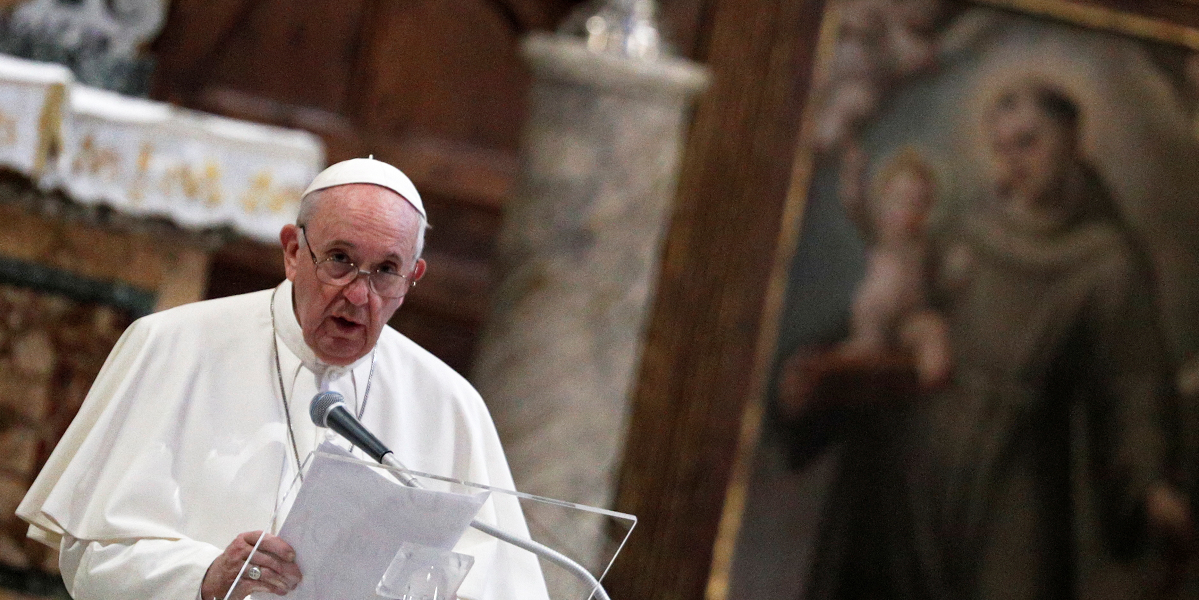 Rome: Pope Francis has said that same–sex couples should be protected by civil union laws in the clearest language he has used on the rights of gay people, prompting praise from liberals and calls for urgent clarification from conservatives.

He made his comments in a new documentary Francesco by Oscar-nominated director Evgeny Afineevsky that was released on Wednesday.

“What we have to create is a civil union law. That way they are legally covered. I stood up for that,” he said.

The pope appeared to be referring to when he was archbishop of Buenos Aires and opposed legislation to approve same–sex marriages but supported some kind of legal protection for the rights of gay couples.

Papal biographer Austen Ivereigh told Reuters that the pope‘s comments in the film were some of the clearest languages the pontiff has used on the subject since his election in 2013.

“Pope Francis’ clear and public support for same–sex civil unions marks a new stage in the church’s relationship with LGBTQ people,” said Father James Martin, a Jesuit priest and author of “Building a Bridge,” a book about Catholic ministry to homosexuals.

“It shows his overall pastoral approach to LGBTQ people, including those who are Catholic, and sends a clear message to those bishops and Church leaders who have opposed such laws,” Martin told Reuters.

“The Pope’s statement clearly contradicts what has been the long-standing teaching of the Church about same–sex unions. The Church cannot support the acceptance of objectively immoral relationships,” Bishop Thomas Tobin of Providence, Rhode Island, said in a statement.

Ed Mechmann, director of public policy of the Archdiocese of New York, said in a commentary on its website that the pope was mistaken, adding “supporting the legal recognition of any kind of same–sex union is contrary to Church teaching.”

A spokesman for United Nations secretary-general Antonio Guterres, who is a devout Catholic, described the pope‘s remarks as “a very positive move.”

“The secretary-general has spoken out very forcefully against homophobia in favour of LGBTQ rights, that people should never be persecuted or discriminated against just for who they love,” UN spokesman Stephane Dujarric said.

The pope, who early in his papacy made the now-famous “Who am I to judge?” remark about homosexuals trying to live a Christian life, spoke in a section of the film about Andrea Rubera, a gay man who with his partner adopted three children.

Rubera says in the film that he went to a morning Mass the pope said in his Vatican residence and gave him a letter explaining his situation.

He told the pope that he and his partner wanted to bring the children up as Catholics in the local parish but did not want to cause any trauma for the children. It was not clear in which country Rubera lives.

Rubera said the pope telephoned him several days later, telling him he thought the letter was “beautiful” and urging the couple to introduce their children to the parish but to be ready for opposition.

“His message and his advice were really useful because we did exactly what he told us. It’s the third year that they (the children) are on a spiritual path in the parish,” Rubera says in the film.

“He didn’t mention what was his opinion about my family so (I think) he is following the doctrine on this point but the attitude towards people has massively changed,” he said.