With Lockdown After Lockdown, J&K’s Already Marginalised Transgender Community is in Dire Straits

Unable to earn their livelihoods since August 2019 and dependent on overworked NGOs for survival, life for most trans people in the union territory is a kind of hell. 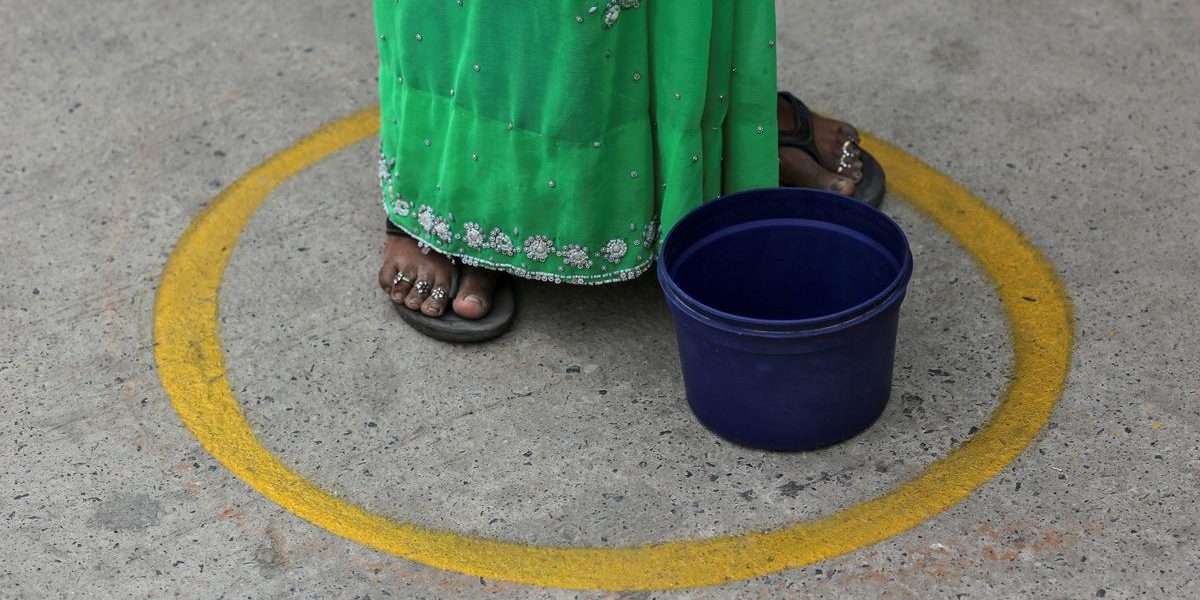 Srinagar: Three weeks ago, 31-year-old Mir Junaid was told about a transgender woman in downtown Srinagar who had suffered a minor heart attack and had no one to take care of her. His heart broke.

“I cannot explain how bad I felt as a human being at that time. She was left completely on her own,” said Junaid.

Junaid had been told of the trans woman’s plight by Khushi, a frontline worker and a trans woman herself. He has been touch with Khushi for the past one year when he and his friends began providing the highly marginalised transgender community in Jammu and Kashmir with rations.

Between the months-long military lockdown imposed by the Narendra Modi government in August 2019 when Article 370 was read down and the nationwide lockdown for the pandemic that was imposed almost immediately after, Kashmir’s economy has been severely crippled, pushing the trans community nearly to the edge of existence.

The four volunteers in Junaid’s small citizens’ collective, Haris, Ather, Uzair and Junaid himself, distribute food kits among the poor and needy of the transgender community.

“We distribute a ration kit including 25 kilos of rice, five litres of cooking oil, spices, tea, sugar and salt. Each kit costs us about Rs 2,500,” said Junaid.

His initiative is backed by the Delhi-based NGO Human Solidarity Foundation, which has helped by providing stock for the kits.

Junaid put together his small citizens’ collective when, one morning as he was on his way to work, his cousin phoned to say that he had heard that many trans people were running short of basic necessities.

Curious to know if the community had had aid during the various lockdowns that had ended their livelihoods, Junaid learned that most NGOs were too pressured already to be able to take care of any one particular community. That meant, Junaid thought, that he needed to provide an alternative.

Guided by Khushi, Junaid learned of about 400 trans people in Jammu and Kashmir in dire need of help. So far he and the other volunteers have managed to provide ration kits for about a hundred people. “The 300 others are on our list,” said Junaid.

“I used to help my family with my earnings. They were dependent on me,” said Khushi. “But right now it is the opposite.”

In Kashmir, the transgender community has been facing discrimination for years. Many trans people have been rejected by their families and live in terrible conditions, sidelined by both society and the government.

“We received mixed responses from the people around us when we started helping the trans community,” said Junaid. “Some people appreciate what we are doing but some also shame us.”

The four volunteers, however, do not care what people think of them. “Our religion says that we have to look after every human being, so it doesn’t matter how people look at us,” Junaid said.

The trans community in Kashmir has limited options for work. Some sing at wedding ceremonies, some work as matchmakers and a few work as makeup artists.

A trans woman who requested anonymity said that she had earlier worked as a matchmaker, but her business has been severely affected since August 2019.

“We don’t get work now because we cannot move from one place to another or reach out to families,” she said.

In May 2020, a decision was taken by the Jammu and Kashmir Administrative Council, headed by the then Lieutenant Governor Girish Chandra Murmu, to grant the transgender community a monthly pension under an integrated social security scheme.

The scheme would have enabled trans people to receive monthly financial assistance of Rs 1,000, the same amount provided to the homeless, the elderly, widows, divorcees, orphans and disabled individuals who have minimal to no income.

But according to Aijaz Bund, an activist with the Sonzal Welfare Trust which works with Jammu and Kashmir’s LGBTQIA+ community, most trans people have not been able to avail of the scheme.

“The process is lengthy,” Bund explained. “They have to submit a certificate as proof of their transgender status to avail of the facility and most of them do not have it.”

Even the recently announced government scheme of free rations during the pandemic for those who live below the poverty line and those who hold Antyodaya Anna Yojana cards has not helped.

Most trans people live in rented accommodation and don’t even have a ration card, explained Bund.

Living on the edge

On June 2, 2021, Bund filed a Public Interest Litigation in court asking for exclusive vaccination rights for the trans community.

“Every day, the administration releases statistics of men and women affected by COVID-19, but there is no mention of trans people, as if they do not exist,” said Bund.

The administration has also not conducted a specific awareness campaign for the people of the trans community that would inform them of the vaccination process.

“We recently did a survey and found out that only 60 to 70 trans people have come forward for vaccinations. The others have apprehensions,” he said.

The lockdowns have also increased violence among the trans community of Jammu and Kashmir, said Bund. Those trans people who live with their families have been making SOS calls to the Sonzal Welfare Trust, complaining of domestic violence and mental abuse.

“There has been a steep rise in these cases since the beginning of the pandemic,” said Bund.