Opponents to the de-criminalisation of Section 377 finally showed up in court on the third day of the proceedings but appear to have no constitutional grounds of challenge yet. 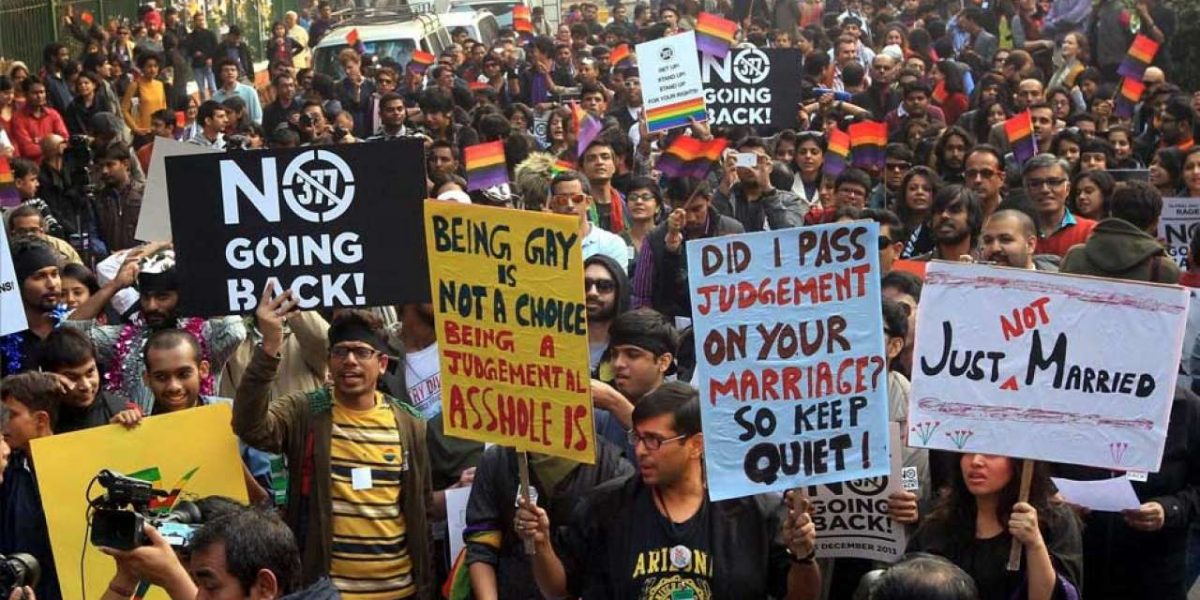 New Delhi: A motley crew of lawyers arrived post-lunch at the Supreme Court on Thursday. They brought petitions and petitioners and claimed to want to intervene in the ongoing proceedings on Section 377 of the Indian Penal Code, with opposing arguments.

While these lawyers showed up on the third day, the government, from the very first day, has also been apprehensive about some of the same issues – though not as vocally.

The Union of India is worried about bestiality and incest

For example, on the second day of arguments, Tushar Mehta, additional solicitor general for the Union of India, expressed apprehensions that allowing people to choose their partners may have an impact on bestiality or incest.

“To choose partners means, what happens to perversions like incest…. I think Justice Chandrachud got what I am saying… This is my apprehension.” he said to the judges. “Tomorrow if someone comes with bestiality and says ‘this is my choice of partner’…” said Mehta.

He had to be corrected by Justice D.Y. Chandrachud who repeated for him the very brief of the case – that the court was hearing the matter of de-criminalising sexual expression between two consenting adults, and not indeed, between humans and animals or between adults and children.

Center tells #SC it’s up to court to take decision on #s377 ASG says “perversions” like incest, bestiality not be allowed.
J DYC shoots back- we are not considering kinks in sexual behaviour. We want that two gay men holding hands and walking down marine drive are not arrested

ASG Tushar Mehta says wont contest provision as regards consensual sex between adults and leaving it to the Bench, but seeks clarification on bestiality.

The Centre’s understanding of the issue is not surprising to observers given that it has chosen to not take an explicit position towards LGBTQ rights, either of support or of opposition. The government has chosen to not file any substantive response to the six petitions before the court, and has instead put on record that it “would leave the said question to the wisdom of this Honourable Court.”

Yet, while leaving it to the wisdom of the court, the ASG’s verbal assertions have been of this nature – speaking about LGBTQ sexuality in the same breath as bestiality and incest.

New intervenors as prejudiced as the Centre

After the elevated arguments in court on Wednesday – about the arbitrariness and disproportionality of Section 377, the inequality and fear it has perpetuated, the fact that it is a colonial law whose ‘presumed-constitutionality’ would have to be debated – some of the arguments the court heard on Thursday were of questionable merit and taste.

It was not clear who these lawyers were or who they were representing. The judges asked many of them to clarify if they had filed their submissions officially and some had not.

“Homosexuality and vegetative reproduction is only applicable to lower class of animals,” said lawyer Rajesh Aggarwal, arguing for one Rajainderr Jaina, objecting to the de-criminalisation.

His assertions drew loud gasps from the packed court-room, which included a number of people from the LGBTQ community.

“If people can choose their orientation, tomorrow someone will say, ‘My orientation is that of a thief’. Can we accept all this?” asked a second lawyer.

A third lawyer went into specific detail about the dimensions of an average anus (“anus is a terminal organ for faeces and varies between 1.2 to 2.5 centimetres…”) armed with theories such as, “The mouth is an organ only to be used for eating, and the anus is to be used only for excretion. These are not sexual organs. Using these organs for sex is against nature.”

Lawyer Manoj George argued for two Christian organisations and said, “If the LGBT community represents 5% of India, we represent the other 95%.”

George’s statement echoed the “minuscule fraction” argument made by the Supreme Court in 2013 to deny LGBTQs their rights. While he claimed his locus in court as a representative of 95% of India, he in fact only represented two Christian bodies, and Christians themselves are an embattled minority, making up 2.3% of the Indian population. One of his clients is the Apostalic Churches Alliance, which had also filed an opposition in court to the previous attempts at de-criminalisation.

Chief Justice Dipak Misra appeared to have no patience with these intervenors, repeatedly telling them to state their arguments based on the constitution and argue on the basis of fundamental rights, as the petitioners had all done.

“We don’t even have a single eminent jurist to argue for the respondents. I tried to get so many of them to come forward, but they have been refusing because of the human rights angle,” said George to the bench.

Misra asked George if he had made any written submissions. George had not, but pushed for time to argue, and has been granted 30 minutes next week on Tuesday.

Suresh Kumar Koushal, whose petition had won the case in the Supreme Court, which re-criminalised Section 377 in 2013, has also filed an application in court opposing these new petitions. His intervention application might also be taken up on Tuesday.