Colonial legislations, such as the Telangana Eunuchs Act, 1919, continue to criminalise queer persons. 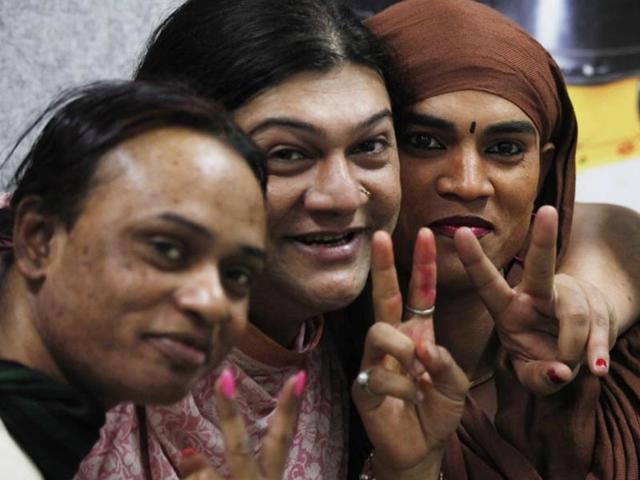 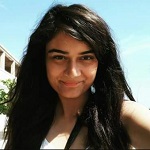 On February 27, 2018, the Andhra Pradesh high court issued notice to the state of Telangana on a writ petition filed by three transgender activists challenging the Telangana Eunuchs Act of 1919 as being ultra vires to Article 14, 15, 19 and 21 of the constitution. The Act violates the right to live with dignity, personal autonomy and self-determination and is violative of the constitutional guarantee extended to transgender persons in in NALSA vs Union of India and in the landmark right to privacy judgment in Justice KS Puttaswamy vs Union of India.

The relationship between sexual non-conformity and criminality was made explicit in 1897 in the amendment to the Criminal Tribes Act of 1871, which was sub-titled ‘An Act for the Registration of Criminal Tribes and Eunuchs’. Under the provisions of this statute, a ‘eunuch’ was “deemed to include all members of the male sex who admit themselves, or on medical inspection clearly appear, to be impotent”. The local government was required to keep a register of the names and residences of all ‘eunuchs’ who are “reasonably suspected of kidnapping or castrating children or of committing offences under Section 377 of the Indian Penal Code”. Any eunuch so registered who appeared “dressed or ornamented like a woman in a public street, or who dances or plays music or takes part in any public exhibition, in a public street, [could] be arrested without warrant and punished with imprisonment of up to two years or with a fine or both. If the eunuch so registered had a boy under the age of 16 years within his control or residing in his house, he could be punished with imprisonment of up to two years or fine or both.”

It is important at this juncture to note that the first case of the use of section 377 in Queen vs Khairati was against a “male”, cross-dressed as a female, with a group of women from the village. The case was initiated suo motu by the police, an attitude that continues till today of police crackdown on transgender persons. Judge Straight, presiding over the case, had stated the he ‘appreciated the desire of the authorities at Moradabad to check these disgusting practices’. While in Khairati, the defendant was not convicted, the judicial ordeal, involving torture and discrimination by the police and the judiciary reflects on the legal battle of the queer community even today. These laws establish a pattern of police interactions premised on the assumed criminality of hijra community and legitimise the excessive force used by police to arbitrarily arrest and abuse hijra and non-conforming persons.

The inherent legal bias against transgender and queer persons is evident in laws such as the Telangana Eunuchs Act, 1919, a draconian legislation that was enacted for the “registration and control of Eunuchs”, empowering the police to “maintain registers of ‘eunuchs’ in the State of Telangana and further make arrests in cases where persons are found singing or dancing or cross-dressing in public spaces.”

The Act is violative of the constitutional rights of transgender and queer persons under Article 15(1) that prohibits discrimination on the basis of religion, race, caste, sex, place of birth or any of them. The constitutional ambit of “sex” has been expanded to include all citizens, irrespective of gender identity or sexual orientation in Naz Foundation vs Government Of NCT Of Delhi. The bench had also relied on international human rights framework on sexual orientation and gender identity and the principles of non-discrimination to extend to all persons including LGBTQI individuals.

The petition, filed by Jayna Kothari and Disha Chaudhari from CLPR, states, “In curbing their right to freedom of speech and expression, and in invading upon their fundamental right to life, privacy, family life, personal liberty and basic dignity of life, the impugned Act further violates Article 19(1)(a) and Article 21 of the Constitution”.

The Act is a blatant form of gender-based discrimination and targets hijra and transgender persons “who are suspected of kidnapping or emasculating boys, or of committing unnatural offences or abetting in the above.” The Act further permits the arrest of transgender persons without a warrant and imprisonment if “found in female clothing or ornamented, or singing, dancing or participating in public entertainment in a street or public place”, or when a transgender person is “found in the company of a boy below the age of 16” re-instilling the stereotype of hijras to be deviant, perverse and criminal.

Vyjayanti Vasanta Mogli, a transgender woman and activist based in Hyderabad and the petitioner in the case, reflects on the harassment faced by the transgender and hijra community in the context of repressive laws. “We are told we are illegal – that our existence, our livelihood is illegal– that gender identity and expression is illegal. This is what we are challenging with this petition,” said Vyjayanti. “Working class transgender persons and hijras might not have the vocabulary to understand which legislations criminalise them. They are routinely rounded up and detained without actually filing FIRs, hence most of these incidents remain undocumented. The police threatens hijras on the basis of such laws, “Tum jaise log gair kanooni ho. Ladke hoke ladkiyon ke kapde pehenna gair kanooni hai. Ye dramebaazi, band karo warna andar kar denge.” (People like you are illegal. Men masquerading as women, wearing women’s clothing is illegal. Stop this pretence or we will arrest you.”

In 2015, a fact-finding team of activists from the Telangana Intersex Transgender Hijra Samiti found that more than 10 cases of attacks against transgender persons each month were reported in the State, including the murder of Pravallika, a hijra who was brutally attacked. During the interrogation, another hijra was picked up by the police and was humiliated, stripped and detained for four hours while dismissing her plea to be released as she was also living with HIV. Amidst the rage against police brutality and inaction, another transgender woman was raped and attacked with acid in 2017 in Hyderabad and is struggling to recover. She was the sole breadwinner for her family. 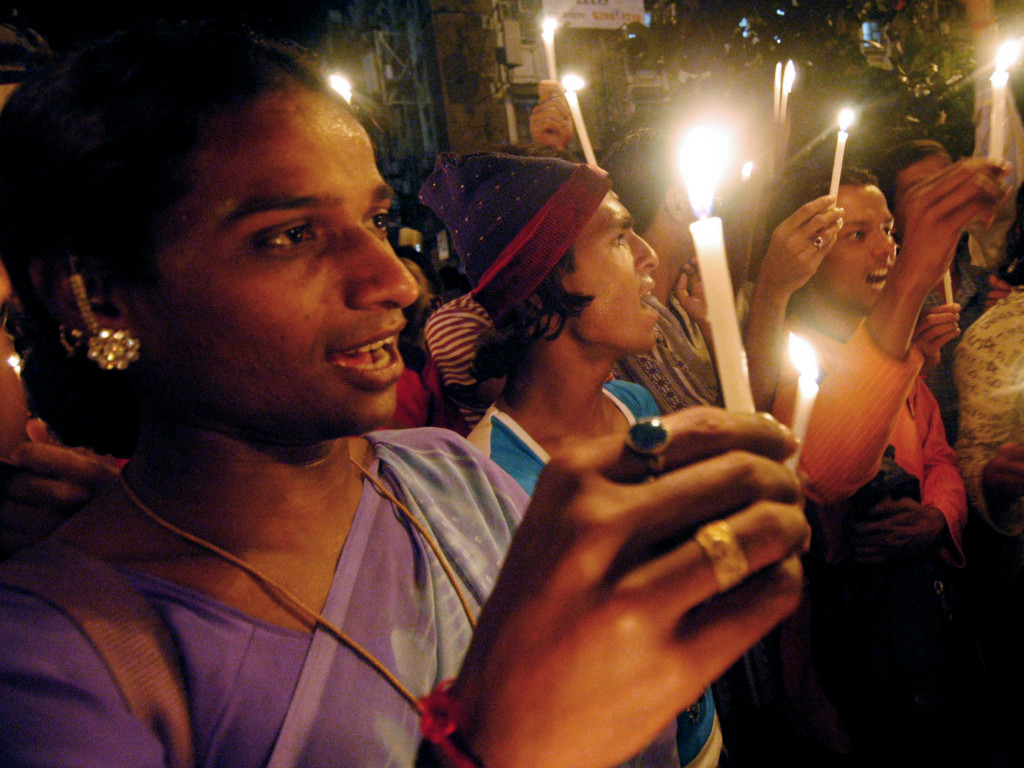 Laws like the Telangana Eunuchs Act, 1919, violate the right to live with dignity, personal autonomy and self-determination and are violative of the constitutional guarantee extended to transgender persons. Credit: Reuters/Stringer.

Transgender and queer persons are subjected to surveillance, arbitrary arrest, illegal detention, custodial torture and abuse on the basis of such repressive laws, thus violating the right to privacy of these individuals. In Justice Puttaswamy v. Union of India case, the judgement pronounced the right to privacy as a fundamental right, and read gender identity and sexual orientation to be an intrinsic attribute of privacy. “The right to privacy and the protection of sexual orientation lie at the core of the fundamental rights guaranteed by Articles 14, 15 and 21 of the constitution,” the judgment stated.

The transgender and hijra communities have been stigmatised and discriminated against in society and the criminal justice system. Laws like these permit arrests without warrant of any identifiable transgender or queer person who is in public in female clothing, and especially targets them when found involved in begging and sex work.  These draconian legislations criminalise queer persons owing to religious and moral panics around their non-conforming gender identity and expression that disrupts the patriarchal, heteronormative fabric of society.

Transgender and queer persons face stigma, harassment and police violence that is further legitimised through repressive laws like these. These laws violate the right to live with dignity, personal autonomy and self-determination and are violative of the constitutional guarantee extended to transgender persons in NALSA vs Union of India and must be removed from the statute books to prevent harassment of hijra and transgender persons at the hands of police.