The court also said that no NGO members should be harassed or harmed for helping her. 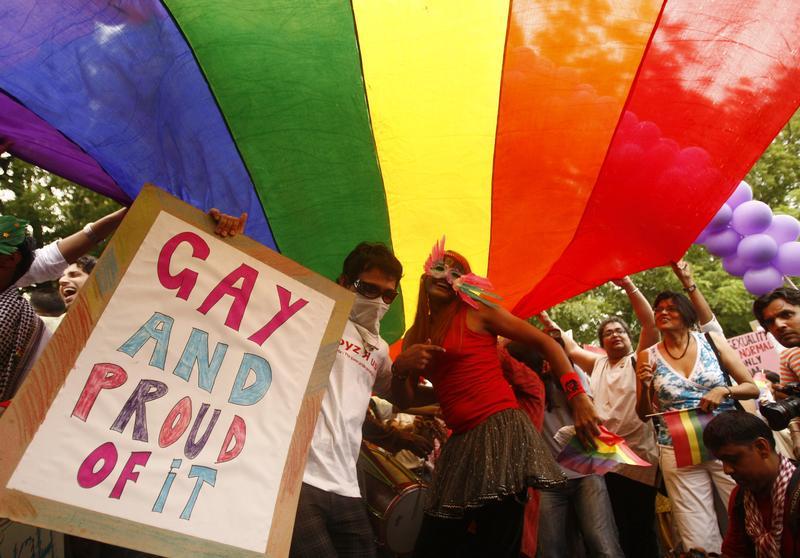 Participants take part in a gay pride march in New Delhi June 28, 2009. About a thousand gays, lesbians, transsexuals and supporters participated in the parade on Sunday. REUTERS/Buddhika Weerasinghe (INDIA SOCIETY IMAGES OF THE DAY) - RTR254ON

New Delhi: The Delhi high court Wednesday directed the Delhi Police to provide protection to a woman, who identifies as lesbian and was forced to live a married life and threatened to be cured of her sexual orientation.

Justice Mukta Gupta said the woman is at liberty to shift to a different location if she wishes to and asked the police to take all necessary steps to provide her protection at her new place.

The 23-year-old woman, who was forcibly married to a man in October 2019 despite her parents being aware of her sexual orientation, said in the plea that she tried multiple times to put an end to the relationship. She said she had informed her husband immediately after the marriage about her identifying as a lesbian.

The woman said the marriage was never consummated and she had also expressed her wish for divorce as continuance of their marriage was adversely affecting her mental health and physical well-being. She said the husband kept delaying breaking this news to his family. On March 7, 2021 this year, the woman’s mother called her up to inform that she has contacted a religious guru who would “cure” her of her sexual orientation and undertake a conversion therapy using psychic interventions to change her sexual orientation, the plea said.

Fearing for her safety, the woman decided to leave her matrimonial house so that her family cannot force her to perform dehumanising rituals, and she approached NGO Act Now for Harmony and Democracy the same day for a safe house, where she is now staying. The woman approached the court seeking immediate directions to ensure that she is provided with security and protection from her family and to direct her parental and matrimonial family to cease and desist from contacting, threatening or coercing her in any manner.

She has sought protection of her right to equality under Article 14 as well as her right to privacy, autonomy, dignity and liberty under Article 21 of the Constitution, as a woman who identifies as a lesbian. The woman, represented through advocate Vrinda Grover, informed the court that her family was forcing her to undergo correction surgeries, rituals or ceremonies qua her sexual orientation.

The high court directed the Delhi Police, represented through Delhi government standing counsel Rahul Mehra and advocate Chaitanya Gosain, to provide complete protection to the woman and also said that no NGO members should be harassed or harmed for helping her. The petition said that the police, in brazen breach of law, leaked the information about the woman’s leaving her matrimonial home and contact details of NGO activists to her family, who are now calling and harassing her and the activists.