Centre Worries if Decriminalising Homosexuality Will Be Gateway for Civil Rights

The Modi government has expressed concerns that the case could lead to a clamour for civil rights of LGBTQ couples, such as in matters of marriage, adoption and inheritance. 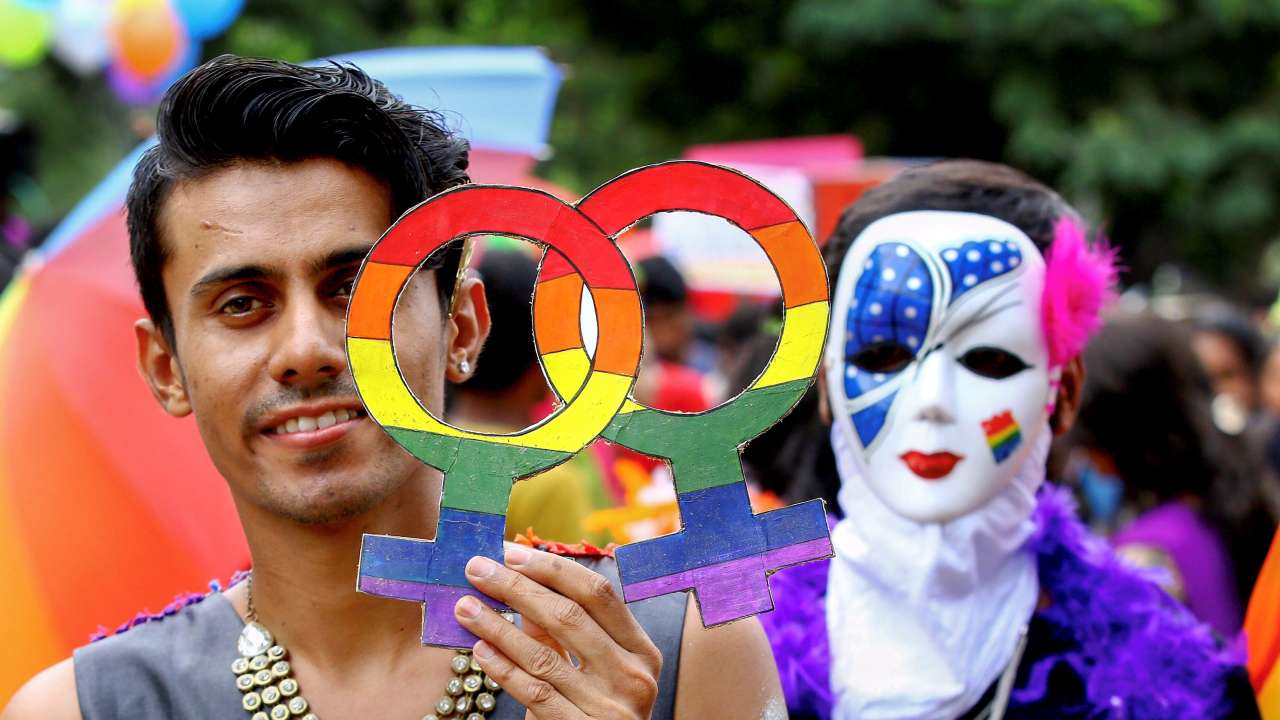 Petitioners are hoping that the case will itself clarify the kind of rights and the content and extent of those rights which sexual minorities must have in order to be on an equal footing with heterosexuals. Credit: PTI

New Delhi: The Modi government has said obliquely in its affidavit, but more directly in court, that it is worried about the decriminalisation of ‘unnatural sex’ under Section 377 becoming a gateway for the LGBTQ community to demand various other civil rights.

“I’m saying in future, fundamental rights here could be used for other things… like property rights. Please make sure that what you write in your judgment, you don’t say anything here which can be construed in future for anything like this,” said additional solicitor general Tushar Mehta to the five-judge constitution bench.

The Centre’s apprehension here is that while dropping the criminality clause in Section 377, the judgment could also further allow for various civil rights to the LGBTQ community – in matters of wealth, inheritance, adoption and maintenance, for example. More worryingly for the Centre, it might also lead to demands of legalising LGBTQ-marriage.

India already has a massive tangle of ‘personal laws’ – which are different for varied religions – which govern these civil aspects such as property, adoption and maintenance.

After months of delay, Centre’s first reply in the matter of decriminalising Section 377 was finally filed in court on Wednesday. On Monday, just one day before hearings were to begin, the Union even asked the court for more time to file their replies, but this request was rejected.

However, the much-awaited reply was a flimsy three-page document, with only a few substantive sentences.

“The Union of India would leave the said question to the wisdom of this Honorable Court,” said the government’s reply.

Essentially, the Centre, under the NDA, has expressed no stand on this matter, and certainly no active support LGBTQ rights. Under the Congress government, the Centre had held that queer sexual acts were against the law of nature in the 2009 Delhi high court case. But when Section 377 was re-criminalised by the Supreme Court in 2013, the Centre under the UPA had itself filed a review against that 2013 judgment.

If the court decides to examine “any other question other than the constitutional validity of Section 377 of the Indian Penal Code, or to construe any other right in favour of or in respect of LGBTQ, the Union of India would like to file its detailed affidavit in reply,” was as far as the Centre’s affidavit officially went, in terms of this apprehension.

A gateway to civil rights

Petitioners are hoping that the case will itself clarify the kind of rights and the content and extent of those rights which sexual minorities must have in order to be on an equal footing with heterosexuals. If the judgement does not go that far, they hope it will at least crack open windows for successful future litigation for LGBTQ couples seeking to realise their rights.

On the first day of arguments, senior advocate Mukul Rohatgi had mentioned larger civil rights. He spoke about this in terms or equality of rights with straight couples who now, even if not married, are approaching courts on civil issues.

While India may have a long way to go for LGBTQ-marriage, Rohatgi said if the court held Section 377 to be violative of fundamental rights, then they would have to go further to define the content of what rights this community actually does have.

And if straight couples, even while unmarried, are able to realise a variety of their civil rights, then that issue would have to be considered by the court for LGBTQ-identifying couples as well.

#Section377: Question arises on legal status of same sex relationships and such couples.

“Who are you to say what we should confine ourselves to”, retorts Rohatgi. #LGBT #SupremeCourt

To this, Mehta hurriedly opposed Rohatgi. While Justices Chandrachud and Nariman had responded to Rohatgi, asking questions about his argument and indicating that they understood it, Chief Justice Dipak Misra told Rohatgi to confine his argument to the limited issue of the decriminalisation of Section 377, which The Wire reported on yesterday.

Mehta said that if the court was going to look into more than just the decriminalising of Section 377, then the government should be given a chance to file a response.

#Section377: ” Do not restrict it to S. 377, further directions are needed for protection of my life, property”, Rohatgi.

“First let us get out of this mess of Naz Foundation/ Kaushal”, CJI Dipak Misra.

“That is easy for me”, says Rohatgi amidst peals of laughter.#LGBT

While the lawyers and judges moved past this point on the first day of arguments, the matter came back in a substantial way on day two.

Not just about sex, but also about living with sexual partners

While much of the discussion on the first day was focused tightly, by Rohatgi, on the very act of sex, the second day saw this issue being raised and expanded to much more than that.

Early on, while making brief comments for the Centre, Mehta said, “I leave it to the wisdom of the judges. As Justice Chandrachud said, the ability to have sex is a fundamental right.”

To this, Justice Chandrachud made a significant clarification. “This is not about having sex or not having sex. This is about the ability to choose one’s partner. It’s a little different.”

Casting the case in this light really does elevate the issue and pry open the gate towards civil rights.

This matter of being able to choose one’s partner was further raised by advocates Saurabh Kirpal, Menaka Guruswamy and Shyam Divan.

“What other civil rights follow will come later,” said Justice Misra to Kirpal’s arguments. Misra had said this yesterday also, in reply to Rohatgi, that if any LGBTQ couples approach court with civil disputes, then the court could look at the matters at that time.

“I’m very concerned that we recognise the nature of the relationship and not just the act of sex,” said Justice Chandrachud.

Decriminalising Section 377 and its effect on love

The second day of hearing also saw powerful arguments by Menaka Guruswamy. While first constructing her arguments about how Section 377 was disproportionate and arbitrary, she reached a point in her presentation where she spoke emphatically about love and justice.

“How strongly must we love to withstand the terrible wrongs of Suresh Kumar Koushal?” she asked the bench.

She was referring to the Supreme Court verdict of 2013 which re-criminalied homosexuality.

“I asked our petitioners, what must it take to live in this shadow? How strongly must you love, to withstand being an unconvicted felon? That is the depth of these relationships. This is not just about sex. This is what needs to be constitutionally recognised,” she said. “This is the business of life. And its not just about sexual acts.”

@MenakaGuruswamy, I’m proud to say that you were our legal counsel. Thank you for showing the court what it means to be queer, real struggles of individuals. Of love. The passion with which you argued, reduced us and so many others in court to tears. #Section377 #UnitedAgainst377

This was an emotional moment for many in court, where at least ten petitioners have also been attending the hearings.

Arguments are expected to be brief on Thursday, which is the third day of hearings – Mehta asked the judges only for a few minutes to speak on Thursday, and no religious or other groups with oppositions intervened so far either.