Catholic Church Rejects Use of Gender Identity Theory in Education

In a new document aimed at Catholic schools, the Church has rejected the idea that people should be free to choose their gender. The LGBT community has said the document would encourage more hatred and bigotry. 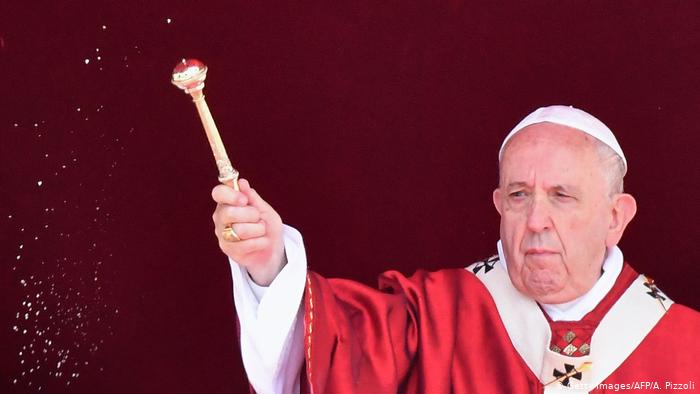 The Vatican released a 30-page document on Monday, titled “Male and Female he created them,” which rejected the idea that people can change their gender. The document said that the notion of gender being determined by personal feelings rather than biology was an attempt to “annihilate nature.”

The document was issued by the Congregation for Catholic Education, which oversees Catholic education policy, as a guide for Catholic schools on how to approach answering questions from pupils about gender identity.

The document called gender fluidity a “confused concept of freedom” and “momentary desires” that characterise post-modern culture and rejected terms like “intersex” and “transgender.”

The document was released as LGBT people around the world celebrate “Pride Month.” Transgender individuals, in particular, are advocating for a more complex understanding of gender that goes beyond binary male and female categories, or visible sexual characteristics.

The New Ways Ministry, a group which addresses issues dividing LGBT Catholics and the Church, said in a statement by executive director Francis DeBernardo that the “only truth that the document reveals is that the Vatican remains ill-equipped to discuss gender and sexuality in the modern world.”

The statement also called the Vatican’s document “a gross misrepresentation of the lives of LGBT people which perpetuates and encourages hatred, bigotry, and violence against them.”

The document did not add anything to the Church’s position on transgender issues and observers noted that the text looks to rely on previous papal pronouncements, along with Vatican documents. Pope Francis has repeatedly argued that people cannot choose their genders.

However, the document is the first time the Vatican has attempted to put the position in an official text. The document called for families, schools and society to come together and offer a “positive and prudent sexual education” in Catholic schools so children learn the “full original truth of masculinity and femininity.”

“Efforts to go beyond the constitutive male-female sexual difference, such as the ideas of ‘intersex’ or ‘transgender,’ lead to a masculinity or femininity that is ambiguous,” the document stated.

“The Vatican’s theology on gender is deficient and flawed,” the New Ways Ministry said. “It relies on categories of male and female that were shaped centuries ago in oppressive and repressive cultures.”