'You Are Dragging Your Feet': SC to UP Police on Lakhimpur Kheri Case

"You have recorded statements of only 4 witnesses so far out of 44. Why not more?" asked Chief Justice Ramana. 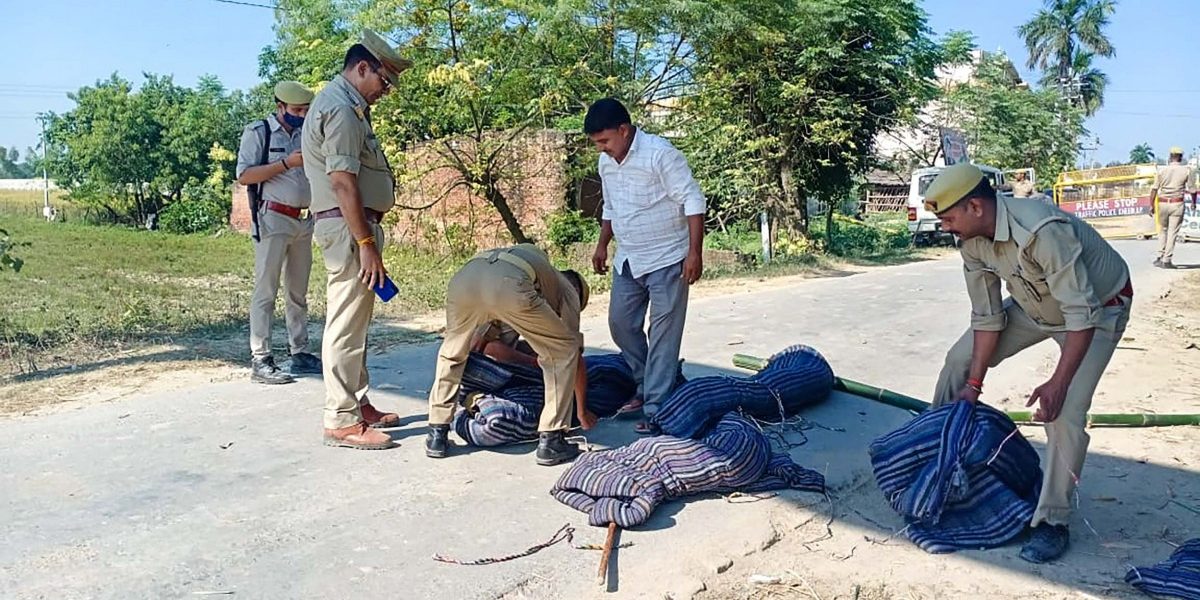 The Special Investigation Team (SIT) recreates the sequence of events leading to the incident in Uttar Pradesh’s Tikonia village as part of their ongoing investigation, in Lakhimpur Kheri, Thursday, Oct. 14, 2021. Eight people died in the Oct. 3 violence and of them, four were farmers, allegedly knocked down by a vehicle carrying BJP workers. Photo: PTI

New Delhi: “We think you are dragging your feet. You please dispel this impression,” the Supreme Court on Wednesday told the Uttar Pradesh government while hearing the Lakhimpur Kheri matter, and asked it to record statements of remaining witnesses in the case before a judicial magistrate.

The apex court, which was hearing a matter pertaining to the October 3 violence in Lakhimpur Kheri in which eight persons including four farmers were killed was told by the state government that statements of four out of the 44 witnesses have been recorded by the judicial magistrate.

“You have recorded statements of only 4 witnesses so far out of 44. Why not more?” asked Chief Justice Ramana, according to NDTV.

A bench headed by Chief Justice N.V. Ramana perused the status report filed by the state government in the matter on Wednesday. The court also complained about how it had waited till 1 am the previous night for the government’s filing, and received nothing.

“We waited till 1 AM last night for any filing. But we received nothing,” CJI Ramana said, according to Bar and Bench.

The bench, also comprising Justices Surya Kant and Hima Kohli, was told by the state that the process of recording of statements of witnesses before judicial magistrate is going on.

Justice Kant made it clear that the bench had not asked for sealed covers. “We never said anything about sealed covers,” he said in court.

The top court has posted the matter for hearing on October 26 after Harish Salve, appearing for the state, asked for more time to record statements.

Ten people, including Union minister of state for home Ajay Mishra’s son Ashish Mishra, have been arrested so far in connection with the case. Ashish was allegedly in one of the cars that mowed down and killed protesting farmers.

The top court is hearing the matter after two lawyers had written a letter to the CJI seeking a high-level judicial inquiry, also involving the CBI, into the incident.

Four farmers were mowed down by an SUV in Lakhimpur Kheri when a group agitating against the Centre’s three new farm laws was holding a demonstration against the visit of Uttar Pradesh deputy chief minister Keshav Prasad Maurya on October 3.

Two BJP workers and a driver were beaten to death allegedly by the angry protesters, while a local journalist was also killed in the violence.