'You were duty-bound to register a complaint against any wrongdoing. Despite knowing that an offence is being committed by your boss, you remained silent.' 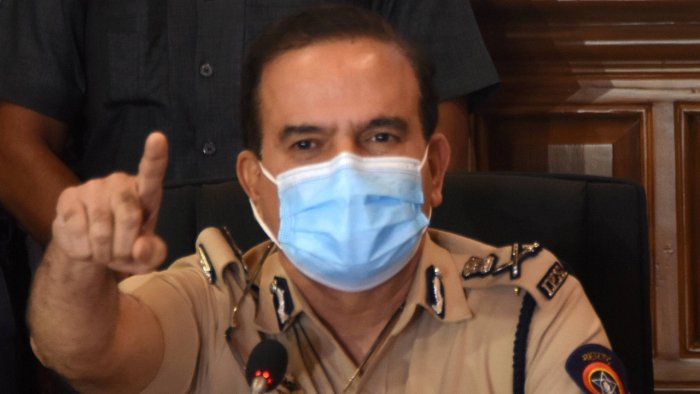 Mumbai: The Bombay high court on Wednesday, March 31, asked former Mumbai police chief Param Bir Singh why he did not lodge a police complaint against Maharashtra home minister Anil Deshmukh if he was aware of alleged wrongdoing being committed by the minister.

A division bench of Chief Justice Dipankar Datta and Justice G. S. Kulkarni asked Singh why he did not lodge a complaint with the police first, and said without a first information report (FIR), the high court cannot intervene or direct for an independent agency like the Central Bureau of Investigation (CBI) to carry out an investigation.

“You (Singh) are a senior police officer. You are not a layman. You were duty-bound to register a complaint against any wrongdoing. Despite knowing that an offence is being committed by your boss, you (Singh) remained silent,” Chief Justice Datta said.

The HC was hearing a criminal public interest litigation (PIL) filed in the high court on March 25 by Singh, seeking a CBI probe against Deshmukh.

The bench further noted that Singh cannot convert the high court into a magistrate court.

“The proper and appropriate course of action would be for you (Singh) to first lodge a complaint with police. If the police do not lodge an FIR, then you have the option of filing an application before the magistrate,” the court said.

Singh’s counsel Vikram Nankani said his client wanted to avoid this “chakravyuh” (labyrinth). The high court, however, noted this was the procedure laid down in law. “Are you saying that you are above the law?” Chief Justice Datta asked.

Nankani argued that he did not have any other option than to approach the high court, as the complaint and allegations were against the “very head of the state administration”.

The court further asked Nankani if any statement, as alleged by Singh in the petition against Deshmukh that he had asked police officers to extort money, was made by the home minister in Singh’s presence.

“Was any of these statements made by the home minister in Singh’s presence? Otherwise, this is nothing but hearsay,” the court said.

The high court further said there is also no affidavit submitted by any of the police officers who were allegedly called by Deshmukh to his residence, supporting the allegations levelled by Singh.

The bench said without an FIR it cannot pass an order directing an independent agency to investigate the matter. “Our prima facie opinion is that without an FIR, this court cannot order investigation. Your prayer seeking a direction to the CBI to investigate appears to be harsh in the absence of an FIR,” Chief Justice Datta said.

The court further asked if a PIL is maintainable when the issue pertains to a service matter. Advocate general Ashutosh Kumbhakoni, appearing for the Maharashtra government, sought dismissal of the petition with an exemplary cost, and claimed the plea was filed with a personal vendetta.

“The PIL is not filed in the public interest but is riddled with personal grievances and interests. The petitioner has come to this court with dirty hands and dirty mind,” Kumbhakoni said.

Waze was arrested earlier this month by the National Investigation Agency (NIA) in the case of bomb scare near industrialist Mukesh Ambani’s residence in Mumbai.

The PIL filed by Singh also raised the issue of alleged corruption in police transfers and postings in the state. Singh was shifted from the post of Mumbai’s commissioner of police to the home guards department on March 17.