Why a Revamping of the CBI Is Necessary

It is not just the image and credibility of the CBI that is at stake. India’s image as a country committed to the rule of law itself needs to be refurbished nationally and internationally. 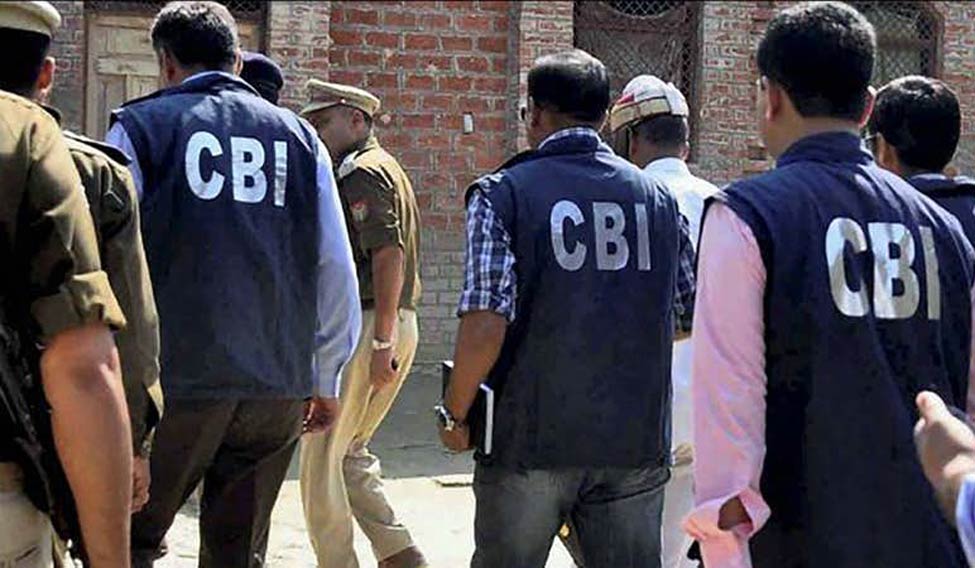 When any institution becomes a law unto itself, it becomes imperative to ensure that it is made answerable and accountable to the society at large, and not just to the government. Over the years, disconcerting questions have arisen regarding the functioning of the Central Bureau of Investigation (CBI), irrespective of which government was in power.

Even the Supreme Court has exhausted its prolific vocabulary in castigating the functioning of the CBI. The latest case is of the CBI changing the “look out notice” issued for Vijay Mallya from detaining him to just reporting his travels, which facilitated his flight to London. It brings out the totally arbitrary working of CBI. Either the first notice was uncalled for or the second was totally unjustified.

The CBI has a chequered history which brings out all that is wrong with India’s governance. Almost five decades ago, on April 29, 1970, the then union home minister Y.B. Chavan had told the parliament that a Central law for the CBI was being prepared in consultation with the Ministry of Law. This proposal is still languishing! One knows that in India, things move at snail’s pace, but in this case even the snail would have won the race!

In 1978, the committee appointed, under the chairmanship of L.P. Singh, former union home secretary, had made wide-ranging recommendations to improve the CBI’s working. As is the usual practice in such cases, the report was consigned to the archives.

This was followed by the recommendations of the estimates committee of the parliament (1991-92). The committee had urged that a clear-cut policy should be laid down stating the purpose of CBI’s functioning and had suggested a legislation defining its charter. The committee was firmly of the view that unless the CBI was given a statutory status and well-defined legal powers to investigate cases which have ramifications in states, its effectiveness would decline substantially and steeply.

The committee had further desired that the question of amending the Constitution for this purpose should be discussed with the states. The committee had underlined that the CBI was essentially an anti-corruption agency and therefore, the question of setting up a national police agency, distinct from the CBI, for investigation of criminal offences of national and trans-national importance should be examined promptly and with utmost seriousness, in consultation with the chief ministers of states. The committee had proposed that this new organisation should be placed under the Ministry of Home Affairs (MHA).

I was union home secretary at the time. I felt that the recommendation of setting up a national police agency was sound and decided to pursue it further. As I had brought out in my memoirs, Unfinished Innings (1996), an issues paper for the committee of secretaries was prepared by the MHA, for taking follow-up action and putting up the proposals to the cabinet committee on political affairs. But the CBI was opposed to shedding any of its powers and functions and the then prime minister P.V. Narasimha Rao did not want the matter to be pursued. The reorganisation of the CBI thus proved to be a non-starter.

Later, the functioning of the CBI figured prominently in the Jain hawala, 2G scam, coal scam and other prominent cases in which it had repeatedly come in for adverse notice. Its investigation of Bofors case raised a number issues in public debate which have remained unanswered to this day. After the passage of the Right to Information Act, 2005, it was hoped that agencies like the CBI would be open to public scrutiny to some extent. But, the CBI has conveniently managed to get itself exempted from the purview of the Act, and that too on the recommendations of the committee of secretaries!

The working of the CBI became totally politicised under Indira Gandhi’s prime ministership. It will be recalled that the then CBI director D. Sen was found guilty by the parliament for obstructing four officers of industry ministry in collecting information for replying to a parliament question on Maruti affairs and was sentenced to a prison term, along with the former prime minister Indira Gandhi and R.K. Dhavan, her private secretary. Sen had raided and arrested the four officers at the behest Indira Gandhi. 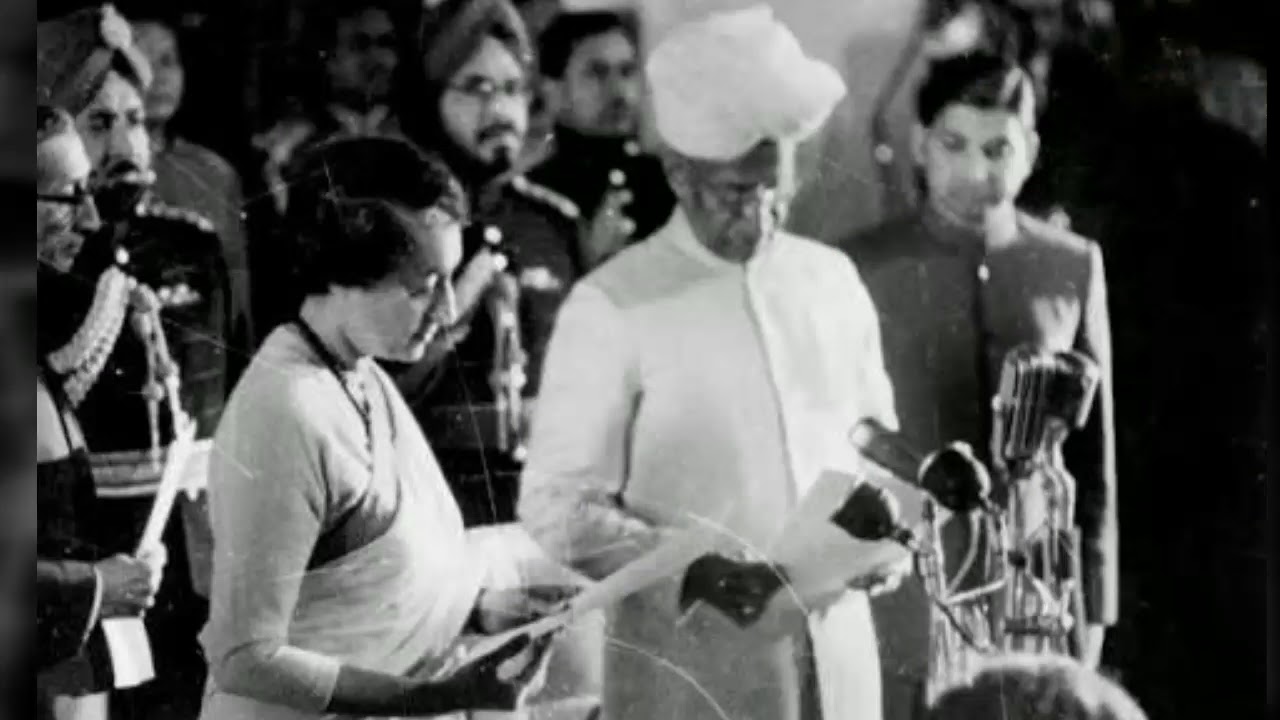 Since then, the CBI has become the hand-maiden of the government in power. This led the Supreme Court to pass orders in the Jain hawala case, saying the investigation should be pursued independently of the executive. But this remained confined only to that case and it did not stop the CBI from taking approval regarding its stand in other cases such as the 2G scam.

It is high time the CBI is mandatorily kept at an arm’s length from the government while investigating politically sensitive cases. The Supreme Court had suggested in the Jain hawala case that the CBI should be placed under the supervision of the central vigilance commission. As was to be expected, this was opposed by the CBI. The government too was not keen.

Problems within the CBI

At least two former directors of the CBI are being probed for their nefarious role in influencing the investigations in high profile cases. The CBI is reported to be probing 26 of its own officers for graft. Another news-item shows that its present director and special director are at logger-heads, making public allegations against each other. This is simply shocking and raises serious questions about the integrity and image of the premier investigating agency in the country.

Misuse of the CBI to settle political scores has largely been responsible for the state governments’ opposition to enacting a Central law for the CBI. But, unless the CBI is brought under a statute, it will be impossible to make it truly accountable for its actions and inactions.

Guidelines to watch over the CBI

Towards this end, I have been advocating for quite some time that a high level governing board should be set up for the CBI in which, apart from the prime minister and union home minister, four-five chief ministers of states may be appointed, by turn, to give broad guide-lines and keep a watch over the working of the CBI. This will instil a sense of confidence in the states and help in building consensus in favour of a Central law for the CBI. Second, the CBI should be bifurcated into an anti-corruption body and a national crime bureau. The latter should be entrusted with all matters pertaining to criminal offences with national and inter-national ramifications. The present CBI, with its charter confined to anti-corruption cases, should continue to be under the Ministry of Personnel while the national crime bureau should be placed under the MHA.

Third, a comprehensive new central law should govern the working of the institutions. Fourth, the law should specifically provide for appointment of a special public prosecutor who will have full independence to deal with the politically and nationally sensitive cases and take a stand safeguarding public interest. Fifth, explicit charters may be laid down for both these organisations, with reference to which their work could be judged. Sixth, these organisations should be brought fully under the Right to Information law, with a stipulation that no information pertaining to any on-going investigation can be made available, but that all information pertaining to cases which were withdrawn, or cases which were closed, or were dismissed by the court would be made available to the people. Such a social audit will go a long way in making both these institutions fully accountable.

Seventh, the law should lay down that such an annual social audit of the working of these organisations should be carried out by ten reputed, knowledgeable persons with background of law, justice, public affairs and administration and the audit report should be placed before the parliament. Eighth, the selection of the directors of both these institutions should be made by a committee presided over by the prime minister and comprise the home minister, the Lok Sabha speaker and the Rajya Sabha chairman, Lokpal, when appointed, and leaders of opposition in both the houses. Ninth, the directors should have a fixed term of three years. Tenth, after retirement, the directors of both the institutions should be made ineligible for any appointment by the Central and state governments.

What is at stake is more than just the image and credibility of the CBI. India’s image as a country committed to the rule of law itself needs to be refurbished nationally and internationally. The Narendra Modi government can send a powerful message by setting the ball rolling without loss of any further time.

Madhav Godbole is a former home secretary and secretary, justice, government of India.