Whatever Jaitley May Say, Naidu's Order on the Impeachment Motion Is Flawed

The vice president said the petitioners ought to have proved their allegations – but the constitution says differently. 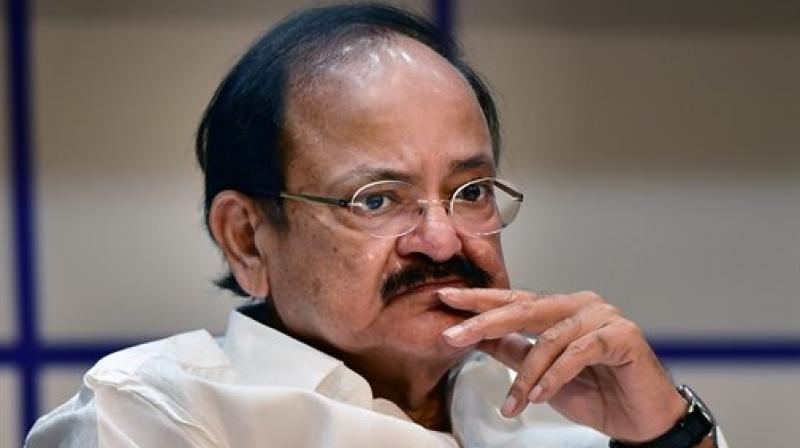 Finance minister Arun Jaitley recently wrote an erudite piece on the impeachment motion moved by some MPs against Chief Justice of India Dipak Misra and why it was destined to fail. I would respectfully dwell upon only one constitutional issue that appears to have escaped attention so far. The issue is the role of the vice president under Article 124(5) of the constitution. I am refraining from writing as to why the motion was moved and the veracity or otherwise of the charges made.

The vice president derives his authority from section 3(1) of the Judges (Inquiry) Act, 1968, based on Article 124(5) of the constitution, which says:

Parliament may by law regulate the procedure for the presentation of an address and for the investigation and proof of the misbehaviour or incapacity of a judge under clause 124(4). emphasis added)

“…if notice is given of a motion for presenting an address to the President praying for removal of a Judge signed … in case of a notice given in the Council of States, by not less than fifty members of that Council, then…the Chairman may, after considering  such materials, if any, as may be available to him, either admit the motion or refuse to admit the same.”

Here the chairman of the Rajya Sabha is the vice president.

Vice president M. Venkaiah Naidu said in his order on the motion:

“I have applied my mind … I have examined all the documents … I am of the clear opinion that all facts … read with annexed documents…do not make out a case under  article 124 (4) of the Constitution of India which can lead any reasonable mind to conclude that the Chief Justice of India on these facts can be ever held guilty of ‘misbehavior’.”

“A Judge of the Supreme Court shall not be removed from his office except by an order of the President passed after an address by each House of Parliament supported by a majority of the total membership of that House and by a majority of not less than two-thirds of the members of that House present and voting has been presented to the President in the same session for such removal on the ground of proved misbehaviour or incapacity.”

Mark the words ‘investigation’ and ‘proof’ in Article 124(5). The question of proof does not arise without investigation. Once an investigation is carried out, and the investigation culminates in ‘proof’ of alleged misbehaviour, the role of Article 124 (5) ends and 124(4) comes into play.

It is precisely at this stage that the question of the actual “removal” of the judge is discussed by each house of parliament, and if this question of removal is then supported by a majority of total membership of that house and by a majority of not less than two-thirds of the members of the house present and voting, the president can remove the judge from office.

Naidu opined that the petitioners are “unsure of their own case”. However, at the stage of Article 124(5), petitioners cannot, and must not, make any averment of “proof”. That is the job of the inquiry committee under Article 124(5), if an inquiry had been ordered by the vice president. At this stage, petitioners were surely not required to aver that allegations have been proved “beyond reasonable doubt”.  Therefore, para 11 of Naidu’s order seems erroneous and legally unsustainable.

The vice president’s order may be entirely correct on merit. But it is not for anyone to pre-judge the merits of the case. And Naidu’s observation that the petitioners ought to have averred that charges have been proved beyond reasonable doubt makes the order legally vulnerable.

Bishwajit Bhattacharyya is a former additional solicitor general of India and a senior advocate in the Supreme Court.