The factual matrix of the case the EC cited to curtail the campaign was different from the one prevailing in the nine Lok Sabha constituencies of West Bengal. On Wednesday, the Election Commission (EC) took the unprecedented decision of reducing the campaign period in nine Lok Sabha constituencies in West Bengal going to polls on May 19. In its press release, the EC claimed that this was needed to arrest the prevailing situation in these constituencies and taking the step may be conducive to holding free, fair and peaceful elections. Although the EC relied on a few legal precedents to defend its power to do so, the decision merits a close scrutiny to understand its implications.

In 1992, the Centre promulgated an ordinance amending Section 30 (d) of the Representation of the People Act, 1951 to reduce the campaign period for any election from 20 to 14 days, by providing that the date of poll shall not be earlier than the 14th day after the last date for withdrawal of candidature. The ordinance was challenged in the Supreme Court as being violative of Article 14 of the Constitution in Rama Kant Pandey v Union of India. The amendment was carried out ostensibly with a view to expedite the whole process of elections. The ordinance was replaced by an Act only on August 1, 1996.

The petitioner had then contended before the Supreme Court that the period of 14 days, substituted by the amendment, is too short. The petition also said the reduction of the period from 20 days is arbitrary and prejudicial to the larger interest for which elections are held. The Centre had claimed before the court then that on account of increase in terrorism and physical violence in several parts of the country combined with the phenomenal increase in the number of independent candidates, the danger of disruption of the election process had been fast growing and the problem was taken up for serious consideration.

Also Read: We Voters Did Our Duty but the Election Commission Failed to Do the Same

The ordinance was being promulgated along with another crucial ordinance amending Section 52 of the RPA to provide for countermanding of poll in a constituency only if a candidate of a recognised political party dies. Before this amendment, elections were countermanded even if an independent candidate died. The then government claimed that in 1990, the Dinesh Goswami committee on electoral reforms had also recommended these amendments.

The amendments were introduced by an ordinance when parliament was not in session. explaining the urgency, the Centre said Lok Sabha and assembly elections were due to be held in Punjab, and considering the law and order situation in the state, it was essential to curb the danger of disruption of the election process by amending Section 52 immediately. With the same object in view, the period of 20 days mentioned in Section 30 was substituted by 14 days.

On the reduction of the campaign period, though, the Court’s reasoning was superficial, and without substance. It held:

The argument against the reduction of the period of 20 days to 14 days in Section 30 is equally without any merit.  The learned Counsel could not suggest any good reason for holding that the period of 14 days would be inadequate or inappropriate, especially in the changed circumstances which are prevailing in the country.

The court did not specify the changed circumstances which justified the reduction of the campaign period for an election. But the inability of the petitioner’s counsel to suggest any good reason for claiming that a 14-day campaign period would be inadequate was cited as a ground for the court’s upholding of the amendment.

The Supreme Court found no merit whatsoever in the contention that candidates set up by the political parties should not receive any special treatment. Credit: PTI/Atul Yadav

Campaign period: why further reduction is not authorised by law?

Although the EC’s press release on Wednesday did not cite the Supreme Court’s judgment in Rama Kant Pandey, it is obvious that any legal challenge to the decision would be tested on the basis of the law laid down in that case.

The question as to what is the “adequate” campaign period has not been legally determined. Instead, the Supreme Court expects those challenging the adequacy of the campaign period to show why it is not adequate. Those who consider it inadequate may argue that the number of voters to be contacted by a candidate or a political party through various channels has grown phenomenally over the years, and the geographical size of a constituency, if it is a large one with remote inaccessible areas, may require more time for a candidate or a political party to plan its campaign effectively.

The EC, on the other hand, may argue that the expansion of internet access, and the reach of social media, besides television and newspapers which disseminate campaign speeches of candidates and leaders, have limited the need for an extended campaign period. Therefore, any further reduction in the campaign period is unlikely to be viewed as a restriction on the campaign potential of the parties and the candidates.

Also Read: The Legacy of a Different CEC: When J.M. Lyngdoh Stood up to Modi

In its press release, the EC avoids any discussion on the adequacy of the campaign period, but justifies its reduction because it says it has the power to do so, if in its perception, the law and order situation in a constituency does not inspire confidence of the likelihood of a free and fair election on the polling day.

For this purpose, it relies on the Supreme Court’s judgment in Election Commission of India v State of Haryana, delivered by a five-judge Constitution bench in 1984. In this case, the bench, the EC claimed, had held that the presumption of the ECI as regards to the law and order situation in the areas going to poll should prevail over that of the state government and that even the high court should not substitute its knowledge and opinion in such matters.

But the factual matrix in that case was different from the one prevailing in the nine Lok Sabha constituencies of West Bengal. The EC had decided to hold a by-election to the Haryana legislative assembly from Taoru constituency on April 18, 1984. The state of Haryana wrote to the EC that the law and order situation in the constituency was not conducive to hold free and fair election and therefore, wanted it postponed. The EC did not agree with the assessment of the state government, and went ahead with its planned schedule of calling the by-election by issuing a notification on April 18, 1984.

The state government approached the Punjab and Haryana high court on April 17, 1984 and obtained an ex-parte order staying issuance and publication of the EC’s notification on April 18, 1984.

Subsequently, the Supreme Court heard the matter at length over several days, and ultimately by a majority judgment (4:1) struck down the high court’s order, holding that it was not justified in substituting its own opinion for that of an authority (EC) duly appointed for specific purpose by the law and the Constitution.

The apex court also held that though the state government was in the best position to assess the law and order situation, the ultimate decision as to whether it was possible and expedient to hold the election at any given point of time must rest with the EC.

The reason why this judgment is inapplicable to the present case is obvious. Unlike the Haryana government in 1984, the West Bengal government did not seek the postponement of the elections in the nine Lok Sabha constituencies because of poor law and order situation prevailing there. The EC, which claimed to have made an assessment of poor law and order situation, also does not think that postponement of elections is the answer. In any case, the reduction of the campaign period was not even remotely considered in 1984. The Supreme Court made those observations regarding the EC’s powers regarding assessment of law and order situation in areas going to the polls only in the context of the high court exercising similar powers.

In the current context, no one has challenged the EC’s power to assess the law and order situation in the constituencies going to the polls before the Calcutta high court. It is conceded that the EC has such a power. But the question is whether it can derive from this an additional power to further reduce the campaign period, beyond what has been envisaged under the law. 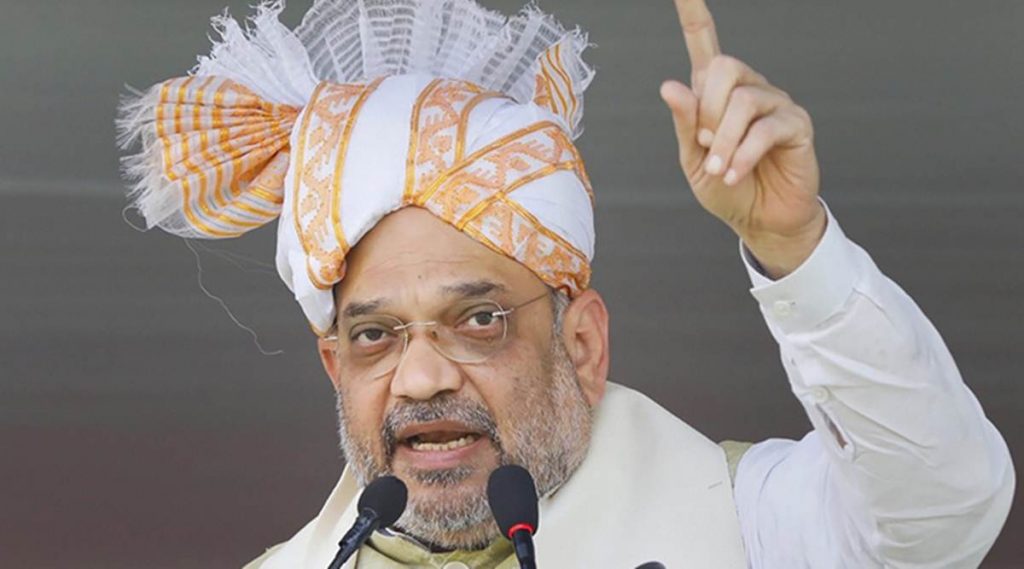 The relevance of dissent in the 1984 case

Clearly, if the EC thinks that the law and order situation in these constituencies is not so bad as to warrant postponement of elections, why limit the campaign period assuming that it may get worse? In the 1984 judgment cited by the EC, the dissenting judge, Justice M.P. Thakkar asked:

By what process of self-hypnotism did the E.C. convince itself that free and fair elections could be held even when public meetings were banned in the constituency? How, and by what process of ratiocination did the E.C. convince itself that free elections could be held in a situation where the candidates would consider it hazardous to contest or to indulge in election propaganda, and even voters would be afraid to vote?

It is obvious that it is the dissenting opinion in that case which is more relevant to the EC’s current decision.