Professor Faizan Mustafa speaks of the intricacies in the Ayodhya judgment with Karan Thapar. 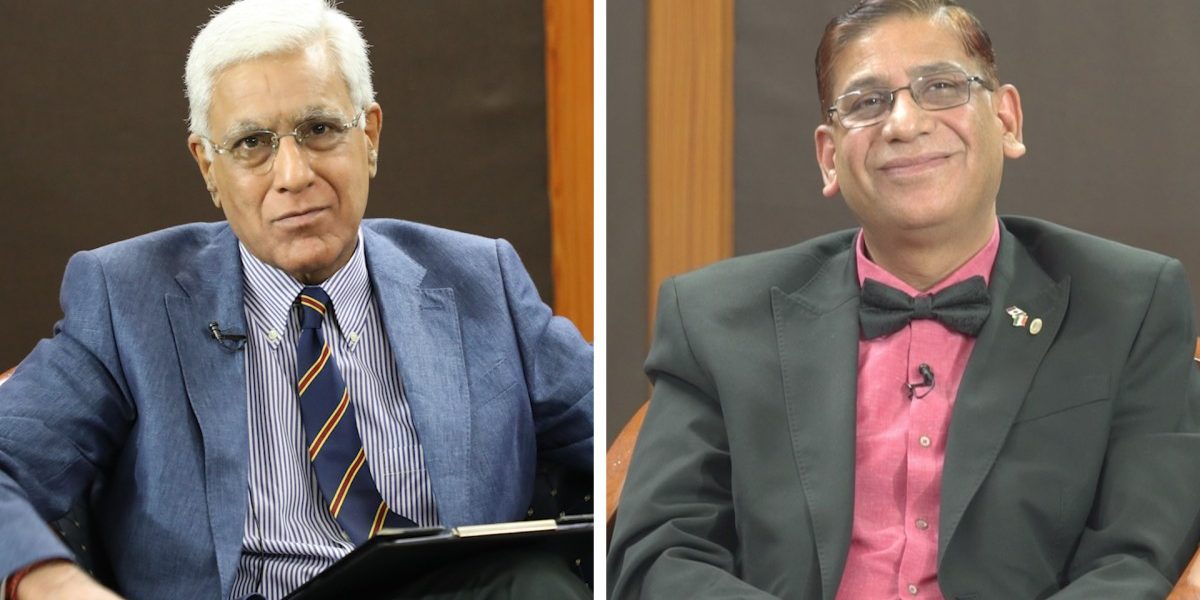 Parts of the Ayodhya judgment are “laughable” while a differential standard of proof for Hindus and Muslims is “unfair” and wrong in the eyes of the law, says Faizan Mustafa, vice-chancellor of NALSAR University of Law in an interview with Karan Thapar for The Wire.

Professor Mustafa, one of India’s foremost experts on the constitution, says the claim that there was no evidence of Islamic worship in the Babri Masjid from its construction in 1528 till 1857 is “laughable”. Mustafa comprehensively discusses the Supreme Court’s Ayodhya judgment and the issues and questions arising out of it.

Speaking about the Supreme Court’s claim that “there is no account by them (Muslims) of … the offer of namaz in the mosque between the date of construction and 1856-57,” he makes several points.

First, he says the Court accepts this was a mosque which existed for over 450 years. The logical presumption is that it’s a functioning mosque where prayers were regularly said. If that presumption is to be disputed you need proof to do so.

On the one hand, it accepts this was a mosque of over 450 years standing yet denies there was Islamic worship taking place within it but still doesn’t call the mosque defunct or disused.

Mustafa further says a second inconsistency in the Supreme Court judgment arises out of the fact that it accepts riots took place between Hindus and Muslims in 1856-57 over the right to worship at the Babri Masjid but the court does not draw the logical conclusion that these riots prove Muslims were worshipping there prior to 1857.

He also points out that the railing put up by the British in 1857, creating separate spaces for Hindus and Muslims, was tantamount to a claim of possession. This, again, the Supreme Court has overlooked.

Talking specifically about the Supreme Court’s claim that “Muslims have offered no evidence to indicate that they were in exclusive possession of the inner structure prior to 1857 since the date of the construction in the 16th century,” the professor says that this flies in the face of historical facts.

In 1528, when the mosque was built, Babar was conqueror of India and a devout Muslim. Later, from 1658 to 1707, Aurangzeb was emperor of India and said to be a religious bigot. It’s inconceivable that they would have allowed Hindus to enter and pray inside the mosque, particularly one named after Babar, the founder of the dynasty.

Mustafa adds that it’s “laughable” to question whether Muslims had exclusive possession of the mosque right through the centuries of Mughal rule.

Speaking about the differential standards of proof required of Muslims and Hindus, Mustafa says this was “unfair” of the Supreme Court and “wrong in law”. Whilst Muslims were required to prove they had exclusive possession of the inner sanctum from 1528 till 1857, in the case of Hindus it was sufficient to show they believe the Ram Janamsthan lay under the central dome of the mosque. This means “hard evidence” was required of Muslims but only “an assertion of faith” by Hindus was enough.

Referring specifically to the Court’s decision to treat the inner and outer courtyard as “one composite whole” on the grounds that when Hindus prayed in the outer courtyard they would look towards what they consider the sanctum sanctorum, located inside the mosque, which they believe is the birthplace of Ram, Mustafa says this is like saying if my neighbour “stares at my house” he can claim possession of it on the grounds that he believes it is his rightful property.

Speaking about the fact the court decided “on a balance of probabilities”, Mustafa says that a better and more fair decision would have been to split the Babri Masjid site between Hindus and Muslims, though not necessarily equally, rather than give it entirely to Hindus.

He points out that when the judgment says “on a balance of probabilities, the evidence in respect of…the Hindus…stands on a better footing than the evidence adduced by the Muslims,” it clearly means both sides have evidence supporting their claim but the court believes the Hindu evidence is better. Therefore, splitting the site would have been a better decision than giving it entirely to one party.

Mustafa says a second infirmity in the judgment is that after stating the mosque was “desecrated” in 1949 and its demolition in 1992 was “an egregious violation of the law,” the land on which the mosque stood has been given to the party allegedly guilty of violating the law.

In this connection, he also points out that the main arguments advanced by the advocate of Ram Lalla were dismissed by the court but the outcome still favoured Ram Lalla. He also says there were good grounds for saying that the Ram Lalla case filed in 1989 should have been barred on the grounds of limitation of time.

Also read: Justice A.K. Ganguly: ‘If Babri Masjid Was Still Standing, Would SC Have Had it Demolished?’

Mustafa also says it was improper for the authorship of the judgment to have been withheld. “Free and fearless judges” should acknowledge what they have written, he holds and adds that the 116-page addendum was actually a concurring judgment and should have been presented as such and not as an addendum. This is because it relies on faith rather than evidence to give the land to Hindus. Its basis of reasoning is, therefore, entirely different to that claimed by the other four judges.

Mustafa says he does not believe this judgment necessarily creates a precedent that could apply to the Kashi and Mathura cases, particularly because the judgment specifically says “the law is not the answer” for people seeking recourse against actions of ancient rulers. However, this may not preclude lower courts taking up such cases and it certainly does not prevent parliament legislating in the matter.

Mustafa says he does not agree with the view of Maulana Mahmood Madani of the Jamiat Ulema-e-Hind that “the judgment has shaken the faith of the minorities in the judiciary”. He says they will be disappointed but their faith in the law remains intact.

He also says whilst a review of the judgment was a constitutional right he did not believe it would serve any purpose. Even if the Lucknow case, concerning the demolition, is expeditiously concluded there will be appeals to higher courts and no final result is likely in the foreseeable future.

Finally, the professor says that if the Supreme Court had adjudicated the case in circumstances where the mosque had not been demolished but was still standing, the judges would not have ordered its demolition and, therefore, they would not have given the land it stands on to the Hindus. He says it was the demolition of the mosque that made this possible.