Speaking to The Wire, the former chief justice of the Delhi high court feels it is ‘absolutely necessary’ to order an enquiry as the allegations can ‘stigmatise’ the judiciary. 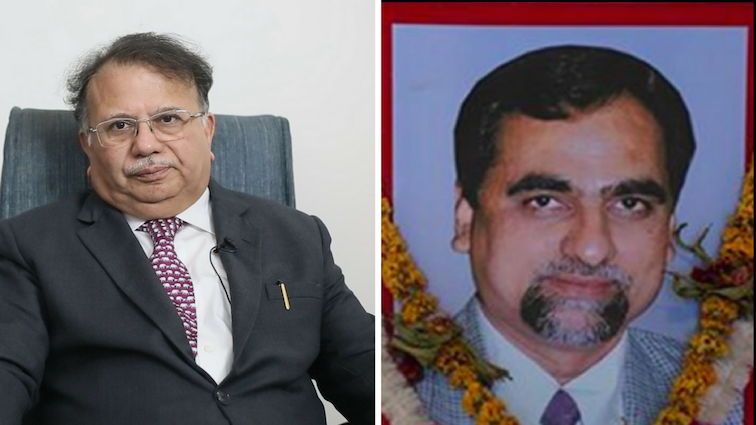 New Delhi: Former Delhi high court chief justice A.P. Shah on Thursday became the first senior member of the judiciary to speak out about the allegations of foul play in the December 2014 death of Brijgopal Harkishan Loya, the special CBI judge presiding over the trial of BJP president Amit Shah and several top Gujarat police officers for the encounter killing of Sohrabuddin Sheikh and his wife Kauser Bi.

Apart from referring to the grievances of Loya’s family members regarding the suspicious circumstances of his death, Justice A.P. Shah also expressed concerns regarding allegations of corruption as the late CBI judge was allegedly offered a bribe of Rs 100 crore for a “favourable” judgment in the weeks and months running up to his sudden demise, ostensibly because of cardiac arrest.

“It is necessary that the chief justice of the high court or the Chief Justice of India himself should look into this material and decide whether to order an enquiry, because if these allegations are not investigated it causes serious stigma on the judiciary,” Justice Shah told The Wire in an exclusive interview at this residence here.

Justice Shah stressed the need to maintain the confidence of the people in the integrity of the judiciary. Calling Loya an honest and upright judge, he added, “Not enquiring into the allegations made by the family would send a very wrong signal to the judiciary, particularly the lower cadre.”

In an implicit reference to the medical college bribery scam, he said that there have been several self-inflicted wounds on the judiciary recently and such matters should be investigated to maintain the confidence of the public in the judiciary. He further added that, “In such cases where prima facie material is available to investigate, it is ‘absolutely necessary’ to order an enquiry…. The judiciary is the tallest institution of the country and people have tremendous faith in it. Any misgivings of the family of a member of a judiciary should be addressed.”

The following is the transcript of Justice A.P. Shah’s comments:

I have read two articles in The Caravan Magazine about the death of judge Loya in December 2014. I have also seen the video recorded testimonies of his family members. I think his two sisters gave their versions – one is a teacher and the other is a doctor. His father, an 85-year-old man, also appears in the video. It seems that Loya has a son who must have been very young at that time. His letter is given to the journalist. The letter shows that the son of judge Loya requested the then chief justice of the Bombay high court to carry an investigation into his unfortunate death in Nagpur.

Now the official version is that judge Loya died of heart attack, cardiac arrest they said. He was in Nagpur and he passed away there. He was taken to some hospital called Dande hospital and then to some other hospital. His body was brought to his native place. His family says, and particularly the sister who is a doctor, that there were blood stains on his clothes and that there was something odd about the way in which the body was found. She also points out that the post-mortem examination report is signed by some unknown person as the cousin of the deceased judge. They don’t have any cousin residing in Nagpur. Another circumstance which, according to them, is suspicious is one Mr. Baheti who had no concern with the family and is a complete stranger. He came on the scene, was there all along and returned the mobile phone of the judge three to four days after his death. According to the family, the messages in the mobile phone had been deleted. The family claims that a message was sent to the judge that he should be cautious, some sort of a warning to him. This was also deleted; the family knew about it. It appears that the judge was handling a very high profile case against an influential politician during that time. According to the family, the judge during that time was rather stressed because according to them, he was being pressurised to decide the manner in a particular way. The family claims that it was a high functionary of the Bombay high court who was pressurising him and influencing the outcome of the case and also that he was offered a huge bribe. It was also said that he was asked whether he would like to have a flat or land in Mumbai.

This is what the family claims that the judge shared with them, particularly he told his father that he would not succumb to the pressure and perhaps would quit and come back to their native place and start farming. This is what the family claims. This occurred in 2014, and perhaps at that time if the son had made a request for an investigation then some sort of an investigation ought to have ordered.

Now, with these allegations, I feel it is very necessary that the chief justice of the high court or the Chief Justice of India (CJI) himself should look into this material and decide whether to order an enquiry, because if these allegations are not investigated, it causes serious stigma on the judiciary. As it is, in recent times there are several self-inflicted wounds on the judiciary and I feel that such matters should be investigated.

Now, how can one decide about the investigation or appointing a commission? That’s a matter to be decided by the chief justice of the high court or the CJI.

I made some enquiries and was told that he was a very honest and upright judge. He was a senior member of the district judiciary and not enquiring into the allegations made by the family, not addressing their grievances would send a very wrong signal to the judiciary, particularly the lower cadre. Recently, there have been several incidents which have dented the image of the judiciary. In all such cases where prima facie material is available to investigate, it is absolutely necessary to order an enquiry. It is also necessary for even the persons against whom the allegations are made because it’s necessary to clear their names also. I am making it very clear that I am not expressing any opinion on the allegations made by the family but they are serious enough to be investigated into. How the investigation is to be done, whether any commission should be set up for that, is to be decided by the judiciary. Judiciary, I feel, is the tallest institution if the country and people have tremendous faith in it, so any misgivings of the family of a member of a judiciary should be addressed. There should be some investigation into it.