According to the social media account purportedly belonging to Lekshmana Chandra Victoria Gowri and speeches available on YouTube, she is the general secretary of the BJP’s Mahila Wing. 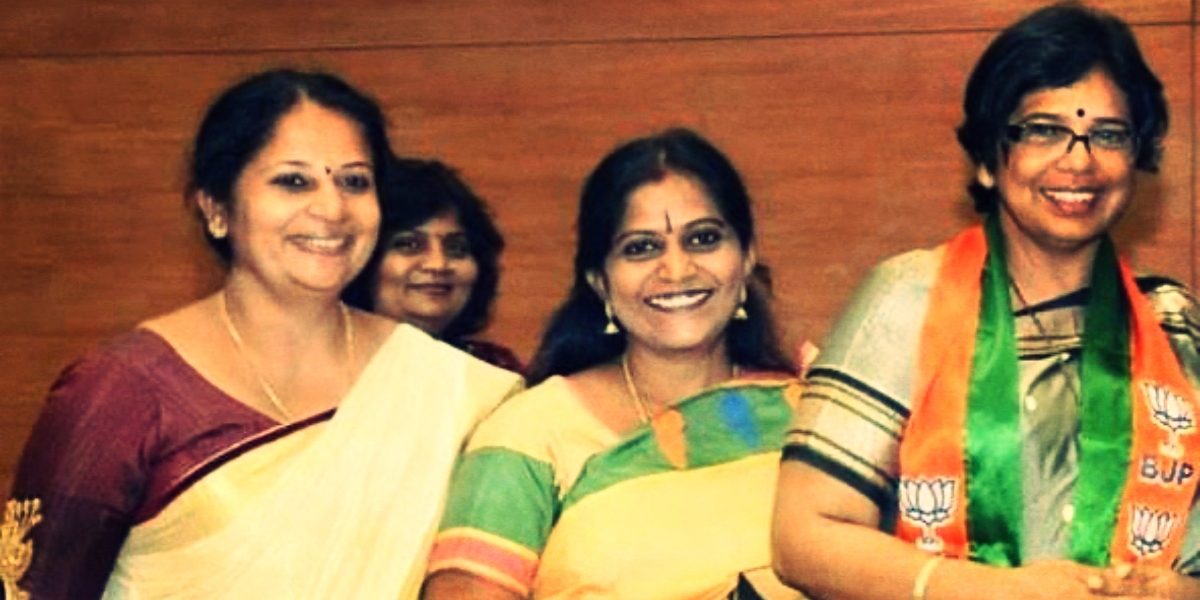 Mumbai: It is not uncommon to find Supreme Court or high court judges joining political parties after retirement. It is also not uncommon for family members of judges to be active political leaders. But it certainly is unusual to see a lawyer with clear political links getting the recommendation for appointment as a judge. On January 17, the Supreme Court collegium recommended five advocates to be elevated as judges of the Madras high court. One of them is Lekshmana Chandra Victoria Gowri.

Gowri, according to the social media account purportedly belonging to her and speeches available on YouTube, is the general secretary of the Bhartiya Janata Party (BJP)’s Mahila Wing. It is not clear if Gowri continues to be associated with the political party, but many have questioned the collegium’s decision to recommend her as a Madras high court judge. A poster that describes Victoria Gowri as the national chief secretary of the BJP Mahila Morcha.

Gowri, a 49-year-old lawyer from Nagercoil in southern Tamil Nadu district Kanyakumari, was one of the 17 advocates and three judicial officers proposed by the three-judge collegium headed by Chief Justice of India D.Y. Chandrachud, for appointment as judges of the Allahabad, Madras and Karnataka high courts in recently-passed resolutions. Gowri, who practised for over two decades at the Madurai bench of the Madras HC, joined the BJP a few years ago.

The apex court collegium also reiterated its February 16, 2022 recommendation to appoint advocate R. John Sathyan as a judge of the Madras High Court, despite objections raised by the Intelligence Bureau to his social media posts – including one in which he shared an article that was critical of Prime Minister Narendra Modi.

Sathyan is not the only lawyer against whom the Intelligence Bureau (IB) is reported to have given adverse inputs. The name of another lawyer, Abdul Hameed – who had in the past worked in the chambers of Nalini Chidambaram, wife of former Union minister and senior Congress leader P. Chidambaram – as a judge of the Madras HC has not been reiterated by the collegium, allegedly due to the IB’s report.

On a Twitter handle, purportedly belonging to Gowri, she claims to be a party member. “I just joined the BJP, you too can join the BJP and join hands to help create a New India!” reads a tweet from the handle made on August 31, 2019. But there are many videos of her from 2017, uploaded on “BJP TV”, where she is introduced as the BJP general secretary and praises Prime Minister Narendra Modi for his work.

Also Read: The Things We Learnt When the SC Collegium Finally Became ‘Transparent’

The Wire spoke to a few lawyers practising at the Madurai bench and they too confirmed Gowri’s political affiliation. One lawyer, who didn’t want to be identified, said that while the SC collegium’s decision might raise eyebrows, it is important to look at the role played by the Madras high court and the Tamil Nadu state government. “Her name did not reach the SC out of thin air. As the procedure goes, it was first recommended by the chief justice of the Madras high court, along with two senior-most judges. The state government too has to clear her name. To me, the pertinent question is how her name gets cleared at the state level itself.”

Another lawyer told The Wire that many in the bar associations of the Madurai bench are opposed to the collegium’s decision. “But no one would dare speak up against it,” the lawyer claimed.

There is no constitutional or legal prohibition on a person with political affiliations from being elevated as a judge or joining politics after retirement.

Meanwhile, Justice V.R. Krishna Iyer was a minister in the Left government in Kerala before his appointment as a judge, first of the Kerala high court and later the Supreme Court.

There are also many sitting judges who have close family members in active politics. In 2020, while hearing a petition in the alleged encounter killing of an alleged gangster Vikas Dubey, the Supreme Court had asked if it is an “illegal act” on a judge’s part to have a family member in politics.

Over the past few months, the Union government has lobbied for a greater role in appointing judges by consistently criticising the collegium system.

The Wire tried to reach Gowri multiple times but received no response. The story will be updated if/when she does.