The Congress slammed the decision and said the fight is between forces "rejecting democracy" and voices "rescuing democracy". 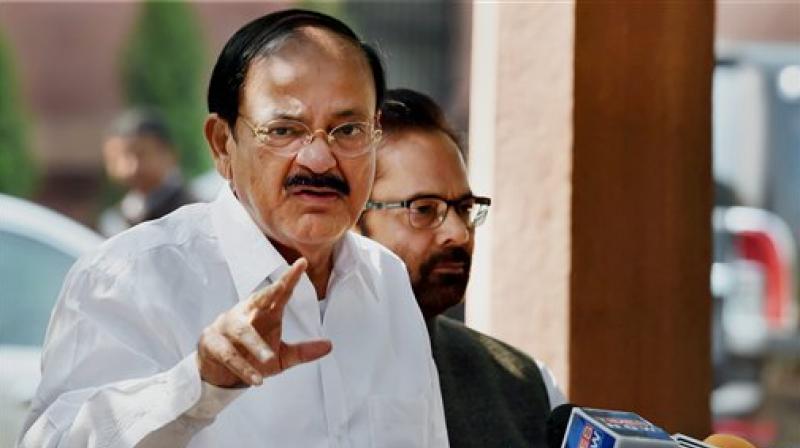 In his official order, Naidu has said that he had “carefully considered” whether he should admit the motion, and found that “The Hon’ble Members of Parliament who have submitted the motion are unsure of their own case”. Naidu continues:

“Going through the five allegations mentioned in the Notice, I am of the view that they are neither tenable nor admissible. The allegations emerging from the present case have a serious tendency of undermining the independence of judiciary which is a basic tenet of the Constitution. Considering the totality of facts, I am of the firm opinion that it is neither legal nor desirable to admit the Notice of Motion on any one of these grounds.”

…In the absence of credible and verifiable information placed before me which gives an indication of ‘misbehaviour’ or ‘incapacity’, it would be an inappropriate and irresponsible act to accept statements which have little empirical basis. As heirs to an illustrious democratic tradition and custodians of the present and future of democratic polity, we should, in my view, collectively strengthen and not erode the foundations of the grand edifice bequeathed to us by the Constitution makers. We cannot allow any of our pillars of governance to be weakened by any thought, word, or action.”

Naidu held “extensive consultations” with top legal and constitutional experts before taking the decision, sources said. The rejection of the notice reportedly comes a day after he held the consultations with such experts to determine the maintainability of the motion.

The sources said that vice president Naidu met several experts after he rescheduled his travel plans considering the seriousness of the matter.

Seven opposition parties led by the Congress had last week moved a notice before him for the impeachment of the Chief Justice of India on five grounds of “misbehaviour”. Congress leaders had earlier said that they will consider moving the Supreme Court if Naidu rejects their motion.

This is the first time ever that an impeachment notice has been filed against a sitting CJI. The move came one day after the Supreme Court bench headed by Justice Misra rejected calls for an independent inquiry into the death of Judge B.H. Loya, who was hearing the Sohrabuddin Sheikh encounter case.

The Congress slammed Naidu’s decision to reject the impeachment notice and said the fight is between forces “rejecting democracy” and voices “rescuing democracy”.

AICC media in charge Randeep Singh Surjewala said that within hours of 64 MPs submitting the impeachment notice, Arun Jaitley, the leader of Rajya Sabha, had expressed “naked prejudice” by calling it a revenge petition “virtually dictating the verdict” to the Rajya Sabha chairman on that day.

“Constitutional process of impeachment is set in motion with 50 MP’s giving the motion. RS chairman can’t adjudge the motion, for he has no mandate to decide the merits of the motion. This is truly a fight between forces rejecting democracy and voices rescuing democracy,” Surjewala said.

In a tweet, Congress spokesperson and lawyer Abhishek Manu Singhvi said Naidu “expectedly” rejected the impeachment motion against Chief Justice Misra and that too within a day of his return to Delhi.

Welcoming the decision, BJP spokesperson Meenakshi Lekhi said the vice-president, who is also the ex-officio chairman of the Rajya Sabha, applied his mind and gave a detailed order.

“I must express my gratefulness to the vice-president who has applied his mind and gave a detailed order. The second aspect is regarding the complaint itself. It is a major wrong. The language itself in which it has been drafted says it appears, prima facie it appears, it looks. Plus, there is a division on this within the Congress party only goes to show that some vested interests are propagating these kinds of harm to the institution in political interest because they seem to be out of power,” she said.

Note: This story has been updated with Congress and BJP reactions.