The Haridwar conclave was organised by militant Hindutva leader Yati Narsinghanand Giri, who is known for making inflammatory statements and getting away with it. 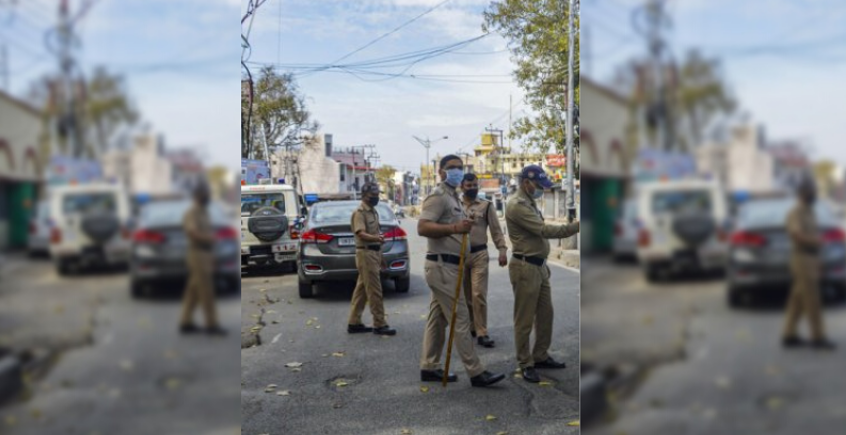 New Delhi: The Uttarakhand Police have registered a first information report (FIR) against Jitendra Narayan Singh Tyagi, formerly known as Waseem Rizvi, and others for allegedly giving a “provocative speech” against “a particular religion” at a Dharma Sansad in Haridwar on December 17-19, ANI reported.

Wasim Rizvi was former chairman of the Uttar Pradesh Central Shia Waqf Board, who reportedly converted to Hinduism.

The conclave was organised by militant Hindutva leader Yati Narsinghanand Giri (formerly Saraswati), who is known for making inflammatory statements and getting away with it. He is not named in the FIR.

In the video, which went viral, Narsinghanand is seen to be offering Rs 1 crore to Hindu youth for becoming like LTTE leader Prabhakaran as he called upon Hindu youth to become “Prabhakaran” and “Bhindranwale”.

“When we needed help, the Hindu community did not help us. But if any youth worker is prepared to become the Hindu Prabhakaran, then before anyone else, I will give him Rs 1 crore… if anyone takes on the responsibility to become the Prabhakaran of the Hindus, I will give Rs 1 crore, and if he continues for one year, I will raise at least Rs 100 crore to give,” he said at the conclave.

In a statement given to The Hindu, DGP Ashok Kumar said that the police had received a complaint and filed an FIR under Section 153A of the IPC (promoting enmity between different groups on grounds of religion) related to the statements made at the recent Dharam Sansad event in Haridwar.

News reports and tweets on the Haridwar event – along with a similar event in Delhi where right-wing attendees swore to “fight, die and kill if required,” to make a “Hindu nation” dream come true – were commented upon by international participants as well, including tennis legend Martina Navratilova, The Wire had reported.