The state government did not conduct any environmental survey before starting the beautification of the area, he said. 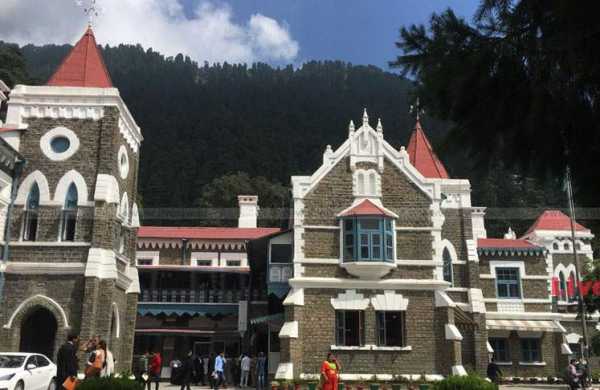 Nainital: The Uttarakhand high court on Tuesday banned all construction activities in the dry area around the Sukhatal lake, a rain-fed water body that recharges the Naini lake.

A division bench of Chief Justice Vipin Sanghi and Justice R.C. Khulbe imposed the ban while hearing suo motu a PIL against the beautification and rejuvenation work going on around Sukhatal.

The State Environment Impact Authority and the State Wetland Management Authority have also been made parties and notices have been issued to them in this regard.

During the hearing, amicus curiae (friend of the court) Kartikeya Hari Gupta told the court citing hydrological studies that the Sukhatal lake recharges the Naini lake up to 40% and 50%.

However, concrete is being laid at the base of the lake, which is a threat to both the lakes, Gupta said.

The state government did not conduct any environmental survey before starting the beautification of the area, he said.

IIT-Roorkee did conduct a study but the institute does not have the expertise to determine the environmental impact of the constructions around the lake, Gupta said.

Nainital resident G.P. Sah and others had written a letter to the chief justice of the high court, saying the ongoing beautification of the lake will lead to a closure of its natural water source.

Sukhatal recharges the Naini lake and construction activities are being carried out around the water body in an unscientific manner, they had contended.

The court has fixed December 20 for the next hearing in the case.