UP: After Report Says 135 People on Poll Duty Died Due to COVID-19, High Court Pulls Up SEC

"It appears that neither the police, nor the Election Commission did anything to save the people on election duty from getting infected by this deadly virus," the court observed. 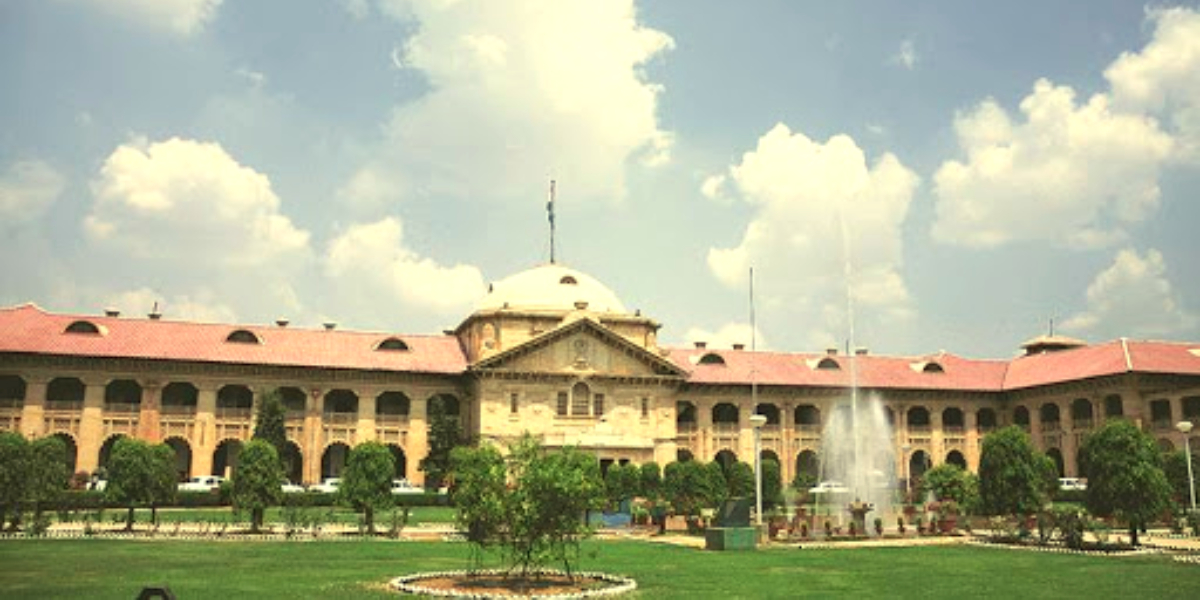 New Delhi: Taking note of reports about the deaths due to COVID-19 of over 130 government employees who were posted for poll duty during panchayat polls in Uttar Pradesh, the Allahabad high court on Tuesday asked the State Election Commission why action may not be taken against it and its officials.

A two-judge bench comprising Justice Siddhartha Varma and Justice Ajit Kumar passed the order on a suo moto public interest litigation (PIL) on the spread of the coronavirus and the condition of quarantine centres in the state.

The court said it had verified a news item published in the newspaper Amar Ujala “wherein it has been reported that 135 teachers, shiksha mitras and investigators, who were assigned election duty, have died.” The court said it proceeded to take judicial notice of this report.

“It is reported that people have levelled allegations that during the recent phases of the panchayat elections, none of the COVID-19 guidelines have been followed. It appears that neither the police, nor the Election Commission did anything to save the people on election duty from getting infected by this deadly virus,” the court observed, according to news agency PTI.

The court issued notices to the UP State Election Commission, according to LiveLaw, asking it to explain by the next date of hearing [May 3] “as to why it failed in checking non compliance of COVID guidelines” during various phases of the panchayat elections and why action may not be taken against it and its officials for the same.

Also Read: Youth Sought Oxygen for Grandfather via Tweet, UP Police File Criminal Case Against Him

The court said the State Election Commission should immediately take measures to ensure that in the forthcoming phases of panchayat elections in the state, the COVID-19 guidelines regarding social distancing and face masks is “religiously complied with”. The court warned that if this is not ensured, officials involved in the election process are liable to face action.

The court also came down harshly on the government, saying it will not tolerate any paperwork or public announcements to show account of the steps taken and their sufficiency. It is now an “open secret” that the government became complacent due to the number of COVID-19 cases falling by the end of 2020, the high court said. It said the government got more involved in other activities, including the panchayat elections.

The Yogi Adityanath government has recently taken extreme steps to ensure that people do not take to social media beds to seek help for ailing relatives. After the chief minister declared that there is no shortage of oxygen or COVID-19 beds in the state – one that contradicted the ground reality – he asked police to slap the draconian National Security Act (NSA) against people spreading “rumours”. On Tuesday, a case was registered against a man who took to Twitter to make an appeal for an oxygen cylinder.

In Tuesday’s order, the Allahabad high court also proposed some immediate steps that could ease the situation, asking the government to implement them in the cities of Lucknow, Allahabad, Varanasi, Agra, Kanpur Nagar, Gorakhpur and Jhansi.

“Major government hospitals of the above cities should have a health bulletin system twice a day apprising people of health updates of patients to help attendants avoid visiting hospitals. The hospitals may use large screens to give details of patients and their saturation levels,” it directed.

“The government is also directed to declare on the district portal of the above cities the position of occupied and vacant beds in COVID wards and ICUs of all government hospitals and COVID assigned private hospitals,” the court said.

The government is also directed to spread awareness about its district COVID portals and sites in newspapers and also through public announcement systems, it said.

The court said that a negative antigen report should not be a ground to shift patients out of the hospital as they could still infect others. They need to be shifted to non-COVID-19 wards for at least a week and for this the government needs to gear up to set up makeshift wards on hospital campuses.

It directed the government must ensure that every death in COVID-19 hospitals, assigned private hospitals and other COVID-19 centres in every district is reported to a judicial officer, who is to be appointed by the district judge at the end of the day.

The government shall also ensure the correctness of the data forwarded to the officer concerned each day, the bench said.

“We request the district judges of Lucknow, Allahabad, Varanasi, Kanpur Nagar, Agra, Gorakhpur, Ghaziabad, Gautam Budh Nagar, Jhansi to nominate a judicial officer, civil judge (senior division) or above. The nominated officers shall work as nodal officers in their districts and report to the registrar general every weekend.

“The said report shall be placed before us on the next date of hearing which is fixed as May 3,” the court said.