By not awarding the death sentence to the convict in the case, the trial court firmly resisted pressures from civil society. 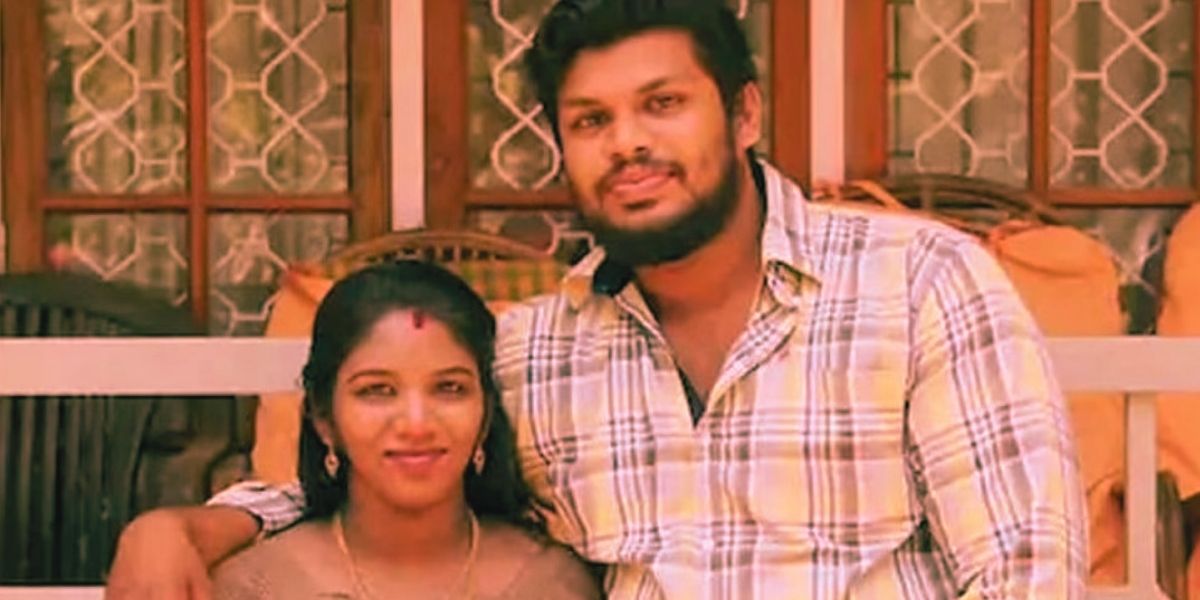 Sentencing a convict found guilty of heinous offences by a judge is not easy, especially if the judge has to use her discretion. Her problems – in the absence of an acceptable framework or guidelines – may limit her discretion if she is confronted with a cry for revenge against the convict from civil society, fuelled by the media’s campaign for ‘justice’ for the victim, and the collective disgust against the diabolical nature of the crime.

Scholar Mrinal Satish argues in his book Discretion, Discrimination and the Rule of Law: Reforming Rape Sentencing in India (Cambridge University Press, 2017) that present sentencing practices in Indian courts often constitute an inappropriate exercise of discretion – that is, an abuse of discretion.  Satish suggests that courts have failed to employ proper reasoning, based on legal principles, in making sentencing decisions. He further argues that by virtue of not providing guidelines for the exercise of discretion, the existing sentencing framework under the Indian Penal Code falls foul of the due process protections guaranteed by Article 21 of the constitution, besides violating Article 14 of the constitution. Mrinal Satish recommends a full-time sentencing commission with the responsibility of drafting sentencing guidelines as a remedy.

While his recommendation makes sense, lack of agreement on what constitutes “collective conscience of society” to determine the rarest of rare (ROR) crime that invites imposition of death sentence continues to mark death penalty jurisprudence in India.

In State of Kerala vs Suraj S. Kumar (known as the Uthra murder case), the trial court on Wednesday sentenced Suraj to life imprisonment and imposed a fine of Rs 5 lakh for the murder of his 25-year-old disabled wife, Uthra. Suraj was found guilty of throwing a starving cobra onto the sleeping wife to induce death by snakebite.

The special public prosecutor (SPP) argued that when the uxoricide was committed in a manner of unparalleled cunning and in an extremely dastardly and ghastly manner, normal punishment of life imprisonment is not sufficient. For the first time in the history of Kerala, the modus operandi of using a live cobra as a weapon for murder was adopted, for inflicting deadly envenomation on a hapless victim who was bedridden. Even as the victim was convalescing after the first murder attempt failed, the accused was planning to inflict a cobra bite to kill her. The SPP argued that the murder was committed in a diabolic, brutal, grotesque and abhorrent manner which has shocked “the collective conscience of the society”.

The additional sessions judge M. Manoj agreed with the prosecution that the accused committed uxoricide in a diabolic, ghastly and dastardly manner by adopting a method of unparalleled wickedness.  He prepared and planned for the murder even while Uthra was convalescing after the viper bite from the first attempt to kill her. On both occasions of the attempt to murder and the murder, the unsuspecting victim and the accused were alone in the room. The accused had purchased and kept the venomous snakes in his possession and was seeking the right opportunity to murder the hapless victim, while she was unsuspectingly thinking that the accused, her husband, was loving her. The accused was even able to take his in-laws into confidence after the first attempt of murder was unsuccessful. He sedated the unsuspecting victim on both occasions by giving drugs mixed in liquids which he gave her to drink. The victim unsuspectingly drank the same, mistaking it for the love of the accused, but in fact the accused gave her a poisoned chalice. In the said circumstance, the judge concluded that the commission of murder was definitely diabolic, cruel, heinous and dastardly.

The judge recalled that the doctrine of rarest of rare case confines two aspects and when both the aspects are satisfied, only then can the death penalty be imposed. Firstly, the case must clearly fall within the ambit of “rarest of rare” and secondly, when the alternative option of awarding imprisonment for life is foreclosed. The selection of death punishment as the penalty is the last resort when the alternative punishment of life imprisonment will be futile and serves no purpose.

The judge then relied on the decision of the Supreme Court in Md Mannan @ Abdul Mannan vs State of Bihar (2019) regarding the criteria to decide the rarest of the rare category. In this case, the Supreme Court held that in deciding whether a case falls within the category of the rarest of rare, it is not just the crime which the court is to take into consideration, but also the criminal, the state of his mind, his socio-economic background, etc. The court also held that awarding the death sentence is an exception and life imprisonment is the rule.

In paragraph 75 of Md Mannan, the court held that before imposing the extreme penalty of death sentence, the sentencing court would have to satisfy itself that death sentence is imperative, as otherwise the convict would be a threat to society, and that there is no possibility of reform or rehabilitation of the convict, after giving the convict an effective, meaningful, real opportunity of hearing on the question of sentence, by producing materials.

The judge in the Uthra murder case then considered the mitigating circumstances in favour of the accused. The accused is aged 28 years and the prosecution does not have a case that before pursuing his diabolic plan to commit uxoricide, he had criminal antecedents and was involved in offences of grave nature of moral turpitude in the past.

The judge concluded that in the absence of any criminal antecedents, the young age of the accused would be a mitigating circumstance. The judge wrote:

“Without a person having criminal antecedents, it cannot be held that, if death sentence is not awarded, he would be a threat to the society. In the said circumstances the chances of reformation of the accused cannot be said to be foreclosed and the case does not fall in the category of rarest of the rare so as to award death sentence…. it is held that death sentence need not be imposed and a sentence of imprisonment for life would serve the interest of justice.”

The ASJ implicitly rejected the SPP’s plea to impose the death penalty because the case has shocked the “collective conscience of the society”. The theory of collective conscience of the society assumes that sentence must demonstrate the law’s obligation to the society which has reposed faith in the justice delivery system in curtailing the evil. On the other hand, the Supreme Court has held in one case that the court must not be an oracle of the public opinion and recognise limits to judicial power. They must ensure that individual rights guaranteed by the constitution are at a higher pedestal than public opinion.

In a recent case (Arvind Singh vs The State of Maharashtra), however, a three-judge bench of the Supreme Court comprising Justices U.U. Lalit, Indu Malhotra and Hemant Gupta (judgment authored by Justice Hemant Gupta), while commuting the death sentence awarded by the lower courts to life imprisonment for the accused, observed thus:

“What is required to be examined is whether there is a possibility of rehabilitation and whether it is the rarest of rare case where the collective conscience of the community is so shocked that it will expect the holders of judicial power to inflict death penalty irrespective of their personal opinion as regards desirability or otherwise of retaining death penalty.”

The prase “collective conscience of the community is so shocked” is borrowed from the Supreme Court’s judgment in Machhi Singh wherein it was observed that the community may entertain such a sentiment when the crime is viewed from the platform of the motive for, or the manner of commission of the crime, or the anti-social or abhorrent nature of the crime.

The bench in Arvind Singh applied the concept of special sentencing, upheld by the court in previous cases, and directed that the life imprisonment of the accused should be till the end of his life, and there should be no remission of sentence before he completes 25 years of imprisonment.

In Ravi Ashok Ghumare vs State of Maharashtra, decided on October 3, 2019, the Supreme Court bench of justices R. Subhash Reddy and Surya Kant delivered a split verdict. While Justice Surya Kant confirmed the death sentence of the accused, Justice Subhash Reddy commuted it to life imprisonment, i.e., to suffer for life till his natural death, without any remission/commutation. While Justice Surya Kant relied on the theory of collective conscience, Justice Subhash Reddy emphasised the absence of previous criminal record of the appellant, and the fact that in a similar set of facts, the court had modified the death sentence to life imprisonment in previous cases.

Justice Subhash Reddy, however, had confirmed the death sentence of the accused in a kidnapping case by relying on the theory of collective conscience of the society in Ishwari Lal Yadav and State of Chhattisgarh, delivered on the same day.

In Manoharan vs State, a three-judge bench gave a split verdict. Two Judges, Justices Rohinton Fali Nariman and Surya Kant relied on the theory of collective conscience, to confirm the death sentence of the accused, while Justice Sanjiv Khanna opted to impose sentence till his natural death, without remission.

It appears as though the theory of collective conscience being shocked by the gravity of the crime as the aggravating factor for confirming death sentence continues to sway the Supreme Court judges, even though a rethinking among the trial court judges is discernible, as evident from the Uthra murder case.