In UP Government Affidavit on Siddique 'Terror' Arrest, No Evidence of Any Illegal Act

The Malayalam journalist Kappan was on his way to Hathras to report on the rape-and-murder incident when he was arrested on October 5. He has been in jail since then. 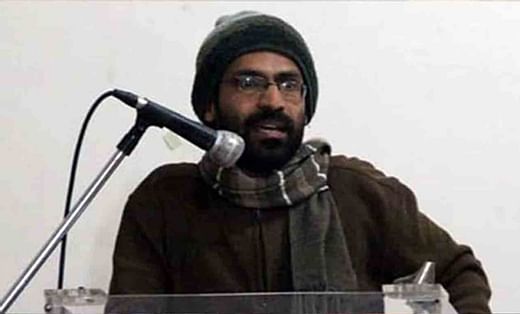 New Delhi: In its affidavit submitted to the Supreme Court, the Uttar Pradesh government has made a number of claims about Malayalam journalist Siddique Kappan in order to justify his arrest but has failed to provide any evidence of any wrongdoing or illegal act by him, let alone any offence that would attract the Unlawful Activities (Prevention) Act that he has been charged with.

The affidavit accuses his of  travelling under “cover” as a journalist to Hathras, when he was detained on October 5 along with three others, and that he held an official post with the Popular Front of India (PFI).

The PFI is a legal organisation that has not been banned under the UAPA. Elsewhere in the affidavit the state government says “evidence of the accused having links with banned organisations has emerged” but does not name the organisations or the nature of Siddique’s alleged “links” to them.

The FIRs appended to the annex lists as “incriminating material” recovered from him a pamphlet with the words, ‘Am I Not India’s Daughter’, which was the phrase around which protests in support of justice for the Hathras gang rape-and-murder victim were held across India on October 5. But there was nothing illegal about the protest or the pamphlet which was circulated for it.

Siddique has also been accused of creating a website justiceforhathrasvictim.carrd.co, which, appears to be a site assembled hastily by cutting-and-pasting content from Black Lives Matter protest sites in the US. The Hathras site has been taken down by whoever created it but there is no evidence on record to suggest the site was advocating violence or any illegal acts.

Kappan and three others have been charged with the Unlawful Activities (Prevention) Act and various sections of the Indian Penal Code (IPC), including one relating to the charge of sedition.

The Kerala Union of Working Journalists (KUWJ), of which Kappan is a Delhi unit secretary, had filed a habeas corpus petition alleging that the journalist had been denied legal and family access.

The affidavit, which includes submissions of Uttar Pradesh police in official records, have been submitted by senior superintendent of jail, District Jail Mathura, Uttar Pradesh, after a bench headed by Chief Justice of India S.A. Bobde sought responses from the Centre and Uttar Pradesh government last Monday, according to a report of the Indian Express.

These submissions had already been listed in the first information report (FIR) filed after the four were arrested in Mathura.

While several BJP-led governments had sought a ban on PFI, the Centre has not proscribed the organisation, which describes itself as a socio-political movement.

In any event, speaking to The Telegraph, Kappan’s wife, Raihanath Kappan, has asserted that her husband never had any links with PFI.

“I have been saying from the beginning that he has absolutely no links with the PFI or any such organisation. He is just a journalist trying hard to take care of his family,” she added.

She has also questioned the logic of associating her husband with the organisation even though it has not been banned.

“But the point that I want to make is regarding the rationale of arresting a man and accusing him of being a member of the PFI. For argument’s sake, let’s say he is from the PFI. First, it is not a banned organisation. Second, will they go and arrest journalists who have links with the RSS or the BJP? I’m sure the logic that applies to my husband will not apply to journalists who are part of the RSS, BJP and such other organisations,” she added.

The affidavit filed by the Uttar Pradesh government has stated that Kappan, who “is the office secretary of the Popular Front of India (PFI)”, has been using a “journalist cover” and an identity card of a Kerala-based newspaper Tejas which was shut in 2018.

“It is revealed during investigation that he along with other PFI activists and their student wing (Campus Front of India) leaders were going to Hathras under the garb of journalism with a very determined design to create a caste divide and disturb the law-and-order situation (and) were found carrying incriminating material,” it stated.

According to K N Ashok, editor of azhimukham.com, Siddique is associated as a contributor with the news portal since January this year. The portal has also submitted an affidavit to the court to prove his credentials as a journalist who wrote for them, according to The Telegraph.