The alleged “medical registration slip” under the name of Shubham Trivedi shows that he was admitted to the local Primary Health Centre (PHC) on December 10 last year and discharged five days later. 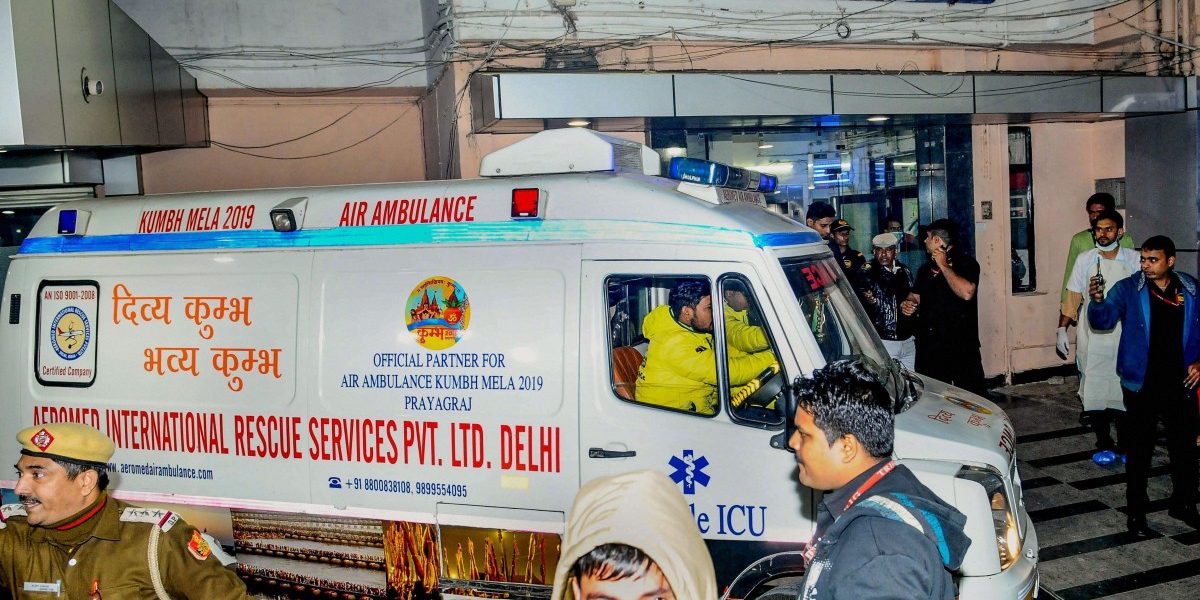 New Delhi: An accused in the rape of the 23-year-old in Unnao who died on December 7 after she was set ablaze by five men, had allegedly filed a document in court a month ago claiming that he had been admitted at a local hospital on the day of the alleged rape, according to an Indian Express report.

The alleged “medical registration slip” under the name of Shubham Trivedi shows that he was admitted for “hydrocelectomy” to the local Primary Health Centre (PHC) on December 10 last year and discharged five days later. The rape survivor said she had been gang-raped on December 12 last year by Shubham and his friend Shivam.

However, officials at the Sumerpur PHC told the Indian Express that Shubham’s “medical registration slip” was fake and that he had not been admitted to the hospital on those dates.

The Medical Officer (Ayush) in charge of the PHC told the newspaper that after checking their records, he “can confidently say that there was no patient by the name of Shubham Trivedi in the In-Patient Department (IPD) on the mentioned dates”. The medical officer also said that the medical slip in question was an OPD slip where no patient is ever admitted.

Medical officer Jitendra Yadav said that the medical slip, which was clearly an OPD slip, didn’t mention the name of the doctor.

“Also, the signature with the PHC stamp is neither of MO (Medical Officer) Dr Rahul Verma or MO 2nd Dr Sagar Singh, who were posted here in December last year. Another important thing is that the serial number mentioned on the slip is 28290 — there is no way that many patients can be admitted in a PHC in one year,” Yadav said.

Hari Shankar, the father of the accused Shubham, who is among the five under arrest for setting the woman on fire, had presented the “registration slip” to the high court, seeking the removal of Shubham’s name from the FIR.

Yadav also said that he had been informed of the document “through media reports” and that no police officers had gotten in touch with the PHC to verify it.

“If someone asks us, we will reply with facts, but no one has got in touch with us so far though the slip is claimed to be around a year old. When we got to know about such a slip, mentioning that the family of the rape accused has claimed that he was admitted at this PHC, we checked the records and it took us no time to find that the document is not genuine,” Yadav told the Indian Express.

The investigating officer in the gangrape case, Rajesh Singh, said that he was aware of the “medical slip” but had not initiated any investigation into it as the document never came to him. Singh said that after the father of the accused submitted the medical slip along with a writ petition to the high court a month ago, it was cancelled by the court. File photo of a protest against rape. Photo: PTI

“When the case was transferred to me, I asked the father to provide me proof, like an admit card, to support his claim, but they failed to provide that,” Rajesh Singh told the Indian Express.

“Later, they filed a writ in the high court and presented this medical slip as proof. When the High Court asked me about this, I told the court about the affidavit they had submitted earlier (claiming Shubham was in Lucknow) and said that it was contradictory to this document (the “medical slip”). When asked by the court on the fake affidavit, their lawyer claimed he had been misguided by his client. The court dismissed their writ petition,” said the investigating officer.

Singh also said that the police could not interfere since the medical slip was with the high court and not the police. He said that a chargesheet against Shivam and Shubham, the two accused in the gangrape case, had been filed in the court on Monday.

Uttar Pradesh police chief O.P. Singh said that the dying declaration of the Unnao rape victim was “strong evidence” and would be used against her killers.

“Dying declaration is very strong evidence, and certainly, it will be used. Before dying, the girl deposed before a sub-divisional magistrate that these five persons attacked her,” DGP Singh told PTI.

“We will be chargesheeting them within a few days. We want to fast-track the entire case,” said the police chief. “We are also exploring the possibility of going for the DNA test of the accused,” he said.

Explaining the rationale behind a DNA test of the accused, the police chief said the victim also had a mobile phone and a purse, which have already been sent for the forensic test to ascertain if those items came in contact with the accused and carry their fingerprints or traces of their sweat or hair etc from which the DNA sample of the accused could possibly be lifted.

“We would then match the DNA samples of the accused to those found on the victim’s items,” said Singh. “We also have several strong pieces of circumstantial evidence in the case,” said the DGP.