Noting that the probe has been underway for three months, the bench said that if police did not find anything incriminating, it must accept it and make a statement to the effect. 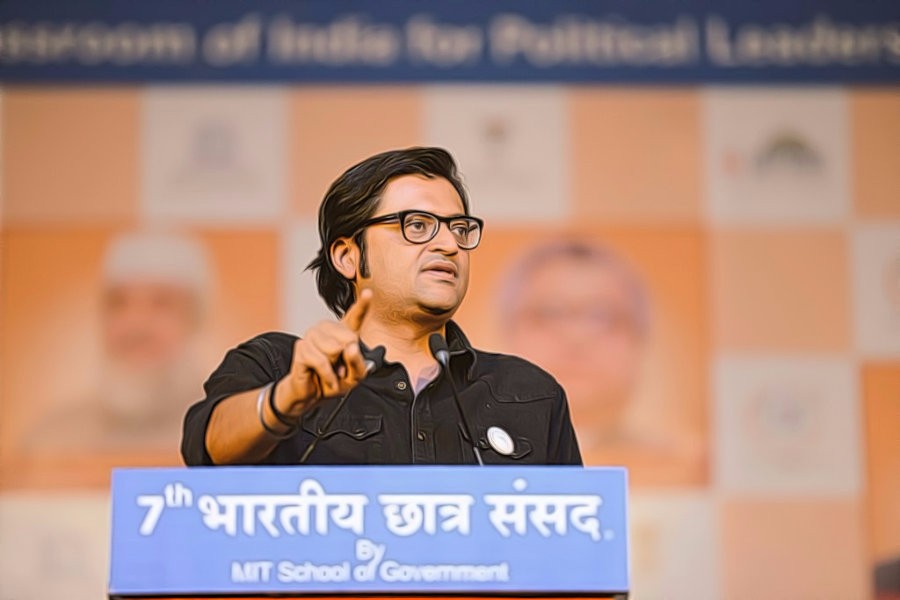 Mumbai: The Bombay high court on Thursday said that even after three months’ probe Mumbai Police did not seem to have anything “on record” to make Republic TV editor-in-chief Arnab Goswami and other employees of ARG Outlier Media accused in the TRP scam case.

A bench of Justices S.S. Shinde and Manish Pitale also asked the Maharashtra government when the probe will be over.

The government must be reasonable, and if police did not find anything incriminating against Goswami and others, it must accept it and make a statement to the effect, the court said. “The investigation is going on for the last three months. We don’t see anything that has surfaced on record to arraign the petitioners as accused,” the bench said.

The observations came after chief public prosecutor Deepak Thakare informed that the police was still collecting evidence in the case and wanted to continue the investigation against ARG Outlier Media, the company that runs Republic TV channels, and Goswami.

Also read: Why Are Republic and Arnab Not Named as Accused in TRP Case, Asks Bombay HC

The court, however, said a probe cannot go on “forever”. “ED [Enforcement Directorate], CBI [Central Bureau of Investigation], state police, all should act with reasonableness, objective assessment… They should not appear to be another form of trouble,” it said.

The high court was hearing final arguments on pleas filed by Goswami and ARG Outlier Media seeking several reliefs in the TRP scam case. Petitioners’ lawyer, senior advocate Ashok Mundargi, told the HC that the Mumbai police’s crime branch was dragging out the probe without naming Goswami and other employees of ARG as accused but merely naming them as suspects in the charge-sheet.

At this the bench said the state must make clear how long was the police likely to take to complete its probe. “At which point will your officer say that there is reason to believe that there is reason to arrest [Goswami and other employees]?” the bench asked. “You cannot have it both ways. You cannot not make them accused and then say you have evidence. If you have evidence make them accused so that they know what kind of relief can be granted against them,” it said.

The HC, at the same time, also clarified that it had not formed any opinion about the case. “Don’t misunderstand. We have not formed our opinion at all,” it said.

Among other things, ARG Outlier Media and Goswami have sought protection from coercive action such as arrest, and quashing of the FIR against them. They have also demanded transfer of the probe to the CBI or any other “independent agency”.

The court is currently hearing arguments on whether the FIR can be quashed when the probe is ongoing, and petitioners are yet to be named as accused. The hearing will continue on Monday.

Earlier, the police had denied petitioners’ allegation that the probe was a political vendetta against Republic TV for its political coverage. There was evidence to show that Goswami had connived with senior officials of the Broadcast Audience Research Council to rig the TRP of Republic TV, police alleged.

Republic TV has denied any wrongdoing.