To Solve Violence Against Women, We Need More Than Just Criminal Law Reforms

Responses to violence against women set in the domain of criminal law often prove inadequate or introduce new problems. We must step away from criminal law and towards gender sensitisation and sexuality education to tackle the problem at its roots.

The 2012 Nirbhaya gang rape saw unprecedented public mobilisation on the issue of violence against women (VAW) in India. Soon after, the Union government enacted the Criminal Law Amendment Act, 2013, which expanded the definition of rape and introduced mandatory minimum punishments. Subsequent incidents of rape that received a lot of publicity have only led to greater punitiveness in the law.

Yet as we approach the tenth anniversary of the Nirbhaya incident next year, we must confront the truth that this push towards criminalisation, without other necessary steps, has achieved little. In fact, legal scholar Preeti Dash has shown how introducing mandatory minimums and expanding the definition of rape may have, in fact, resulted in decreased convictions under the new law.

India is not unique in prioritising carceral approaches to respond to VAW. In 2020, in response to protests against rising instances of sexual assault, the Bangladesh government approved the death penalty for rape. The recent rape and killing of a woman by a British police officer led to demands for recognising misogyny as a hate crime in the UK. The United States has had a long history of criminal law-heavy measures to respond to violence against women. Yet, carceral approaches have come under increasing criticism by feminist scholars the world over.

Studies in the West have shown that severer punishment – or even the death penalty – do not necessarily result in unique or effective deterrence. Criminal law, admittedly, has an expressive function as criminalising an action expresses the highest level of societal disapproval. However, conclusive data on how such expressive function translates to less violence against women is often hard to come by.

Moreover, substantive criminal law reform often ignores the needs of survivors and de-centres them from the process. It also ignores more structural issues with the criminal justice system which make it harder for survivors to access it. Initiatives like the Nirbhaya fund, meant to fund programs for the prevention of VAW, remain underutilised. The problems of pendency and delays remain endemic in the Indian criminal justice system.

Finally, while focusing on prosecutions and higher punishments, it is also important to consider who ultimately gets punished. Feminists of colour writing in the American context have shown how tough-on-crime policies often disproportionately target black men. In India, too, studies on the death penalty and drug consumption crimes have shown how the marginalised often get disproportionally punished.  Considering factors like caste, class and other marginalised social locations, there is no reason to believe that this may not be the case in prosecutions for VAW in India. 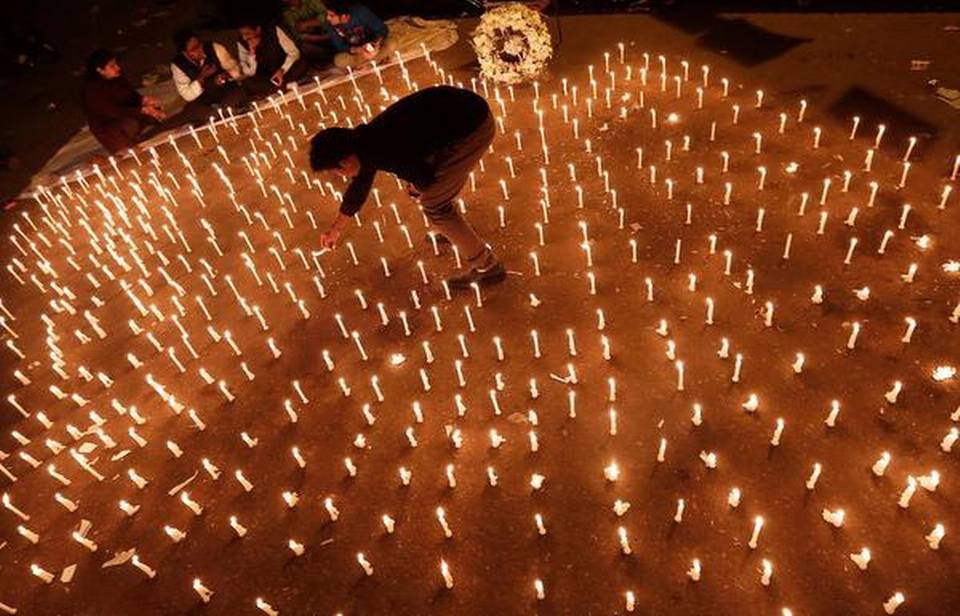 A 2013 candlelight vigil held in remembrance of the victim of the Nirbhaya rape case of 2012. Photo: Reuters.

Taking a break from criminal law

Criminal law responses to VAW thus remain inadequate and may often have the unintended consequence of creating newer problems. This makes for a strong case for taking a break from criminal law. However, such a break does not mean that we should not hold the state accountable for not doing more to address VAW. It simply means that we should emphasise a shift in focus. I suggest three ways in which we can do so.

First, we must acknowledge that violence against women is often not the result of individual deviance or aberrant behaviour, but is symptomatic of how power operates among (and within) genders. All government policy that addresses VAW must proceed on this premise. It is, indeed, not easy to see how this understanding translates to concrete policies, but research has shown how this can be done. For instance, governments should ensure that laws and policies should not promote gender stereotypes. This includes sensitising government functionaries, including judges and law enforcement, about gender equality.

Second, the crisis of masculinity, which often leads to violence against women, must be addressed. This includes acknowledging how notions of masculinity lead to violence and positively engaging men and boys in VAW-prevention programming and addressing the various risk factors associated with high rates of sexual crimes. Such risk factors can include addressing vulnerabilities (including socio-economic) that are associated with violence.

A year away from the tenth anniversary of the gruesome Nirbhaya incident is an opportune moment to recognise the limits of criminal law and course-correct by going back to the basics. Only long-lasting change will truly honour the legacy of the public mobilisation post-Nirbhaya.