The Judiciary Can Stop the Misuse of Article 356, If It Chooses to Act

India’s quasi-federal constitution appears to be operating in a unitary manner with an extreme bias towards the Centre. 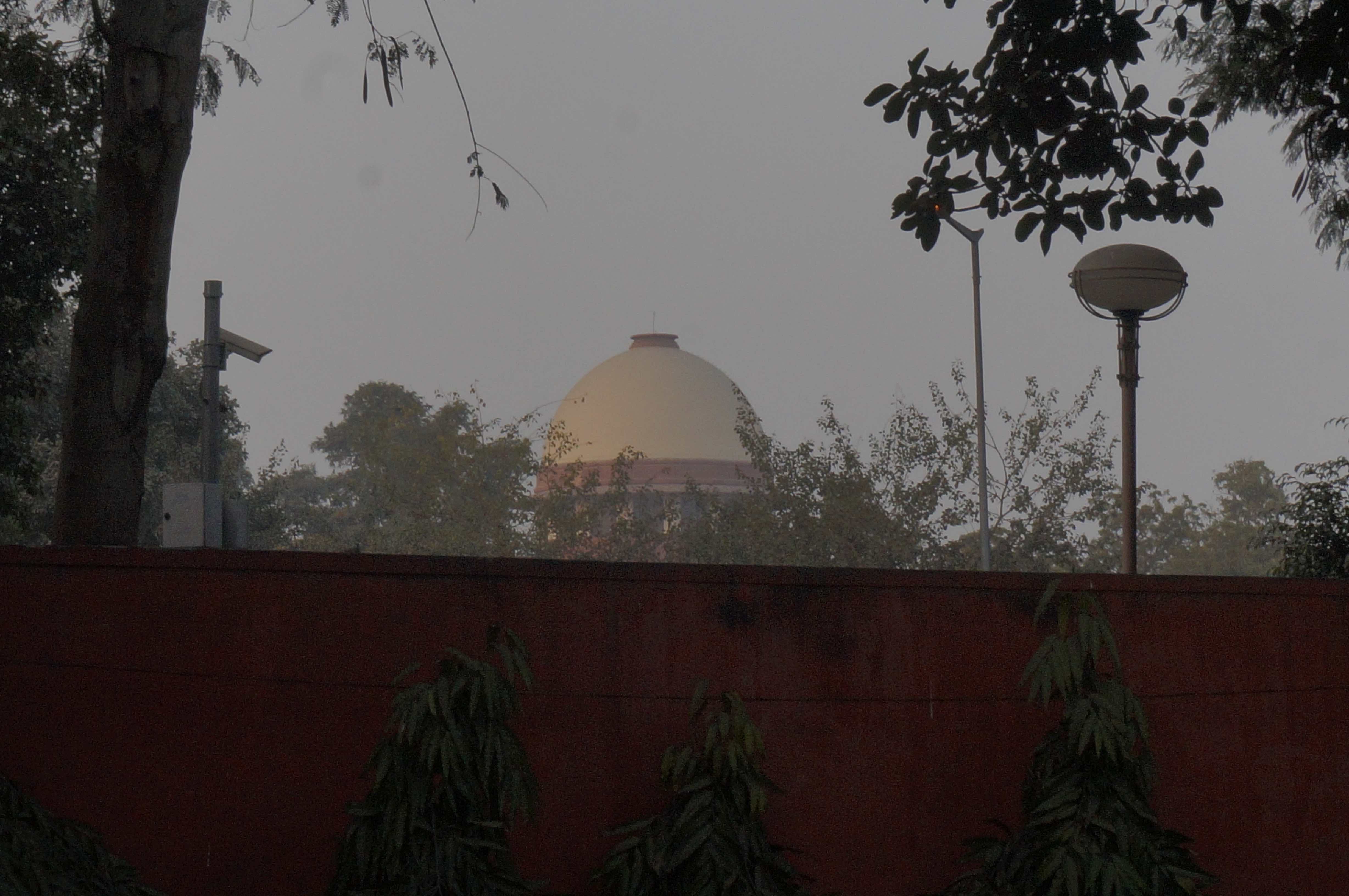 Bringing down a state government in today’s India is not the simple job of making a ruling party lose its majority on the floor of the house. The steps have to be carefully orchestrated and often demand acquiescence from, if not the willing concurrence of, various constitutional functionaries.

The speaker of the house, who conducts the legislature and has the power to disqualify members of the assembly, is probably the most important player. If his tribunal disqualifies an MLA for defection, or even suspends his membership, the orders can only be set aside by a high court or the Supreme Court.

It also helps to have the ruling party at the Centre, and the governor of the state on your side. The governor’s discretion plays a huge role when he calls upon an incumbent chief minister to prove his majority on the floor of the house. Granting a few extra days to a beleaguered chief minister, or denying them that, can often make the difference between a motion of no confidence being won or lost. The governor is also charged with ensuring that there is no breakdown of the constitutional machinery in the state. If at any point he arrives at such a determination and reports it to the Centre, the Centre can intervene, impose President’s rule and dismiss the elected government.

This year we saw this scenario play out twice – first in Arunachal Pradesh and then in Uttarakhand. To this end, Congress dissidents were encouraged to revolt against sitting chief ministers and to attempt to bring down entrenched governments to minorities within the legislative assemblies. Even if dissident MLAs numbered less than two-thirds of the strength of the party in the legislature, they were being insured against the possibility of disqualification. Defecting  MLAs were being supported in court challenges against disqualification, but their biggest insurance was that the central government was on their side.

BJP leader Kailash Vijayvargiya already foresees similar situations in Manipur and Himachal Pradesh. Some others talk of extending this to Karnataka as well. The vision of a Congress-mukt Bharat, with the party being thrown out of  power at the Centre and all states, is a consummation that the BJP seems to  devoutly wish for and work towards. The Congress is playing a desperate holding action. No state government is being given up without a fight in the courts and the media. The Congress probably calculates that keeping the BJP occupied in a big fight in the smaller states is better than taking it on in battle in the bigger and more crucial states. The only conclusion that an observer can draw is that India’s quasi-federal Constitution is being operated in a unitary manner with an extreme bias towards the Centre.

But this was not the intention of the founding fathers. On August 4, 1949, towards the end of the debate on the Centre’s  power to impose President’s rule in the states, B. R. Ambedkar reassured the Constituent Assembly:

“In regard to the general debate which has taken place in which it has been suggested that these articles are liable to be abused, I may say that I do not altogether deny that there is a possibility of these articles being abused or employed for political purposes. But that objection applies to every part of the Constitution which gives power to the Centre to override the Provinces. In fact I share the sentiments expressed by my honourable Friend Mr. Gupte yesterday that the proper thing we ought to expect is that such articles will never be called into operation and that they would remain a dead letter. If at all they are brought into operation, I hope the President, who is endowed with these powers, will take proper precautions before actually suspending the administration of the provinces. I hope the first thing he will do would be to issue a mere warning to a province that has erred, that things were not happening, in the way in which they were intended to happen in the Constitution. If that warning fails, the second thing for him to do will be to order an election allowing the people of the province to settle matters by themselves. It is only when these two remedies fail that he would resort to this article. It is only in those circumstances he would resort to this article. I do not think we could then say that these articles were imported in vain or that the President had acted wantonly.”

Despite Ambedkar’s remonstrations, it became clear to independent India that it was not a true federation of independent states that had voluntarily acceded into a union. The central government’s power to override the states, far from being a dead letter, became a heavy hand, casting a long shadow on centre-state relations.

In March 1953, the country’s first non-Congress government, headed by Gian Singh Rarewala in the Patiala and East Punjab States Union (PEPSU) was  dismissed, leading to a Congress victory in the elections that followed. In 1957, Kerala saw the world’s first elected communist government coming into power. A series of progressive measures, opposed by the Catholic Church in Kerala, as well as American pressure engineered by the CIA, made the work of the government difficult. In 1959, the then Congress President Indira Gandhi, convinced Prime Minister Jawaharlal Nehru that E.M.S. Namboodripad’s government deserved to be dismissed and President’s rule should be imposed.

After the Emergency ended in 1977, the first non-Congress government at the Centre, headed by the Janata Party, dismissed state governments headed by Congress chief ministers and dissolved the assemblies on the ground that they had lost the people’s mandate. The matter was carried to the Supreme Court in the State of Rajasthan v. Union of India. A seven-judge bench dismissed the petition on several preliminary grounds, including its refusal to get into the thicket of political questions. Some judges even held that presidential satisfaction in invoking Article 356 of the Constitution was not justiciable. Gandhi’s return to the Centre in 1980 saw her return the favour by dismissing Janata Party state governments. This action went unchallenged in the courts in the wake of the Rajasthan judgment.

The invocation of President’s rule to facilitate or to recover from  political horse-trading continued through the 1980s. Notable examples include  Jammu and Kashmir, where the Farooq Abdullah government was replaced with his brother-in-law G.M. Shah’s ragtag battalion, aided by Governor Jagmohan. In Andhra Pradesh, Governor Ram Lal was used to dismiss the N.T. Rama Rao government. That episode saw NTR packing off his legislators to Karnataka, which was ruled by Ramakrishna Hegde of the Janata Party and subsequently parading them before the president. The practice of the seclusion and transport of MLAs to prevent their defections owes much to this particular incident.

In 1985, a constitutional amendment made retail floor-crossing grounds for disqualification for membership of parliament or state assemblies. The Supreme Court in Kihoto Hollohan v. Zachillhu and Others ruled that the speaker’s decisions on disqualification were subject to judicial review. The result was that defection became a game of footloose legislators, ambitious leaders-in-waiting and grim court battles. The success of a political operation to topple a sitting government became dependent on speakers cooperating and courts staying away.

The destruction of the Babri Masjid saw Prime Minister P.V. Narasimha Rao’s government dismiss four state governments lead by the BJP. In 1994, the challenge to this dismissal and earlier impositions of President’s rule came to be decided by a nine-judge bench in the S.R. Bommai v. Union of India case.

The judgment held that the president’s satisfaction in the invocation of Article 356 could be inquired into by the courts. It upheld the dismissal of the BJP governments to protect secularism, which is part of the Constitution’s basic structure. It held that the president was required to act on objective material, and that Article 356 could only be resorted to when there was a breakdown of constitutional machinery, as distinguished from an ordinary breakdown of law and order.

The court also held that in no case should a state assembly be dissolved without parliament approving the proclamation, and that a test of numerical strength could only be conducted on the floor of the assembly and not outside it. Relying on a Pakistani Supreme Court decision in the Muhammed Sharif case, the judgment ruled that an improperly dismissed government could be restored to office. Thus, during Rao’s minority government, citizens saw the Supreme Court becoming a strong bulwark of Constitutional right and propriety.

The first major impact of the Bommai judgment was felt in 1997, when President K. R. Narayanan returned the United Front government’s recommendation to impose President’s rule in Uttar Pradesh. A year later, he again returned a recommendation by Prime Minister Atal Behari Vajpayee’s BJP government to impose President’s rule in Bihar. Narayanan’s minute against the Bihar recommendation recorded that  “…the condition precedent for the invocation of Article 356, viz. that there has been failure of the Constitutional machinery in the state, has not been adequately made out by the Governor.” Secondly, it held, “…it would be imprudent to take action under Article 356 in Bihar when preliminary steps such as warning, directives and eliciting explanation from the state have not been taken by the Union.” Thirdly, it said, “…the fact that the government headed by Shrimati Rabri Devi enjoys majority support in the legislative assembly has to be borne in mind as per the Sarkaria (Commission) passage cited in the Bommai judgement.”

The doctrine in Bommai came to be applied again by the Supreme Court in the Bihar case of Rameshwar Prasad & Ors v. Union of India. In 2005, Governor Buta Singh, after an inconclusive election, recommended the dissolution of the state assembly, without it being convened even once. The court struck down the imposition as unconstitutional but refused to restore the assembly because another election had already been ordered. Singh resigned in the wake of the judgment.

Since the Bommai judgment of 1994 and Narayanan’s interventions of 1997 and 1998, instances of the wanton imposition of President’s rule dwindled considerably. It must also be mentioned that the nineties saw governments with no absolute parliamentary majorities for any one party. Constitutional norms began to be set and enforced by organs of the state that were not particularly overwhelmed by a strong political leadership with dominant majorities.

Will the judiciary act?

The onset of a one party majority government at the centre has seen the testing of the set dynamics of the past decades. It is only in recent times that a spurt of efforts to impose Article 356 has been seen and more instances seem to be on the horizon. This year, the Supreme Court has heard the challenge to the imposition of Article 356 in Arunachal Pradesh for nearly a month. Here, a fresh alignment of forces may have overtaken any relief that was possible at the hands of the court. The Uttarakhand case too, is soon likely to reach the Supreme Court.

The doctrines and parameters of judicial review have already been set out in the Bommai and Rameshwar Prasad cases. The question is of the willingness of the judiciary to cut through the political thicket in time to be of consequence to the political process. In the absence of a strong and effective judicial interdict, a majority government may well be tempted to brave adverse comments  in the distant future, if there is the immediate gain of adding another outpost to the empire. The question really is whether the judiciary today is willing to restate and apply settled doctrine in the changed climate of the Modi era. The coming months should see an answer for our interesting times.