The High Barriers to Justice For Women

When victims place their trust in the courts, they do not always anticipate the enormous strength, courage and emotional toll that it takes to go through the legal process. 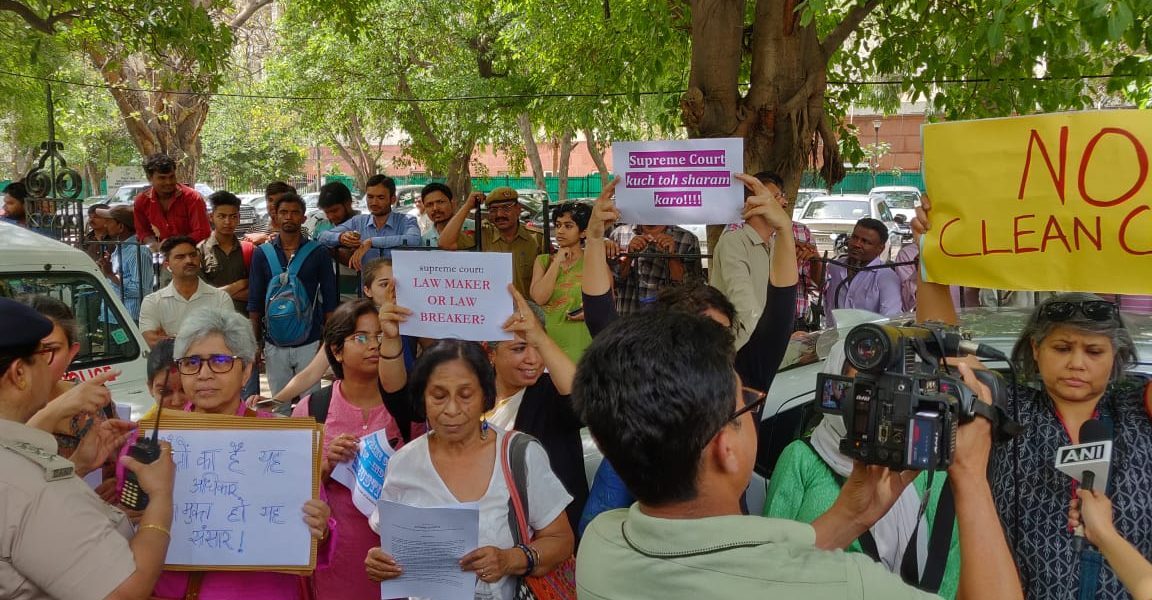 Women protesting the in-house committee giving a clean hit to CJI Ranjan Gogoi over allegations of sexual harassment on May 7. Credit: The Wire 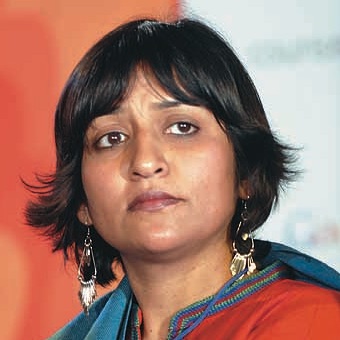 In 1979, four law professors, Upendra Baxi, Vasudha Dhagamwar, Raghunath Kelkar and Lotika Sarkar, wrote a strongly worded open letter to the Chief Justice of India, seeking justice in the case of Tukaram vs State of Maharashtra: “Your Lordship, this is an extraordinary decision sacrificing human rights of women under the law and the Constitution… a case like this with its cold-blooded legalism snuffs out all aspirations for the protection of human rights of millions of Mathuras in the Indian countryside. Why so?”

At the age of 16, Mathura had been raped by two policemen inside a police station in Maharashtra. She had found the courage to fight her battle in the courts, and after seven years, the Supreme Court had pronounced its verdict – citing the absence of injury marks on her body and that the girl had not raised an alarm, the judgement declared that she must have given her consent.

It took a full four years of determined protests, struggles and impassioned arguments by the women’s movement in India before crucial changes were made to Indian criminal laws in 1983. These changes protected the identity of the victim in rape cases, raised the penalty in custodial rape cases and set the ground for establishing a woman’s consent, and the forcible or coercive over-riding of that consent, as the key factor.

Mathura’s case is often cited as a milestone of change, a turning point in the struggle that Indian women have had to get even the most basic forms of justice. But it is also a harsh reminder that often justice is not easily delivered by the courts – it must be demanded and fought for in battles that extract a painful cost from women and other victims, over and over again.

This month, serious allegations of sexual harassment were levelled against the Chief Justice of India, Ranjan Gogoi. A three-judge in-house committee was constituted – former justice Rekha Sharma has pointed out that the committee did not adhere to Vishakha guidelines – but the complainant withdrew from the hearings.

“I have not been allowed to have the presence of my lawyer/support person despite my impaired hearing, nervousness and fear,” she said through her lawyer, Vrinda Grover. “I felt I was not likely to get justice from this committee and so I am no longer participating in the three Judge Committee proceedings.” The committee went ahead with the hearing in the absence of the complainant and issued a clean chit to Justice Gogoi, saying that there was “no substance” to the allegations.

“Today, my worst fears have come true, and all hopes of justice and redress from the highest court of the land have been shattered,” the complainant said in a statement afterwards. When women gathered to stand in solidarity for the complainant outside the Supreme Court in Delhi, Ahmedabad and other cities, they were prevented from holding these peaceful protests. The spectacle of women being shoved into police vans and detained at police stations – for what, for daring to raise their voices to demand justice for one of their own? – is a reminder of how bitterly “due process” has failed women.

In her searing book, No Nation For Women, the journalist Priyanka Dubey writes about what victims go through if they report their rapes: “Shame of losing one’s family, job, friends, social circle and most importantly, the fear of losing one’s self-respect, keeps women away from reporting rape at police stations. Everyone – right from the family, friends, to the police – views the victim with doubt. Her testimony is dismissed by throwing random questions on her character.”

This is also what sexual harassment victims have faced in the last year, and it holds as true in apparently privileged, urban India as it is for the families of rape victims in Jind or Bhagana. The degree of violence that victims and complainants face in many parts of rural India is far higher, but the pressures in courts are not dissimilar.

If the courts offer uneven justice, or abandon due process entirely to protect one of their own, the media has been unabashedly partisan. In May 2018, Times Now held its own media debate of the Tarun Tejpal rape case, airing footage from the case, inviting panelists to discuss the possible guilt or innocence of Tejpal and the victim. The victim’s lawyer, Rebecca John, reminded the channel that it was illegal to broadcast footage from the case, and women’s organisations reacted with anger.

But Times Now had already done massive damage with its two shows, demonstrating an irresponsible, appalling lack of concern about the effect that this travesty of a public television-anchor trial, might have on the victim in this case and on others. Sexual harassment victims, like rape victims, are learning that the cost of speaking out is brutal. Imagine if the price of reporting any other crime, from theft to murder, was that your character and past history would be scrutinised and held up to public censure or cruelty.

A few days after former union minister M.J. Akbar filed a criminal defamation suit against the journalist Priya Ramani for tweeting and speaking about the many sexual harassment allegations against him, 19 women journalists stood up in support of Ramani. That was heartening, but this week, when the case was heard in court, transcripts of the proceedings recorded the many disruptions made by Akbar’s lawyers as Rebecca John attempted to cross-examine him.

Akbar’s response to most questions was, “I do not remember,” and the atmosphere in the courtroom was contentious and heated. Many women’s organisations have said before that victims and defendants in these cases often find the court’s atmosphere deeply disturbing. When victims place their trust in the courts, they do not always anticipate the enormous strength, courage and emotional toll that it takes to go through the legal process.

This week, we saw yet again how a process that should have placed the welfare of the victim before all else, that should have placed justice before all else, failed both the complainant who spoke up against the Chief Justice, and a deeper ideal of justice for women. Forty years after that stained verdict in Mathura’s case, the laws may have changed, but the barriers to justice for women (and other complainants) seem as high, and as harsh.