Telangana chief minister K. Chandrasekhar Rao had earlier denied permission to private labs and hospitals to deal with COVID-19 cases on the ground that they would fleece people. 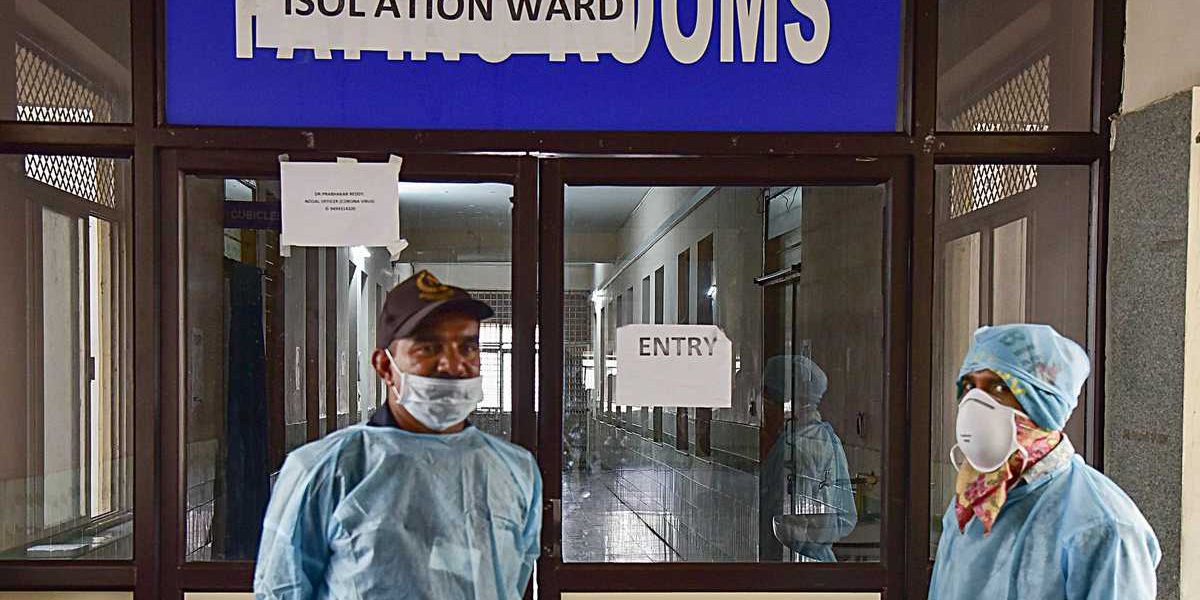 Mumbai: Observing that a medical emergency is not an excuse to trample on the fundamental rights of a citizen, the Telangana high court has quashed a state government order that compelled people to avail treatment for COVID-19 only at designated government hospitals. The government order had barred citizens from approaching private laboratories and hospitals, even though they had the required approval from the Indian Council of Medical Research (ICMR).

According to a news report in LiveLaw, the Advocate General for the state had called the situation a state emergency and justified the decision. But the court, disagreeing with the state’s stand, observed, “Admittedly, no emergency has been declared by the government under Article 356 of the constitution of India, though there is a pandemic situation undoubtedly.”

The court further pointed at the 44th amendment of the constitution, Article 359, to say that the President (of India) cannot suspend the right to move the court even in an emergency and seek appropriate relief.

A division bench of the high court, comprising of Justices M.S. Ramachandra Rao and K. Lakshman, found loopholes in the Telangana government’s order which insisted that people should get tested for COVID-19 only in state-authorised labs at Gandhi Hospital and Nizam’s Institute of Medical Sciences (NIMS) and go for treatment only to government hospitals. The government, headed by chief minister K. Chandrasekhar Rao, had claimed that since private labs and hospitals can fleece people in the name of treatment and tests, they should be barred from being involved in treatment.

The court, however, observed: “This is highly unconstitutional. People have every right to get tested and treated at private labs and hospitals respectively at their own cost. The government cannot bring pressure on anyone to go only to the state-run hospitals.”

The observations were made while dealing with a public interest litigation petition filed by one Ganta Jaya Kumar, a resident of Hyderabad.

According to the court’s observation, as quoted by the LiveLaw, the division bench further said, “An emergency of any sort is not an excuse to trample on the rights under Article 21 and the court has the power to see that the state will act in a fair, just and reasonable manner even during emergencies. Whether the state had done so or not is judicially reviewable in the light of the law laid down by the Supreme Court.”

The HC further debunked the state’s stand where it had claimed that since the Epidemic Diseases Act, 1897 had been imposed across the state, it could pass orders barring private firms from conducting tests.

The court observed, “The Ministry of Health and Family Welfare, the Union of India, and the ICMR cannot be said to have ignored these provisions of the Epidemic Diseases Act, 1897 and this Court had good reason to believe that the Union of India and the ICMR did give due consideration to this provision of law while permitting testing and treatment of COVID-19 patients by private laboratories and hospitals.”