Tarun Tejpal and Curious Case of the Coerced Confession

The judge disregards his emailed apology – in which he admits to a sexual encounter with the complainant – on dubious grounds, even though this admission is certainly at odds with his defence, accepted by the judge, that what occurred was merely “drunken banter”. 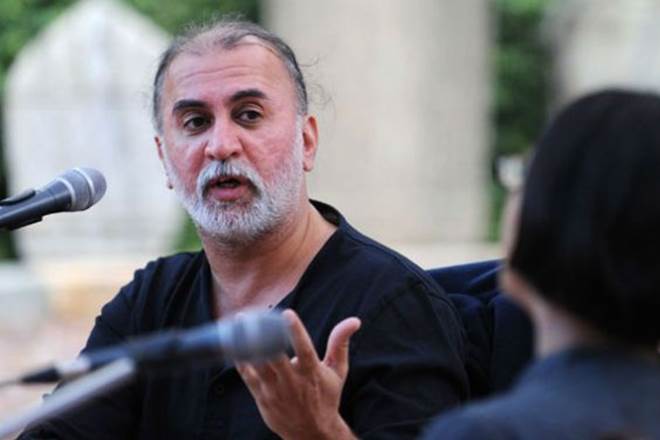 This is the first part of an ongoing series which examines the Tejpal judgment from an evidence law perspective. Part 2 can be found here.

In the year 2013, a young journalist working at Tehelka accused Tarun Tejpal, the owner and editor-in-chief of the magazine, of sexually assaulting her on two occasions, on November 7 and 8, 2013, in the lift of a hotel in Goa. On November 18, 2013, she filed a complaint with Shoma Chaudhury, the magazine’s managing editor, asking that a sexual harassment cell be constituted to conduct an inquiry. Based on media reports, the Goa police took suo motu cognizance of the matter and initiated criminal proceedings.

Since Tejpal had apologised, I had assumed that he had confessed to the crimes he was charged with, and a conviction seemed imminent. Contrary to expectation, after over 7 years, the trial in this sensational case has culminated in Tejpal being acquitted of offences under Sections 376 [rape], 354 [assault or criminal force to woman with intent to outrage her modesty], 354A [sexual harassment], 354B [assault or use of criminal force to woman with intent to disrobe], 341 and 342 [wrongful confinement] of the Indian Penal Code.

The judgment itself is tedious to read, having no coherent structure, issue-wise discussion or even headings. The findings are meandering, repetitive and freely bleed into each other from the wounds they inflict on rape jurisprudence. Hercules himself may have preferred to tackle the polycephalous Hydra than this 527 page behemoth. Having accomplished this feat, I will refrain from commenting on the correctness of the acquittal itself, since it requires appreciation of evidence that I do not have access to. Instead, this is an attempt at unravelling whether Tejpal’s so-called confession was just a red herring or had any evidentiary weight under law.

The term “confession” is not defined in the Indian Evidence Act. In layman’s terms, a confession is an admission of guilt or of the substantial facts that constitute the offence. On November 19, 2013,  the day after the young woman’s complaint, certain e-mails were sent by Tejpal – one an unconditional ‘formal apology’, which was also circulated within the organisation, and the other a ‘personal apology’, sent to the woman alone. It was the prosecution’s case that these e-mails were tantamount to a “confession”.

The complainant was dissatisfied with the apologies since, according to her, they attempted to portray her sexual molestation as a consensual sexual liaison. Neither the complaint nor the apologies are reproduced in full in the judgment. The judge, who had the benefit of the entire correspondence, finds that “there is absolutely no admission or confession of any incriminating fact even remotely suggesting sexual assault” [Para 190]. On the basis of excerpts available online, which give a reasonably good notion of what was said, I find that there is no unequivocal acknowledgement of guilt. As such, Tejpal is entitled to the benefit of doubt and I would tend to agree that the apologies do not a confession make.

That does not, however, put a quietus to the matter. Admissions (as defined under Section 17), though they may fall short of a confession, are both relevant and admissible under the Evidence Act.

In the formal apology, Tejpal has apologised “unconditionally for the shameful lapse of judgement that led me to attempt a sexual liaison with you on two occasions on 7 November and 8 November 2013, despite your clear reluctance that you did not want such attention from me”.

In his personal apology, he claims that the “encounter” took place in a “frivolous, laughing mood” and that he had no idea that the woman employee felt that he “had been even remotely non-consensual” or had “imposed” himself on her. He states that he “read it all wrong” and even offers to apologise to her mother and boyfriend. Shoma Chaudhury, who was a prosecution witness, testified that Tejpal had told her that “he and the prosecutrix had a fleeting consensual encounter” [Para 146].

An admission of sexual encounter, not just banter

There is a tenuous finding that the formal apology was drafted by Shoma Chaudhury and sent out by Neena Tejpal [Tejpal’s sister and COO of Tehelka] and is therefore not incriminating against Tejpal [Para 194]. Admittedly, both the apology e-mails were sent from Tejpal’s e-mail account. There is no indication that they were subsequently retracted. On the contrary, the personal apology and a subsequent e-mail from  Tejpal recusing himself from editorship acknowledge the formal apology. For the purpose of this article, I have therefore assumed that the apologies were sent either by Tejpal himself or with his consent / authorisation.

It is plain as day that these apologies admit to, at the very least, a sexual encounter between Tejpal and the complainant. What acts comprised this encounter and whether it was consensual or not is a matter of evidence. Nevertheless, this admission is certainly at odds with Tejpal’s defence (which has been accepted by the judge) that what occurred was merely “drunken banter” during which the young employee allegedly regaled Tejpal with tales of “sex” and “desire”. The mind boggles to conceive of a situation where such “banter” could be interpreted as consensual or non-consensual.

Juxtapose this with the alacrity with which the conduct of the complainant has been misconstrued as an admission by her that Tejpal had done no wrong.

Since she did not respond to Tejpal’s messages on November 9, 2013 referring to the incident as “drunken banter”, the trial court held that “non denial by the prosecutrix at the first available moment, of the accused’s version gives rise to adverse inference against the prosecutrix” and that she “indirectly admitted the version of the accused by not replying” [Paras 141-143]. Pertinently, the complainant did send a text to Tejpal on November 16, 2013, stating that “It was not once Tarun, it was twice and I asked you to stop repeatedly. I was certainly not drunk and it was not banter. You did the most horrible things.” But the judge did not consider this important since it was not sent right away.

Similarly, the complainant’s reply to the personal apology insisting that she had been sexually molested is found to be wanting since “There is nothing in the response of the prosecutrix to indicate that she has denied flirtatious conversation…” and “the defence of drunken banter has been accepted by the prosecutrix in her e-mail response, wherein she claims the Accused always used to have such conversations with her”. On the other hand, the unconditional formal apology sent by  Tejpal, which did not deny any of the allegations in the prosecutrix’s complaint, is not seen to be an admission since it is “not a reply to any previous e-mail sent to the accused by the prosecutrix”. [Paras 147 & 190-191]

Having held that Tejpal had made no admission or confession of sexual assault, the judge immediately contradicts herself by arriving at the astonishing conclusion that “…the personal apology was not sent voluntarily by the accused, but … was sent due to the explicit pressure and intimidation by prosecutrix on PW45 to act swiftly and also due to the inducement and promise made by prosecutrix to PW45, which in turn was communicated to the accused, that the matter would be closed at the institutional level, if the accused were to tender an apology” and is therefore struck by Section 24 of the Evidence Act. [Para 202 – PW45 is Shoma Chaudhury].

For the uninitiated, Section 24 reads as follows:

“24. Confession caused by inducement, threat or promise, when irrelevant in criminal proceeding – A confession made by an accused person is irrelevant in a criminal proceeding, if the making of the confession appears to the Court to have been caused by any inducement, threat or promise having reference to the charge against the accused person, proceeding from a person in authority and sufficient, in the opinion of the Court, to give the accused person grounds which would appear to him reasonable for supposing that by making it he would gain any advantage or avoid any evil of a temporal nature in reference to the proceedings against him”.

There are three points to note here.

First, for any statement to fall within the bar of Section 24, it must necessarily be a “confession”, i.e. an admission of wrongdoing – which the judge has already said was absent. Needless to say, an apology containing an admission of a sexual encounter, which does not amount to a confession (as discussed above) is certainly relevant, admissible and does not fall foul of Section 24.

Secondly, the inducement / promise is itself doubtful, having reached Tejpal’s ears through Chinese whispers via Shoma Chaudhury [PW 45] and Neena Tejpal [PW 36], perhaps losing all semblance of its original nature in the process. The judgment paraphrases, rather than reproduce verbatim, the relevant correspondence and witness statements of Shoma and Neena on this aspect, muddying the waters further.

It is unclear as to which of the e-mails of the complainant acted as the promise of closing the matter at the institutional level. The reference to “act swiftly” in the finding extracted above, appears to stem from an e-mail dated November 19, 2013, which was sent by her after the apology e-mails had already been sent out [Para 192]. It is nobody’s case that any further apology/ admission was sent thereafter in the terms sought by the complainant so as to be induced thereby.

This only leaves the e-mail dated November 18, 2013 containing the woman employee’s complaint, asking for a sexual harassment inquiry and, “at the very least”, an apology from the accused [Para 36]. It is definitely a stretch to categorise the act of lodging a complaint itself, wherein certain remedies are sought, as an inducement to confess. In fact, the testimonies of Shoma Chaudhury and Neena Tejpal indicate that they were involved with the unconditional formal apology, not the personal one, and acted more out of concern for the reputation of Tehelka than any inducement or promise by the complainant [Paras 200-201].

Thirdly, the law requires the inducement / promise to proceed from “a person in authority”, which has not been examined at all. Ironically, the only issue on which the trial court found in favour of the prosecutrix is that Tejpal was “in a position of trust or authority towards the prosecutrix and was in a position of control and dominance over the prosecutrix” [Para 25]. Further, both Shoma (the managing editor) and Neena (the COO) were superiors of the complainant, and she reported to Shoma. It is therefore painfully obvious that the complainant was not a “person in authority” vis-à-vis any of these persons.

Bhabna Das is a lawyer practicing in various courts in Delhi with over 10 years work experience, and a qualified Advocate-on-Record in the Supreme Court of India