Supreme Court Saves Monsanto From Its Own 'Incomprehensible' Legal Strategy

The litigation had kicked off in 2015 with Monsanto winning at the interim stage before the trial court followed by it losing grandly before the Division Bench and winning again before the Supreme Court. 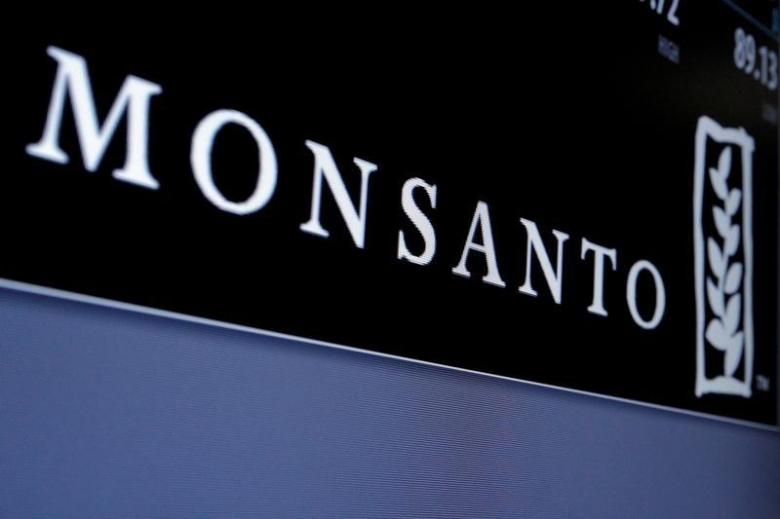 Monsanto is displayed on a screen where the stock is traded on the floor of the New York Stock Exchange. Credit: REUTERS/Brendan McDermid

In a judgment delivered on Tuesday, the Supreme Court set aside the judgment of a division bench of the Delhi high court which had revoked Monsanto’s patent and remanded the matter to the trial court. The issue of patent validity remains open and has not been decided by the court, as has been wrongly reported by the media.

This litigation had kicked off in 2015 with Monsanto winning at the interim stage before the trial court followed by it losing grandly before the division bench and winning again before the Supreme Court. (You can read about the case over here, here, here and here.)

After a reportedly lengthy hearing running into many hours, the Supreme Court delivered a judgment that skirted all the patent law issues raised before it and kicked the matter back to the trial court for a judgment on the merits. According to the court, the division bench erred by going into complex issues of fact without the benefit of a trial.

As I had mentioned in my earlier post, the reason the division bench decided the case without the benefit of parsing evidence through a trial was because both parties had consented to waiving their right to a trial. At the time, I was incredibly surprised by Monsanto’s decision to waive its right to trial in such a complicated case and I was wondering if the division bench had misunderstood the scope of Monsanto’s consent to waive trial.

The Supreme Court appears to have bought Monsanto’s argument that this was in fact the case and that it had only consented to a waiver for a trial on patent infringement and not patent invalidity as construed by the division bench.

The relevant extract from the SC’s judgment is reproduced below:

The plaintiffs had never consented to a summary adjudication regarding the validity of its patent.  The consent referred to by the Division Bench, had been given only to decide whether the plaintiffs’ patent had been infringed or not, as also the scope of the patent, so as to allow or disallow the relief of injunction. It is incomprehensible that the plaintiffs holding a valid registered patent under the Act nonetheless would have agreed to a summary consideration and validation/invalidation of the patent.

Simply put, the Supreme Court refused to believe that Monsanto could have taken the “incomprehensible” decision to waive its right to a trial in a patent invalidity proceeding. But I went back to the division bench’s order passed on May 8, 2017, on the last day of oral arguments and it is clear as day that Monsanto did consent to a hearing on merits:

During the course of hearing, with consent of the parties, the arguments with regard to the issue of patentability and applicability of Section 3(j) of the Patents Act, 1970 were heard finally.

But what is perhaps even more incomprehensible is the absurd argument that Monsanto successfully sold to the Supreme Court i.e. it wanted to waive its right of trial only in the patent infringement lawsuit and not in the patent invalidity counterclaim. (A counterclaim for patent invalidity and revocation is usually filed in response to a patent infringement lawsuit.)

The fact of the matter is that when a court has to decide on the issue of patent infringement, the main defence available to the defendant under Section 107 of the Patents Act is to argue the grounds of invalidity under Section 64. So, if a court decides only an infringement lawsuit it can still decide that a patent is not infringed because it is not valid but technically it cannot revoke the patent unless it is hearing a counterclaim seeking revocation of the patent. I know it sounds silly but in order to revoke a patent, a prayer to that effect has to be made in a counterclaim or a revocation petition, after paying the necessary court fees.

The failure to file a counterclaim by the defendant does not stop the court from coming to the conclusion that the patent has not been infringed because it is invalid under Section 107. Thus, even going by Monsanto’s half-baked defence, the Supreme Court should have overruled the division bench on the issue of revoking the patent while holding up the findings on the patent’s invalidity.

All three judgments rendered in this case so far by the trial court, the division bench and the Supreme Court have been a huge disappointment with judges committing massive blunders. Of all the three judgments, this one is the most distasteful.

This article was originally published on SpicyIp. Read the original article here.