SC Backs ED's Powers Under PMLA, Says Supply of ECIR to All Concerned Not Mandatory

Upholding the validity of some provisions of the PMLA, a bench headed by Justice A.M. Khanwilkar also said Section 5 of the Act relating to the attachment of property of those involved in money laundering is constitutionally valid. 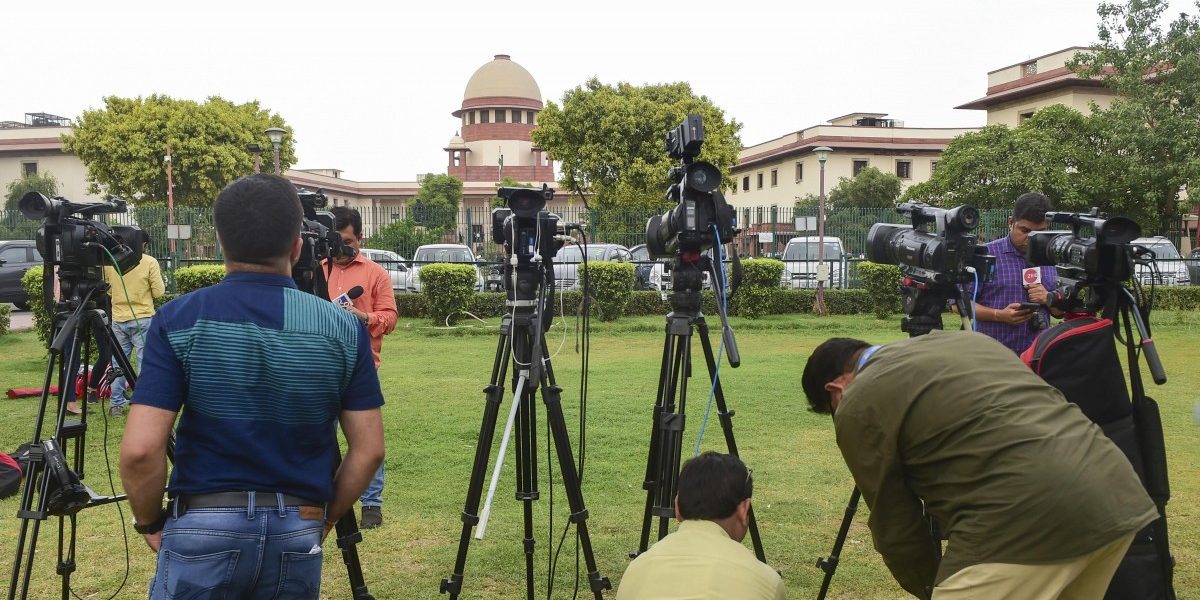 New Delhi: The Supreme Court on Wednesday, July 27, backed the Enforcement Directorate’s powers under the Prevention of Money Laundering Act, saying Section 19 that deals with the power to arrest does not suffer from the “vice of arbitrariness”.

Upholding the validity of some provisions of the PMLA, a bench headed by Justice A.M. Khanwilkar also said Section 5 of the Act relating to the attachment of property of those involved in money laundering is constitutionally valid.

The apex court said the supply of Enforcement Case Information Report (ECIR) in every case to the person concerned is not mandatory. The ECIR is the ED’s equivalent of a police FIR.

The bench, also comprising Justices Dinesh Maheshwari and C.T. Ravikumar, said it is enough if the ED discloses grounds at the time of arrest.

The apex court, according to a LiveLaw report, has also upheld the reverse burden of proof under Section 24 of the PMLA and said that it has ‘reasonable nexus’ with the objects of the Act.

A special court can look into the relevant records presented by the ED when the arrested person is produced before it, the Supreme Court said. This will answer the need for the person’s continued detention in connection with the alleged offence of money laundering, it said.

“Section 5 is constitutionally valid. It provides for a balancing arrangement to secure the interest of the person as also ensures that proceeds of crime remain available to be dealt with in the manner provided under the Act,” the bench said while pronouncing the verdict.

The top court delivered its verdict on a batch of petitions on the interpretation of certain provisions of the PMLA.

During the hearing, the apex court deliberated on Section 45 of the Act as well as Section 436A of the Code of Criminal Procedure (CrPC) and also on balancing the rights of the accused.

While Section 45 of the PMLA deals with the aspect of offences which are cognisable and non-bailable, Section 436A of the CrPC deals with the maximum period for which an undertrial prisoner can be detained.

The Supreme Court held that the parliament is competent enough to to amend the Section 45 to “cure defects” pointed out by the apex court in the 2018 Nikesh Tharachand Shah case, according to LiveLaw.

The apex court also heard arguments on Section 3 that provides the definition of a money laundering offence.

The Union government had earlier told the apex court that 4,850 cases have been taken up for investigation under the PMLA in the last 17 years and proceeds of crime of Rs 98,368 crore identified and attached under provisions of the law.

The government had told the court that investigation in these offences was carried out under the PMLA, including 2,883 searches.

Solicitor General Tushar Mehta had said out of the Rs 98,368 crore identified and attached, proceeds of crime of Rs 55,899 crore have been confirmed by the adjudicating authority.