India's Judiciary Must Stay the Hands of Lawlessness, Not Justice

Judges need to step out of their book-lined studies and sterile chambers and smell the stench of repression in the streets, see the accumulating debris of a collapsing criminal justice system.

The Supreme Court has disappointed again.

While not interfering with the bail granted to the three student activists Natasha Narwal, Devangana Kalita and Asif Iqbal Tanha in the Delhi riots and “conspiracy” case, it has, on  June 18, 2021, effectively stayed the Delhi high court order on Unlawful Activities (Prevention) Act.

To my mind, the court had no option but to confirm the bail for to do otherwise would have been to legitimise the lawlessness of the state and to throw all legal principles to the winds.

But it has undone this good work by once again adopting a balancing act (becoming all too familiar now) to keep the executive in good humour, by decreeing that the Delhi high court decision of June 15, 2021 cannot be quoted as a precedent for other UAPA cases. This is as perplexing as it is unfortunate.

The court has given no reason for the virtual stay, other than to express “surprise” that the bail order is of 100 pages, and that it has “pan-India” implications.

The surprise we can live with (nothing surprises us any more) but the pan-India part is more difficult to swallow. And this is the reason: UAPA is a pan-India legislation so obviously any judgment on it will have pan-India implications too. Which is a very good thing: for far too long have our courts avoided questioning the draconian and unconstitutional provisions of this law. If one high court has finally done so, its judicial impact should be felt all over the country.

Why is the apex court so uncomfortable with this?

The Supreme Court’s order is also self contradictory. By confirming bail to the three accused it implicitly accepted the rationale and reasoning of the Delhi high court order which resulted in the decision to grant them bail. But by “staying” the order and deciding to “examine” its correctness it seems to be suggesting that it is not sure of its legality.

This is a legally untenable position, and shows a certain waffling on the part of the honourable judges, and also perhaps a desire to accommodate the sudden panic in the Union home ministry and Delhi police.

Legal luminaries can argue about all this till Uttar Pradesh chief minister Adityanath’s cows come home. I am no luminary but I do know a few adages, one of them being: War is too important to be left to generals.

Similarly, I would venture to postulate that Justice is too important to be left to lawyers and judges. For these worthies are the bone crunchers, endlessly chewing on lifeless words, phrases, rulings, ratio decindi and what not. In the process they forget about the flesh and blood of human reality, of the lives being tortured by their unending, academic and arcane arguments. They forget that at the end of the day law and justice are nothing but common sense, and that it is high time they extricated themselves from the thicket of legalese they have lost themselves in, back to the straight, wide path of common law and common sense.

As the eminent British jurist and writer John Mortimer said: “No brilliance is needed in the law, nothing but common sense and relatively clean finger nails.”

And it is nothing but common sense which the Delhi high court has displayed in its order, clothed in unassailable legal principles. It is common sense to demand prima facie evidence of wrong doing before locking up someone for years without trial.

It is common sense to distinguish between a common crime and terrorism.

It is common sense to insist that dissent is not sedition.

It is common sense to rule that if an accused cannot be granted a speedy trial then he is entitled to bail, as Justice (retired) Deepak Gupta pointed out in an interview the other day.

It is common sense to declare that the Advisory Board of UAPA cannot be the final word or arbiter of a person’s guilt and that the courts are entitled – nay, duty bound – to look into its decisions.

It is common sense to pronounce that inferences and speculation cannot take the place of hard evidence and proof. What is there to “examine” in these self-evident truths, as the Supreme Court proposes to do? 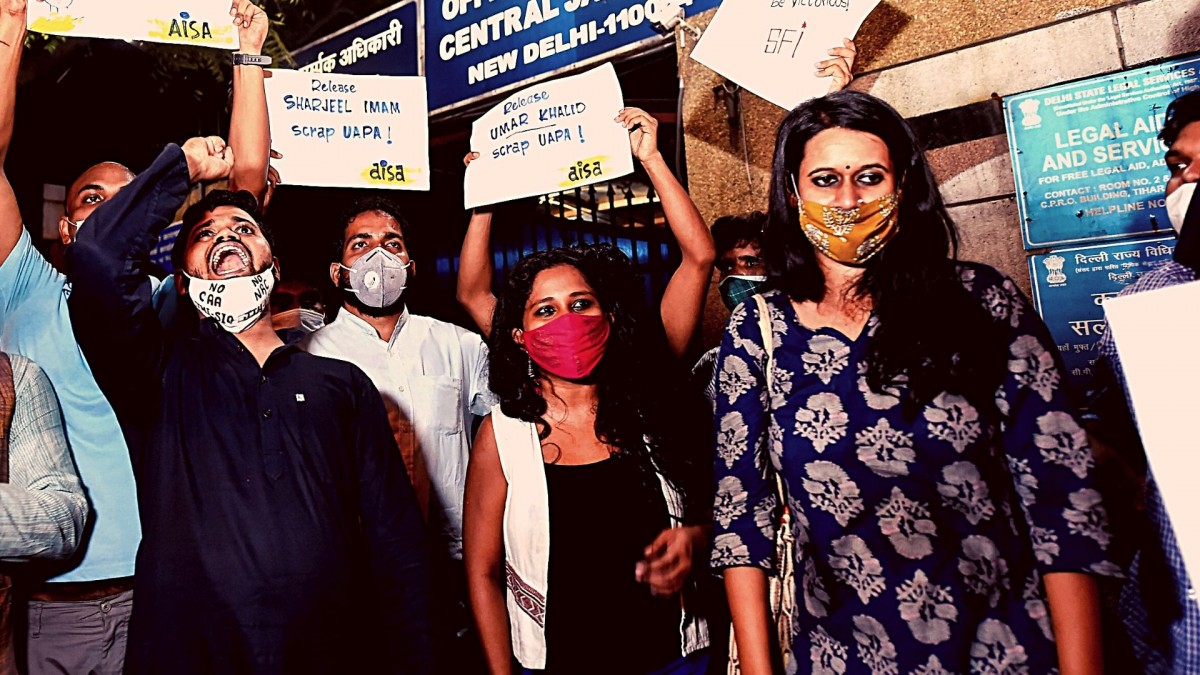 No matter how you look at the Delhi high court order – from a layman’s or a legal eagle’s perspective – it fully meets the requirements of both the law and of common sense. The principles and law enunciated by it require no further “examination “, which is why the Supreme Court’s stance on it boggles the mind.

It is high time time our judges took their noses out of their legal tomes and felt the pulse of the people. They should not have an exaggerated sense of their infallibility, should not confuse real justice with their love for didactics, should understand the wishes of the public.

The judiciary would do well to remember that all great legal and social reforms have been driven by the people, not by the courts or governments – the suffragette movement for voting rights for women, the anti-slavery campaign, the right to abortion, the acceptance of gay rights, the abolition of apartheid, and the right to privacy. Law and justice follow in the wake of what is right, not the other way around.

And every time our apex court has been insensitive to such deep feelings of the populace it has had to eat its own words and revise its orders very soon. Just in the recent past it has had to quash the infamous ADM Jabalpur order; it had initially set aside the brilliant Delhi high court decision of 2013 on decriminalisation of gay sex but had to revise its position in 2018; in 1962 it had ruled that privacy is not a fundamental right but has since upheld it in a number of judgments; in 1985 it had held that adultery was a crime but just last year it held otherwise.

I have no doubt at all that in this case also, the Supreme Court will have to ultimately lift the stay: as they say, history doesn’t repeat itself, but it rhymes.

A sensitive and responsive judiciary should anticipate, and be one step ahead of social and legal changes and reforms; it should not be merely reactive; it should not live in awe of the executive. This is especially true of the India of today where judges need to step out of their book-lined studies and sterile chambers and smell the stench of repression in the streets, see the accumulating debris of a collapsing criminal justice system.

The need to see the 45 million pending cases, the indiscriminate use of UAPA and sedition laws, the 2% conviction rate in UAPA, the 500,000 incarcerated prisoners of whom 70% are undertrials, the increasing number of people acquitted after years in jail without bail – Ilyas and Irfan in Maharashtra have just been found not guilty after spending nine years in jail under terrorism charges, 115 persons have been granted bail in Karnataka, Akhil Gogoi, an MLA in Assam has been acquitted just this week in one of the two UAPA cases lodged against him.

The increasing number of acquittals and bails in UAPA demonstrate vociferously the illegal manner in which such cases are fabricated simply to incarcerate those activists whom the government finds inconvenient. The Delhi high court order goes a long way to stem this rot, and by staying it the apex court has undermined not only the sanctity of the high court but also the expectations of the citizens. All without citing any cogent reason for doing so.

I sometimes wonder: what will it take for our superior courts to grasp the fact that in their obsession with technicalities and legalese, they are smothering the real spirit and essence of justice – common sense and compassion.

Is it that they feel that they themselves are immune from the state sponsored savagery being inflicted on the common public outside their sanitised ivory towers? Was Benjamin Franklin right, after all, when he said: “Justice will not be served until those who are unaffected are as outraged as those who are?”

It’s time to be outraged, my lords.