Granting the Alt News co-founder interim bail in all six cases registered by the Uttar Pradesh police, the court observed that the power of arrest must be used sparingly. 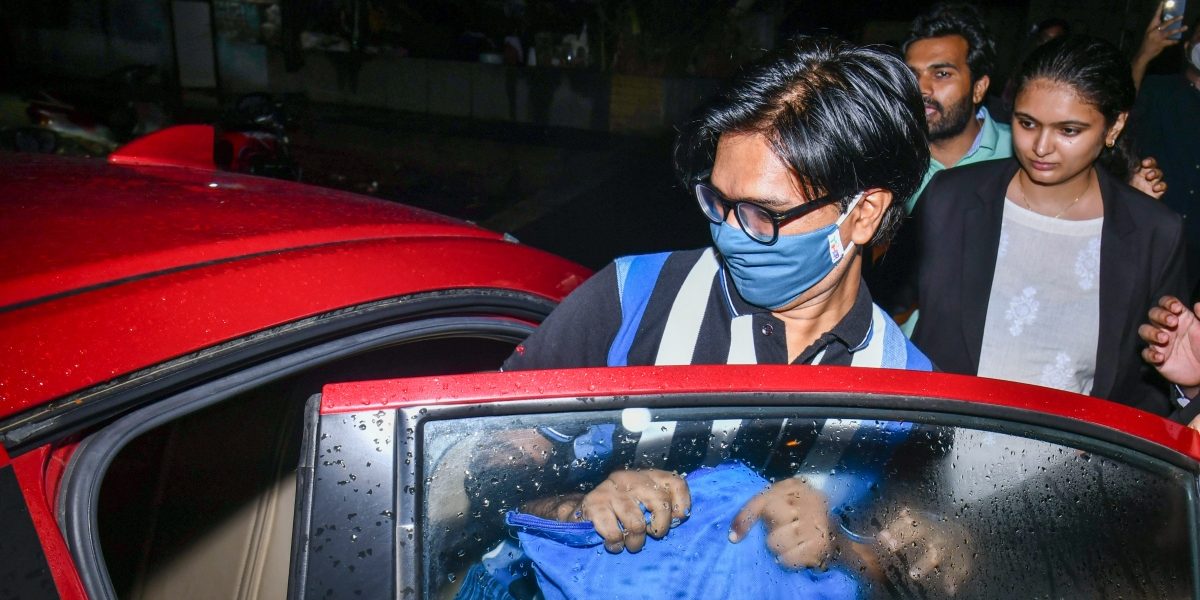 New Delhi: Alt News co-founder Mohammad Zubair walked out of Tihar on Wednesday night, hours after the Supreme Court granted him interim bail in all FIRs lodged by the Uttar Pradesh police. “Mohd Zubair has been released from Tihar,” news agency PTI quoted a senior official as saying.

Earlier, the Supreme Court ordered Zubair’s and directed all the FIRs against him to be clubbed. The power of arrest must be used sparingly, the court noted.

Directing the transfer of all Uttar Pradesh FIRs to the Delhi Police’s Special Cell, the apex court noted that this direction and the protection of the interim bail will also apply to future FIRs which may be registered on the basis of Zubair’s tweets.

The bench directed that immediately upon submitting bail bond amounting to Rs 20,000 before the Chief Metropolitan Magistrate, Patiala House, “the Superintended of Tihar Jail must ensure” that Zubair is released before 6 pm today, Bar and Bench reported.

Notably, the apex court has also turned down the Uttar Pradesh additional advocate general’s plea to stop Zubair from tweeting.

“We cannot stop him from tweeting. We cannot anticipatorily interdict him from exercising his right of free speech. He will be answerable as per the law. Evidence is all in public domain,” the bench said.

The Alt News co-founder was arrested on June 27 by the Delhi police for a 2018 tweet in which he shared a screenshot from a 1983 Hindi movie. Six cases were slapped on him during the period of his incarceration.

The bench led by Justice D.Y. Chandrachud had earlier noted that the practice of repeated charging and arresting was a “vicious cycle” and asked the Uttar Pradesh Police on July 18 to not take precipitative action against Zubair in these cases till today.

“In the present case, there is no justification to keep him in continued custody any further and subject him to diverse proceedings when the gravamen of allegations arises from the tweets which form part of investigation by Delhi Police,” the bench said, according to LiveLaw’s live feed of the proceedings.

This is a very good order by the SC. It prevents evergreening of criminal proceedings against @zoo_bear and also prevents State authorities from keeping him in jail for another week before implementing the bail order. https://t.co/Fg9TESzvvV

The Supreme Court also said that Zubair will be at liberty to seek quashing of the FIRs against him before the Delhi high court.

The Supreme Court, additionally, ordered the disbanding of the Special Investigation Team formed by the Uttar Pradesh police to investigate the FIRs against Zubair. The court called it “redundant”. Zubair’s counsel, advocate Vrinda Grover, in today’s hearing had highlighted that that SIT was formed for the case after Zubair was already in Delhi Police’s custody over a different case.

Grover had sought his interim bail and the clubbing of the Delhi Police’s FIR with all the cases against him that the Uttar Pradesh police has rekindled.

Zubair was first arrested by the Delhi Police on June 27 for allegedly hurting religious sentiments for a tweet in which the journalist shared a still from a 1983 Bollywood film. Later, police in Uttar Pradesh sought his custody. Six cases were lodged against him in UP – two in Hathras and one each in Sitapur, Lakhimpur Kheri, Muzaffarnagar, Ghaziabad, and at Chandauli police station – on similar charges.

The bench considered the case – one of seven against Zubair on which police decided to act within a period of three weeks – registered by Lakhimpur police on September 18, 2021, based on a complaint by Sudarshan TV, a channel which airs extremist Hindutva content and which was criticised by the Supreme Court in 2020 for targeting Muslims in its programming.

The FIR charged Zubair under Section 153-A (promoting enmity between two groups) for accusing the channel on Twitter of using a doctored image of the famous Medina mosque in a graphic depicting an Israeli rocket attack on the Gaza strip in 2021.

Grover sought to point out that there is little by way of incitement in Zubair’s tweets – and that incitement was actually being done by the channel, Sudarshan TV, whose coverage Zubair was bringing to light.

RW propaganda channel @SudarshanNewsTV has used a pic of Al Masjid an Nabawi from Madina, superimposed it with an old pic from Ghaza, with graphics bombing the Mosque.
Is this reporting or trying to incite violence. Hope @Uppolice @noidapolice @dgpup takes action. pic.twitter.com/CE4BnGtT5k

“Please see the tweets, there is no incitement whatsoever. He is pointing out as a fact checker that the picture of mosque used in a graphic of Sudarshan TV is wrong mosque. And I tag the police saying hope they will take action,” she said.

“Who is actually inciting? The graphic shared by Sudarshan TV channel. I, as a fact checker, place the actual image of Gaza bombing and image of real mosque. For this, FIR lodged for 153A, 295A. This is about silencing,” she added.

Noting that police got 14-day custody for allegation of offences under sections that do not attract more than three years in jail, Grover also sought to point out the seizure of devices that were unconnected with Zubair’s tweets.

“What kind of police remand application is this? They will take me into custody and take me to wherever they want to investigate tweets from 2014 to take into custody of all devices. Is this not a statutory abuse of the power of investigation?” she asked.

Grover highlighted the order of the Supreme Court granting bail to journalist Prashant Kanojia, who had been arrested in 2019 over tweets critical of Uttar Pradesh chief minister Adityanath.

Grover pointed to a distinct threat faced by Zubair by virtue of his job.

LiveLaw quotes her as having said, “In this age of digital age, the job of someone who is debunking false information may draw the ire of others. But the law cannot be weaponised against him…The dormant FIRs are activated the moment I secure bail in any case. Dormant FIR gets suddenly activated. That is why I say there is more than meets the eye. There is a scenario of encircling me.”

LiveLaw reports that arguing for the Uttar Pradesh government, additional advocate general Garima Prashad sought to establish that Zubair is not a journalist, claiming that his fact-checks are paid for – without mentioning who might be making the payments.

“He calls himself a fact-checker. Under the guise of fact checking, he is promoting malicious and provocative content. And he gets paid for the tweets. More malicious the tweets, more payment he gets. He has admitted. He has got over Rs 2 crores. He is no journalist,” she said.

The AAG blamed Zubair for not informing the police of hate speech. She said Zubair has been taking “advantage” of hate speeches and videos by sharing them.