The absence of a monitoring mechanism to ensure compliance with its directions may defeat the very objective. 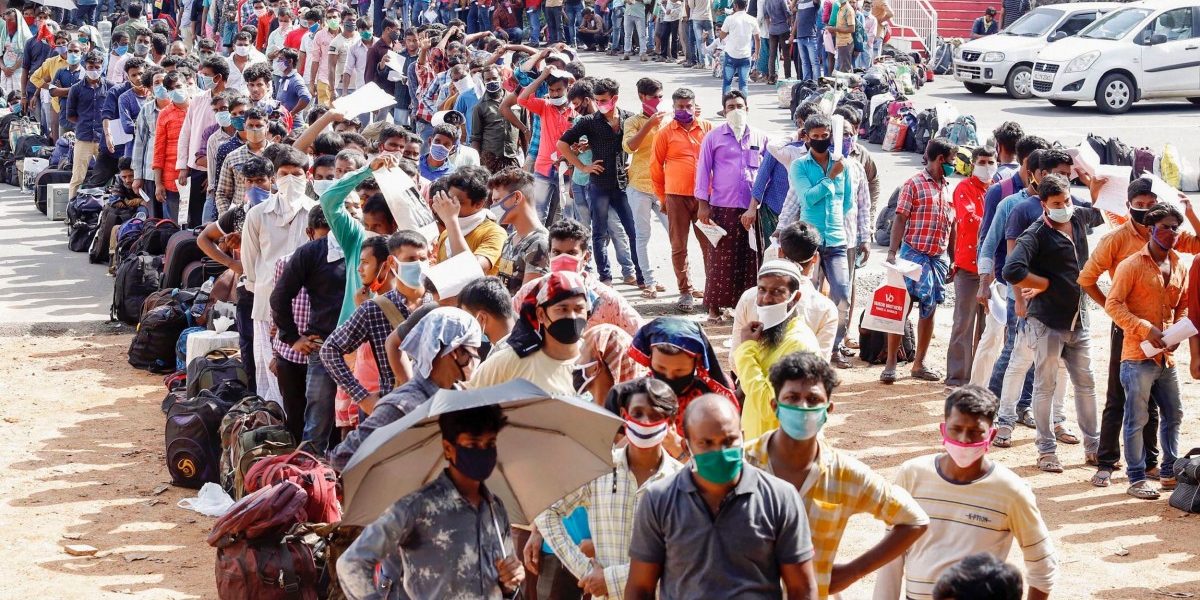 The Supreme Court bench of Justices Ashok Bhushan, Sanjay Kishan Kaul and M.R. Shah, on Tuesday, in In Re: Problems and Miseries of Migrant Labourers, passed a slew of directions to alleviate the suffering of migrant workers.

It has directed all the states/union territories to transport stranded workers by train, bus or other modes of transport within 15 days from today. Secondly, it has directed decentralisation of the process of registering migrant workers at nearby places. The third direction is to ensure that information regarding transport options being made available to stranded workers is publicised through local newspapers and TV channels.

State governments must also help migrant labourers after their arrival in their home states, creating help desks to facilitate their return to their places of work and spreading awareness of welfare schemes, the bench said. It also asked the government to withdraw prosecution/complaints lodged against migrant labourers for violations of lockdown guidelines.

The bench’s reluctance to intervene effectively in response to public interest litigation petitions filed earlier had led to intense criticism that the court did not rise to the occasion, and had abdicated its duty to protect the vulnerable and underprivileged.

Has Tuesday’s order in the suo motu case made any difference and brought necessary course-correction? The Wire spoke to some of the senior counsel who took part in the hearing, keeping in mind the background to the case, to answer this.

Tuesday was the fourth day of hearing in this case, which was initiated suo motu by the bench on May 26. The bench was moved by reports in the media showing the unfortunate and miserable conditions of migrant labourers walking and cycling long distances. The bench also noted their complaint of not being provided food and water by the administration at places where they were stranded on the way.

On the very first day of the hearing, the bench made it clear that adequate transport arrangements, food and shelter should be immediately provided by the Centre and state governments free of cost to these labourers. In order to redress inadequacies and lapses, the bench was of the view that effective concentrated efforts were required to redeem the situation, and issued notices to the Centre, states and union territories to submit their responses looking into the urgency of the matter.

On May 28, the bench considered responses from several states and union territories, and a preliminary report from the Centre. The bench noted that senior counsel Kapil Sibal was concerned about the non-provision of minimum standards of relief under Section 12 of the Disaster Management Act, 2005. Tuesday’s order from the bench is silent on this.

The National Authority, set up under the DMA, is expected to recommend guidelines for the minimum standards of relief to be provided to persons affected by a disaster, which shall include the minimum requirements to be provided in the relief camps in relation to shelter, food, drinking water, medical cover and sanitation; and the special provisions to be made for widows and orphans; ex gratia assistance on account of loss of life as also assistance on account of damage to houses and for restoration of means of livelihood; and such other relief as may be necessary.

As the Centre has not refuted Sibal’s submission, the bench could have specifically directed the Centre to implement Section 12 of the DMA. Instead, the bench appears to have satisfied itself that its directions would serve the purposes of Section 12, even if there is no explicit compliance with it by the Centre.

Although some states and union territories were yet to submit their responses on May 28, the bench gave an interim direction to ensure that the migrant labourers do not pay for their travel, food, etc. and that the process of registration of migrant workers is simplified and sped up through help desks. On June 6, the bench heard the parties at length again, and reserved its order.

Nature of the proceedings

The nature of the case before the bench imposed certain constraints on it, in view of its urgency. Unlike similar suo motu cases where the bench found it necessary to appoint an amicus curiae to assist it, in this case, the bench dispensed with such a requirement, and heard all the parties and the senior counsel, representing five to six interveners, at length.

“Amicus appointment in a matter involving urgency is not feasible,” said senior counsel, K.V. Viswanathan, though he conceded that an amicus – who need not even be a lawyer – might have helped to better reflect and contribute to the proceedings. But he was convinced that the court took adequate care to compensate for the absence of an amicus.

If the grievance earlier was that the court did not ask probing questions, the court redressed it in this case without the amicus assisting it, he told The Wire. To Viswanathan, it is clear that the court took the criticism of its handling of the earlier PILs on migrant workers in good spirit, and almost took back the cases which it had disposed of through this suo motu exercise.

Senior counsel Gopal Sankaranarayanan is disappointed that the hearing has resulted in a “vague” order.  The absence of an amicus, according to him, meant that the government’s submissions could never be verified. There is no amicus to counter the official claims, and ensure that transportation would be available to these workers, he said.

Viswanathan, who represented the Migrant Mazdoor Program of the National Law School, Bengaluru (an initiative by a few alumni) is satisfied that the court implicitly accepted his plea that it is the duty of all states and the Centre to act as “parens patriae” for these migrant workers. According to him, the paragraph about withdrawal of prosecution against migrants, launched for violation of lockdown conditions, adds a humane touch to the order.

“The icing on the cake is the recognition of a positive obligation in the state and instrumentalities to inform the workmen of their right to be transported and their right to the welfare schemes floated. NLS alumni had expressly argued it orally and in writing,” he told The Wire.

But this kind of hearing had its own limitations. There was no in-depth argument, said Jaideep Gupta, senior counsel for MP Mahua Moitra, who was one of the interveners in this case. The counsel for the interveners were not aware of the response of the Centre and the states to their suggestions, he told The Wire.

Gupta is relieved that the bench kept the case pending, and did not dispose of it as in previous cases. Now, if there is any material to suggest that its directions are not being complied with by the authorities after 15 days, interlocutory applications can be filed seeking urgent hearing even before July 8, he suggested.

During the last hearing, Indira Jaising, senior counsel for one of the interveners, submitted that the number of trains which are sought by different states are not sufficient to transport those who are stranded.

Viswanathan suggested that additional Shramik trains should be started at the earliest so that more migrants can be transported. He submitted to the bench that there should be one Shramik train running every day for the next 15 days from each of the state capitals, especially Delhi, Mumbai, Bengaluru, Hyderabad, Chennai, Kolkata and Panaji, to major junctions in states.

Also read: Eagles, Vultures and Other Animals at the Supreme Court

The bench recorded the Centre’s submission that approximately 4,228 Shramik trains were running from different states to carry migrant workers to their destination between May 1 and June 3. The Solicitor General, Tushar Mehta, told the bench that there are no demands from various states for any train. According to him, the total demand now pending is only for 171 trains. The bench appears to have accepted the Centre’s claim that if any further demand is received from any states, it will be met within 24 hours by the railways.

The other issue is the prayer for direct cash transfers to bank accounts of migrant workers by Centre. The bench, in Tuesday’s order, refers in passing to Gupta’s prayer on behalf of his client, Mahua Moitra, but chose to be silent on it.   Jaising too made a specific prayer for cash assistance to migrant workers of at least of Rs 7,500.

Gupta recalls that the SG shook his head when he suggested this during the hearing, but he doesn’t know what the Centre’s response to it is. “Transferring Rs 5,000-10,000 to each migrant worker is not a big thing. Many economists have proposed that making money available to these workers could help them to take care of basic necessities during their travel,” he told The Wire.

Senior counsel Sanjay Parikh, who represented activist Medha Patkar before the bench, regrets that some of the practical suggestions which he offered such as emergency feeding centres and grain banks to help those without purchasing power were not considered. The order could have set up a monitoring mechanism to ensure that there is compliance with the court’s directives at the ground level. The mechanism could have been created in the public domain, to ensure greater transparency, he told The Wire.