The four members of the Selection Committee, including the prime minister, appear to have shown no interest in fulfilling the Supreme Court's order from the last hearing. 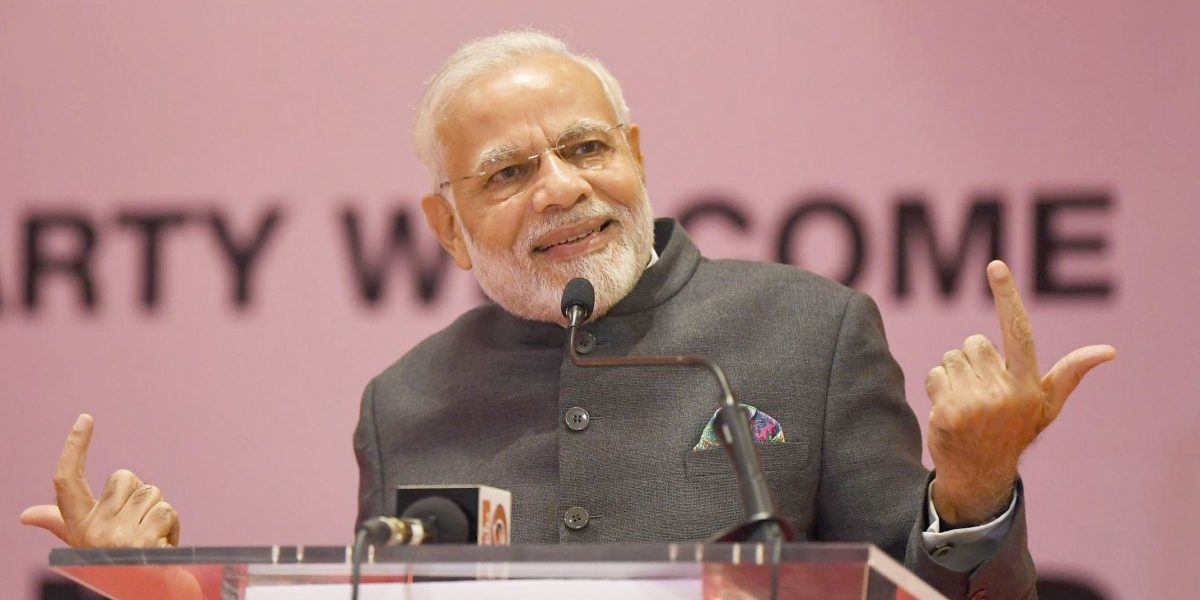 New Delhi: On Tuesday, the Supreme Court bench of Justice Ranjan Gogoi, Justice R. Banumathi and Justice Navin Sinha expressed its displeasure with the Centre’s affidavit in the Common Cause vs Ajay Mittal case challenging the Centre’s inaction in setting up a Lokpal. The court called the affidavit “wholly unsatisfactory”.

“Constitution of Search committee to recommend a panel/panels of names for consideration of the Selection Committee for the post of Chairperson and Members of Lokpal, and fix a time line within which the Search Committee will complete its task.”

The Selection Committee also ‘took note’ of the Supreme Court’s views from July 17, but the minutes of the meeting do not explain why it could not comply with the court’s wishes. The committee also ‘took note’ of the composition of the Search Committee, as if the members could not have known it prior to the meeting. The Search Committee is to comprise a minimum of seven persons (including the chairperson) with experience in anti-corruption policy, public administration, vigilance, policy making, finance including insurance and banking, law and management, etc. Fifty percent of the members of the Search Committee are to be from Scheduled Castes, Scheduled Tribes and Other Backward Classes, or minorities or women.

The only decision taken at the July 19 meeting was to request the members to suggest names of suitable persons for the Search Committee, who will be considered in the next meeting of the Selection Committee, which the affidavit said will be fixed after ascertaining the convenience of the chairperson and members. It is not clear why the Centre could not have suggested the names of potential members of the Search Committee at the meeting, and sought the agreement of the members to avoid further delay. Is the Centre unable to find suitable members who can sit on the Search Committee? The affidavit is silent on what each member said at the meeting. The contribution of the CJI and the eminent jurist member to the deliberations of the Selection Committee would have been of interest.

Clearly, the four members of the Selection Committee appear to have shown no interest in fulfilling the optimism of the Supreme Court in the last hearing of the case.

On July 17, the bench had expressed its optimism, saying,

The affidavit records that the leader of the Congress, the single largest party in opposition in the Lok Sabha, was also invited as a special invitee to the Selection Committee meeting, but he declined.

It was therefore no surprise that the bench rejected the Centre’s affidavit on Tuesday and directed the concerned authority to file a better affidavit, giving full particulars, within a period of four weeks.

When Attorney General K.K. Venugopal suggested that the court indicate the nature of the particulars considered necessary, the bench must have wondered whether its July 17 order was properly understood by the Centre and the Selection Committee members. Merely taking note of the Supreme Court’s order, without showing any seriousness of intent in complying with it, borders on contempt of court.

The bench observed in its Tuesday’s order,

“We do not feel the necessity of recording any observations/directions to the said effect as the competent authority should  not have any difficulty to appreciate and understand the nature of the particulars that are required to be laid before the Court.”

The petitioner’s counsel, Prashant Bhushan, submitted to the bench that in the light of the complete intransigence of the Centre, the court, in exercise of its power under Article 142 of the constitution, must appoint members of the Search Committee and then based on their recommendations, make the appointment of the Lokpal.

The Lokpal Act came into force on January 16, 2014. Section 3(1) of the Act is categorical that there shall be a Lokpal on the commencement of the Act. The petitioner NGO, Common Cause, has prayed that the Centre must appoint the Lokpal at the earliest so that an independent institution to inquire into allegations of corruption against public functionaries can be set up. The inaction of the government is arbitrary, unreasonable and hence violative of Article 14 of the constitution and citizens’ right to a corruption free society, the petition has submitted.

Common Cause contends that in the absence of serious commitment on the part of the Centre to appoint the Lokpal within a reasonable or foreseeable timeline, and the tactics it has employed till now in contempt of the Supreme Court’s order, the exercise of powers under Article 142 would only be in aid of doing complete justice to the cause of appointing an anti-corruption ombudsman.

In view of the Centre’s reluctance in setting up the Lokpal despite it being four years since the Act coming into force, “procedural technicalities that the government is relying on to delay the appointment process, must yield to the paramount considerations of justice and fairness”, the petitioner has claimed in a note submitted to the bench.

In Manohar Lal Sharma vs The Principal Secretary and Others, the Supreme Court held in 2014, while referring to the scope of powers under Article 142:

“The Court has inherent power and jurisdiction for dealing with any exceptional situation in larger public interest which builds confidence in the rule of law and strengthens democracy.  The Supreme Court as the sentinel on the qui vive, has been invested with the powers which are elastic and flexible and in certain areas the rigidity in exercise of such powers is considered inappropriate.”

The Supreme Court’s dissatisfaction over the outcome of the July 19 Selection Committee meeting stems from legitimate concerns. Exercising its powers under Article 142, as pleaded by the petitioner, would be an extraordinary intervention, as one of the four members of the committee is the Chief Justice of India, Dipak Misra, who retires on October 1. Although Justice Gogoi, who is the senior-most puisne judge in the Supreme Court, is likely to succeed him as the CJI, in his ex-officio capacity, he will become the member of the Lokpal Selection Committee too. In that event, due to potential conflict of interest, he will be unable to hear this case any longer, as the next hearing of the case is scheduled for four weeks later.

Perhaps realising all this, the Centre is sitting pretty, because it knows it can delay as much as it can, till its current term is over.