Issue of UP Demolitions Taken Up by SC 'On Priority', Says Justice Chandrachud

On June 16, a vacation bench of the Supreme Court had taken up the plea on the demolitions in Uttar Pradesh, directing the state government to desist from any demolitions, "except in accordance with the law". 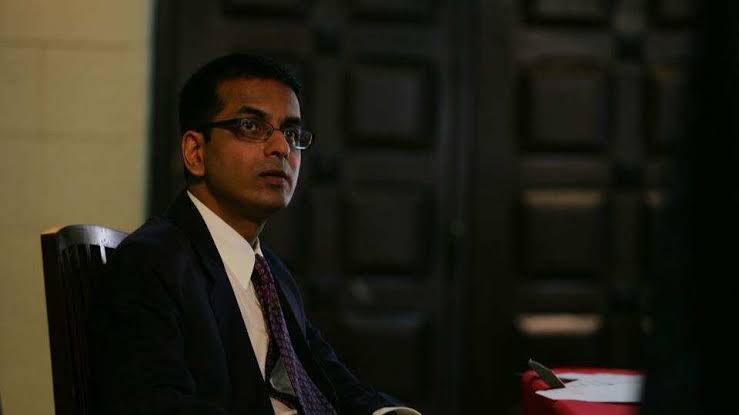 New Delhi: While delivering a lecture at King’s College, London on Monday, June 21, Supreme Court Justice D.Y. Chandrachud, was asked about the top court’s failure to take up the matter of retaliatory demolitions in Uttar Pradesh in a timely manner.

He responded by saying that a vacation bench of the top court took up the matter “on priority” and that it has even issued notice in the matter.

The vacation bench of Justices A.S. Bopanna and Vikram Nath, on June 16, had directed the Uttar Pradesh government not to carry out any demolitions “except in accordance with the law” and had given it three days to demonstrate how the spate of recent demolitions in the state had followed established laws and procedures.

Justice Chandrachud’s remarks are particularly relevant in the context of the Supreme Court’s past responses to the recent Union government-backed demolition drives seen in several states across the country.

For instance, when the Bharatiya Janata Party (BJP)-controlled North Delhi Municipal Corporation (NDMC) had undertaken a demolition drive in Delhi’s Jahangirpuri in April, Chief Justice of India N.V. Ramana had ordered a status quo on the drive. However, the demolitions, which began at 9 am, went on for hours after his order, only stopping at around 12:45 pm.

The following day, the Supreme Court had said it would take a “serious view” of the fact that the demolitions continued even after the court’s orders.

‘Citizens must engage with elected representatives to resolve issues’

Justice Chandrachud highlighted several other issues in India with respect to the judiciary during the course of the lecture, such as the increasing trend of Indians resorting to the judiciary for the resolution of societal issues, saying that it indicated the “waning power of discourse and consensus building”.

This moving away from deliberative fora and towards the court is one of the several issues the Supreme Court judge brought up during the lecture, which was on the topic of ‘Protecting human rights and preserving civil liberties: The role of courts in a democracy’.

Also read: In Today’s India, the Law Is Being Subverted to Create Social Unrest

“The growing litigious trend in the country is indicative of the lack of patience in the political discourse. This results in a slippery slope where courts are regarded as the only organ of the state for realisation of rights – obviating the need for continuous engagement with the legislature and the executive,” LiveLaw quoted Justice Chandrachud as saying.

He said that a democratic society must, at its core, resolve these issues through public deliberations and the engagement of citizens with elected representatives of the constitution. As such, he said that while the apex court must uphold citizens’ fundamental rights, it must not “transcend its role by deciding issues requiring the involvement of elected representatives”.

“Refining our rights rhetoric to include participative processes as well as substantive outcomes is one step towards recognising the complementary roles the political and legal spheres of the Constitution play in protecting our human rights,” Justice Chardachud said.

He added that the fulfilment of the ideals and protections enshrined in the cannot be achieved only by voting every five years and that it must be done through “continuous engagement with the pillars of democracy”.

Citing the examples of a number of judgments, Justice Chandrachud discussed several topics during the course of his lecture, one of them being gender.

Further, he discussed the issues facing the LGBTQIA+ community in the country and how it has “found its voice in courts”.

“The members of the LGBTQ community have lived, thrived, endured and loved through the beginning of time. In the face of stigma and prejudice, many have been forced to live their lives closeted from the ‘straight’ society. In turn, they have created their own communities, found liberation in solidarity as they together resisted the heteronormative order and have crafted their own language of “being” when the labels that the society gave them fell short of the diversity that they had to offer to the world,” he said.

Also read: ‘Not Just Their Fight’: Lessons for India from the Struggles and Victory of One Lesbian Couple

In this context, Justice Chardrachud spoke of the court’s landmark judgment in the case of Navtej Singh Johar and Ors Versus Union of India in which it decriminalised same-sex relations by scrapping Section 377 of the Indian Penal Code (IPC).

He also mentioned that in 2019, the Botswana high court had relied heavily on this judgment while declaring a law which criminalised same-sex marriage unconstitutional, also adding that it is “encouraging” that Indian high courts, since the judgment, have started recognising romantic relationships between women and have offered them protection.