The executive is shifting every contentious policy issue to the court.

All eyes are now on the Supreme Court hearing on January 11, 2021. Agitating farmers did not move the apex court and are not happy about the hearing.

The Centre seems happy. The agriculture minister’s loud statement voiced on January 8 tells it all.

This typifies misgovernance. The executive is shifting every contentious policy issue to the court. Farmers surely want a law, but a better one after due consultations. So, a repeal or keeping the laws in abeyance should be the starting point, considering the enormity of the consequences. Centre obviously has other ideas.

But what should the Supreme Court do? Strike down the laws? Or throw out the agitating farmers based on the Shaheen Bagh judgment, as some petitioners are demanding?

The judgement on the Shaheen Bagh protest delivered on October 7, 2020, was merely an academic exercise. Indeed, the Supreme Court conceded so by observing: “thus really speaking, the reliefs in the present proceedings have worked themselves out”.

Then, what was the need to write a judgment about the occupation of public space, manner of occupying them, designated places for expressing dissent etc? Had the Special Leave Petition not become infructuous? And did the Delhi high court deserve the criticism when it rightly left the matter to be tackled by the executive having regard to ground realities? Can the Supreme Court enforce these directions? Is it equipped to do so? There are some judgments where the Supreme Court has been struggling for years to enforce its own judgments. Do such judgments enhance the efficacy of the apex court?

Curiously, barely eight days after delivering the Shaheen Bagh judgment, on October 15, 2020, the Supreme Court dismissed a petition filed by the daughter of Mehbooba Mufti, who had asked the court to release her mother from detention. Despite her detention since August 5, 2019, the SC held that it was no longer necessary to decide her case since the government had now released her. Why the two set of standards by the Supreme Court within a span of barely eight days? Should the SC not have decided Mufti’s habeas corpus petition in time, instead of allowing her to languish in detention for 436 days?

This brings us back to the batch of petitions, scheduled to be heard by the Supreme Court on Monday, January 11. Real aggrieved parties, the agitating farmers, are not before the SC. Perhaps they are being dragged to the Supreme Court as respondents. The Centre has made a statement that it would request for day to day hearings. Does the Centre really expect to lose the case and escape through this safety valve? Or, even if the vires of the farm laws are upheld as constitutional, does Centre think that this would solve the problem? 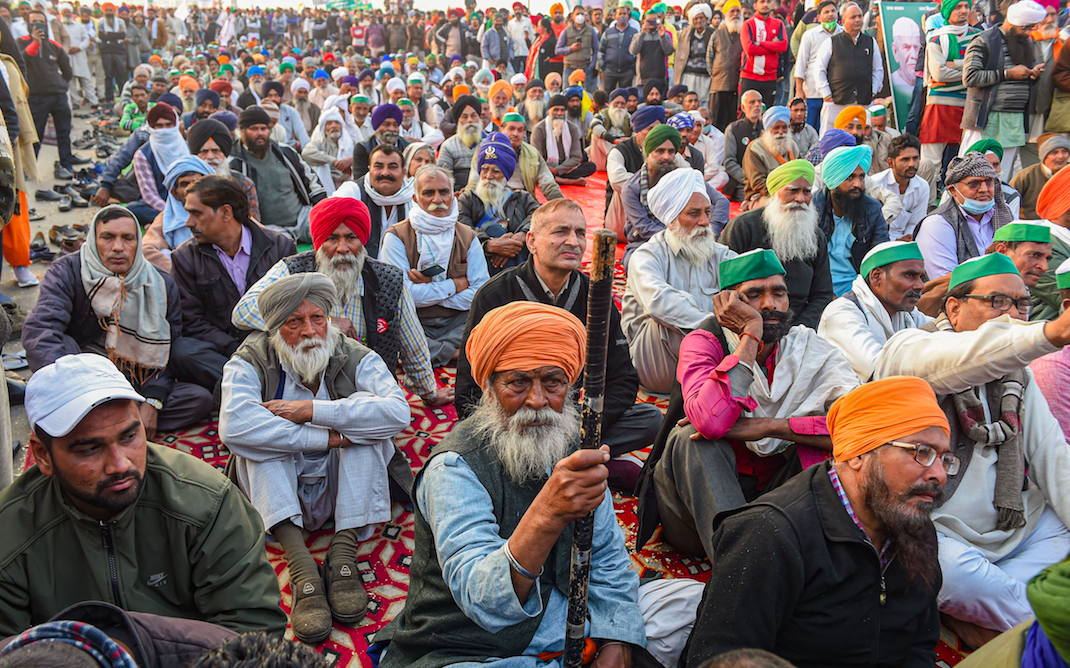 The Centre is under-estimating the ferocity of farmer’s anguish and anger. It has given the impression that it is only buying time with fruitless discussions. It’s perceived policy to divide farmers also may not work. The agriculture minister’s statement saying “we give appointments to those who are supporting the laws” after eight rounds of discussions does not reflect good faith. The agitation seems apolitical and a battle for the survival of the impoverished segment of farmers. To attack them as Khalistanis and with a slew of other adjectives is counterproductive.

Mahatma Gandhi had said, “Recall the face of the poorest and the weakest man whom you may have seen, and ask yourself: if the step you contemplate is going to be of any use”.

I have myself heard Justice V.R. Krishna Iyer once saying, “If tears do not fall from your eyes on seeing the plight of a poor man then you are not qualified to be a judge”. In his article titled ‘Who will judge the judges?‘published in The Hindu, Justice Iyer had appealed to the parliament thus:

“Parliament should wake up and implement glasnost and perestroika in the judiciary. In the name of independence, we cannot have judicial absolutism and tyranny.”

Also read: The Onus Is Now on the SC to Protect Constitutional Rights to Privacy and Free Choice

Montesquieu (1689-1755) the French judge and a political philosopher had said:

“There is no greater tyranny than that which is perpetrated under the shield of law and in the name of justice.’

Montesquieu had propounded the theory of separation of power and stated as to how “despotism” emerges when the line of separation tends to vanish. Every law student has read this theory, brilliantly articulated in the constitution bench judgment of the Supreme Court: Indira Nehru Gandhi versus Raj Narain AIR 1975 SC 2299. These concepts remain etched in memory.

The centre should shed its ego, suspend the farm laws immediately, and sit down with farmers for a dialogue so that their concerns are met.

I am sanguine that the Supreme Court, the last bastion of India’s hopes, will rise to the occasion and protect the interest of the dying farmers.